Home » World News » Chris Rock: Will Smith Slapped Me Over the ‘Nicest Joke I Ever Told’ 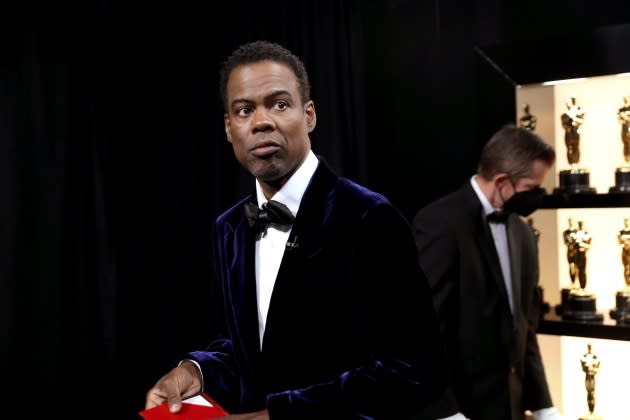 Chris Rock and Dave Chappelle recently kicked off their joint comedy tour in Liverpool, England at the M&S Bank Arena, and the two comedians held nothing back while addressing the 2022 Oscar incident where Will Smith slapped Rock across the face. Rock was presenting an award and made a joke about Jada Pinkett Smith’s bald head, angering Will Smith since Pinkett Smith has alopecia. Rock said during his Liverpool set that he got slapped for “a bullshit joke” (via Daily Mail UK).

“Did that shit hurt? God damn right,” Rock said. “The motherfucker hit me over a bullshit joke, the nicest joke I ever told.”

The joke Rock told during the Oscars was the following: “Jada, can’t wait for G.I. Jane 2.” The comedian was referencing Demi Moore’s shaved head in the original “G.I. Jane” movie.

Chappelle came down even harder on Smith during the Liverpool show, saying, “Will did the impression of a perfect person for 30 years, and he ripped his mask off and showed us he was as ugly as the rest of us. Whatever the consequences are. … I hope he doesn’t put his mask back on again, and lets his real face breathe. I see myself in both men.”

While Rock has yet to sit down for an official interview about the Oscar slap, he’s addressed the incident at several comedy shows following the Academy Awards.

“Anyone who says words hurt has never been punched in the face,” Rock said at a July comedy show in New Jersey, adding, “I’m not a victim. Yeah, that shit hurt, motherfucker. But I shook that shit off and went to work the next day. I don’t go to the hospital for a paper cut.”

The Academy has banned Smith from its membership for 10 years because of the slap. The actor resigned from the organization prior to the ban announcement.

In a statement announcing his resignation from the Academy, Smith said, “The list of those I have hurt is long and includes Chris, his family, many of my dear friends and loved ones, all those in attendance, and global audiences at home. I betrayed the trust of the Academy. I deprived other nominees and winners of their opportunity to celebrate and be celebrated for their extraordinary work. I am heartbroken.”

The Uruguayan 'micronation' where fun is the goal