The Church of England has warned that it may cut the number of paid clergy by up to 20 per cent amid fears that a fifth of worshippers may never return after the coronavirus pandemic.

A leaked internal document has warned that the majority of dioceses across the country intend to ‘prune [the] number of clergy and diocesan staff’ as the establishment looks to cut costs.

It is thought that the financial subsidies given to 5,000 loss-making parishes – out of a total of 12,000 – were also called into question. 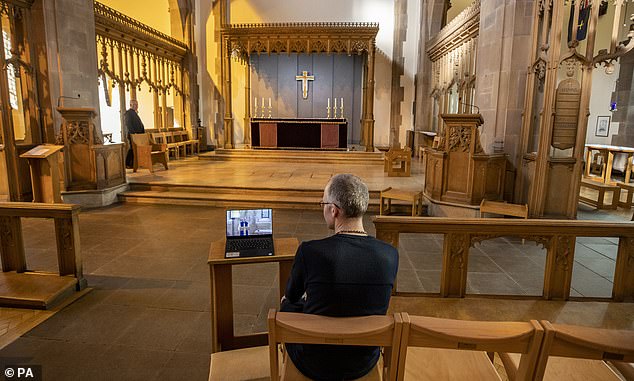 The Church of England has warned that it may cut the number of paid clergy by up to 20 per cent. Pictured: Church parishioner watching the Church of England’s first virtual Sunday service given by the Archbishop of Canterbury Justin Welby at Liverpool Parish Church

The Church of England will now look to recruit unpaid clergy with the number of paid priests being cut by 10 to 20 per cent, one source told The Sunday Times.

These new recruits would join the 2,870 unpaid clergy, 7,370 retired clergy who continue to officiate and 7,830 lay readers already part of the establishment.

The publication also stated that the document questioned ‘the sustainability of many local churches’.

It comes after Stephen Cottrell, who took over as Archbishop of York during the pandemic, pledged to reform the Church of England in order to make it less middle class.

The married father-of-three previously renewed his calls for greater equality for black and minority ethnic (BAME) clergy in the upper echelons of the church, and said bishops ‘must take responsibility’ for a lack of diversity.

He also pledged the church should welcome ‘absolutely everyone, regardless of their sexuality,’ adding ‘there is absolutely no place for homophobia in the Church’.

The Archbishop vowed to use his new role to help soothe the nation’s divisions following years of political turmoil over Brexit saying Boris Johnson’s promise to unify Britain was ‘deserving of our support’. 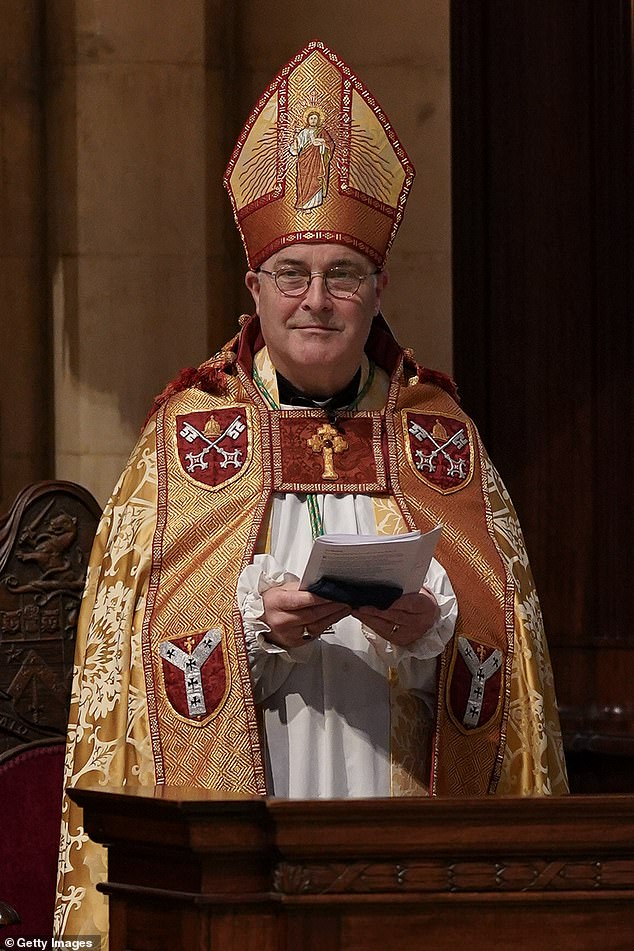 It comes after Stephen Cottrell, who took over as Archbishop of York (pictured) during the pandemic, pledged to reform the Church of England in order to make it less middle class

But traditionalist now worry that he is ‘cashing in on coronavirus’ by using it as an excuse to cut the numbers of priests and sell off vicarages.

All church buildings were ordered by the government to stay closed from March 24 to July 4 amid the national lockdown.

This prompted religious services to move online – including the Easter Day Service conducted by Archbishop of Canterbury Justin Welby from his kitchen – despite the average age of the UK’s churchgoer being 61.

The report concluded that: ‘Online worship will have become a significant part of the mainstream.

‘The Church of England could emerge from the pandemic smaller in terms of engagement by at least some measures, but particularly physical attendance.’

Putin says Russia will not impose trade restrictions on Georgia