The building industry and the Government knew of the dangers posed by cladding 13 years before the Grenfell Tower fire, leaked documents suggest.

Five cladding systems failed fire tests as early as 2004, including one similar to that used on the west London tower block which has since been blamed for the spread of the blaze.

The results, marked ‘commercial in confidence’, have only been made public after they were disclosed by the BBC last night.

It came after new Housing Secretary Michael Gove faced calls to sort out the cladding crisis. Thousands of protesters descended on Parliament Square yesterday to demand an end to the building safety scandal once and for all.

Hundreds of thousands of flat owners face bills of up to £150,000 each because their homes are wrapped in unsafe cladding. 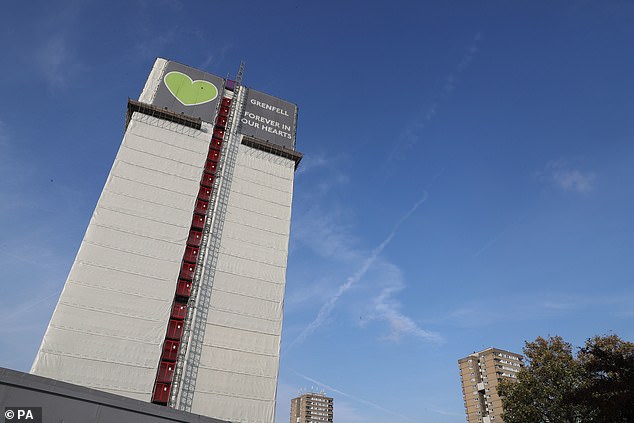 The building industry and the Government knew of the dangers posed by cladding 13 years before the Grenfell Tower fire, leaked documents suggest

The 2004 tests, commissioned by the then Labour administration, were among the first of full-scale building systems developed in the late 1990s. All five cladding systems tested failed ‘proposed performance criteria’.

Cladding expert Dr Jonathan Evans said the results could have been ‘vital’ in assessing fire risks after the 2017 Grenfell tragedy, in which 72 died. He told the BBC: ‘We all proceed along the route of thinking these systems are safer than they are, until there’s a disaster.’

The UK Cladding Action Group said the leaked documents showed ‘the Government and its advisers knew these materials were dangerous, but simply stood back and allowed them to be installed on hundreds of thousands of buildings.

The British state knew from this moment on that it was gambling with a disaster in a high-rise, but it chose not to act.’

Tory rebels on the cladding issue said yesterday that the early signs were ‘positive’ after contacting Mr Gove to hold talks in the coming weeks.

The Daily Mail has led the way in calling on ministers to fix unsafe flats. The Government has tripled its fund to fix dangerous cladding to £5.1billion, but it excludes those living in smaller blocks and non-cladding related defects.

Commenting on the leaked documents, the Ministry of Housing, Communities and Local Government said the 2004 tests were designed ‘to check the criteria for testing’, not the ‘intrinsic safety of building materials’ and the findings fed into a review of technical standards used by building designers to assess the safety of cladding. 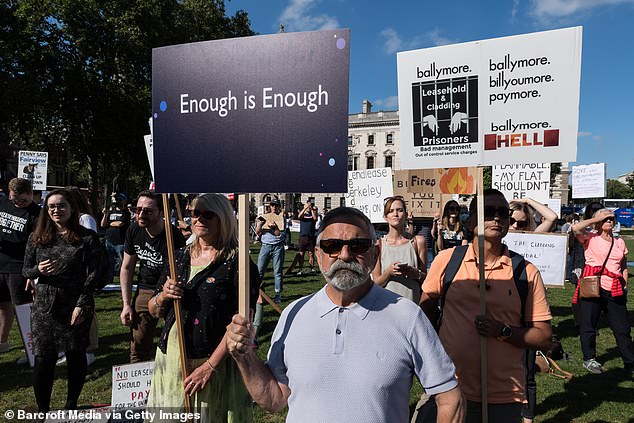 Hundreds of thousands of flat owners face bills of up to £150,000 each because their homes are wrapped in unsafe cladding. Pictured: A protest in London on Thursday

DRC presidential election: What you should know