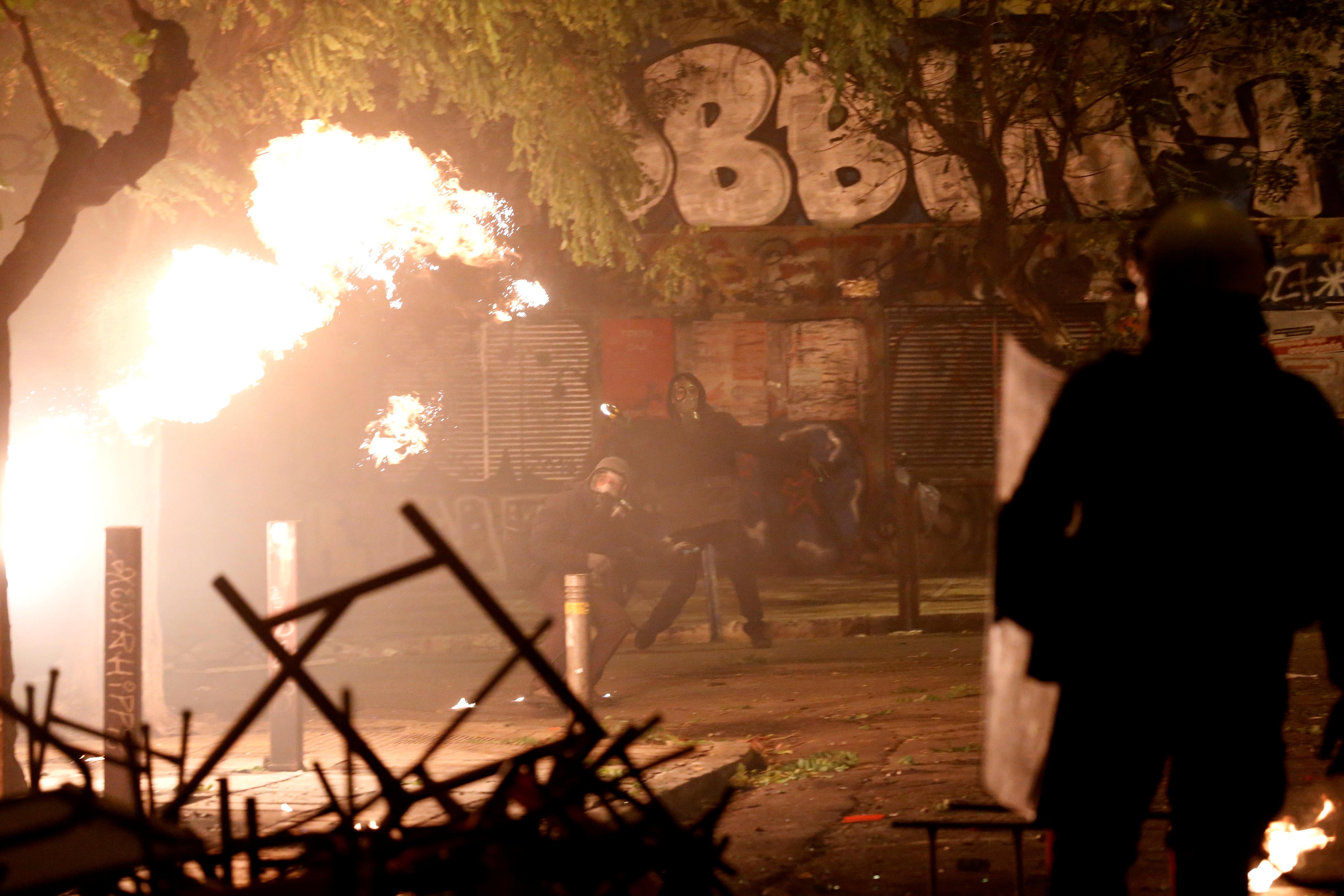 ATHENS (Reuters) – Greek police clashed with young protestors in central Athens on Saturday after thousands marched to mark the anniversary of a violently quashed student uprising in 1973 that helped topple the military junta.

More than 10,000 demonstrators marched peacefully through the center of Athens, which was heavily guarded by police.

The procession ended at the embassy of the United States, which many Greeks accuse of having supported the 1967-1974 seven-year military dictatorship.

After the march ended, clashes broke out between police and protesters hurling stones and petrol bombs at them in the district of Exarchia, home to Athens Polytechnic, where dozens died in 1973.

Earlier, many people laid wreaths and carnations at the Athens Polytechnic to honor those killed in the 1973 revolt.