Climber discovers a LAKE 11,000ft up in the Alps formed from melted snow – and warns it is an ‘alarming’ sign of climate change

A hiker has discovered a lake made from melted glacial snow 11,100ft up a mountain in the Alps.

Bryan Mestre posted the ‘alarming’ discovery to Instagram, claiming the lake had been formed in just 10 days near the top of Mont Blanc.

Warning his followers of the situation he wrote: ‘Time to sound the alarm. 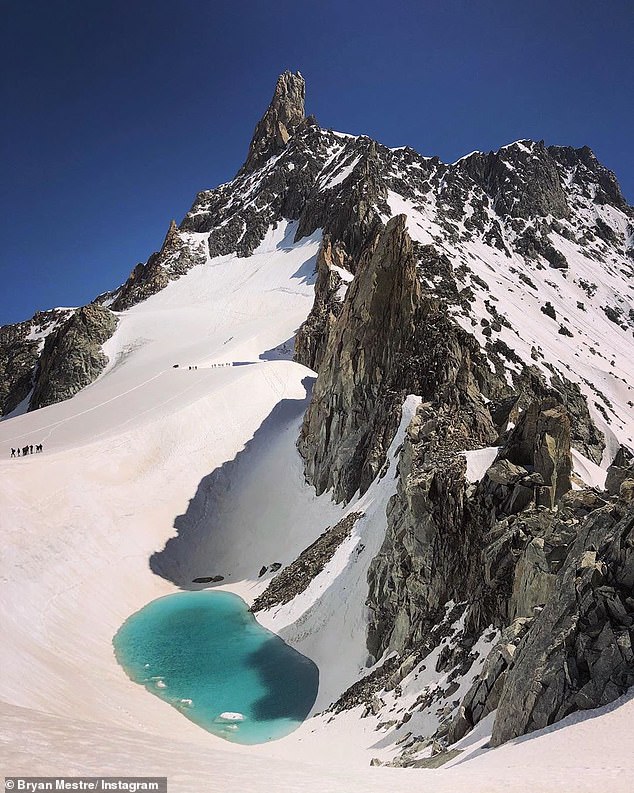 ‘Only 10 days of extreme heat were enough to collapse, melt and form a lake at the base of the Dent du Géant and the Aiguilles Marbrées.’

Mr Mestre believes the lake came as a result of climate change and blames the heatwave that struck the alps with temperatures as high as 50F (10C).

The top of Mont Blanc is usually about -4C.

Mr Mestre added: ‘This is truly alarming, glaciers all over the world are melting at an exponential speed.’ 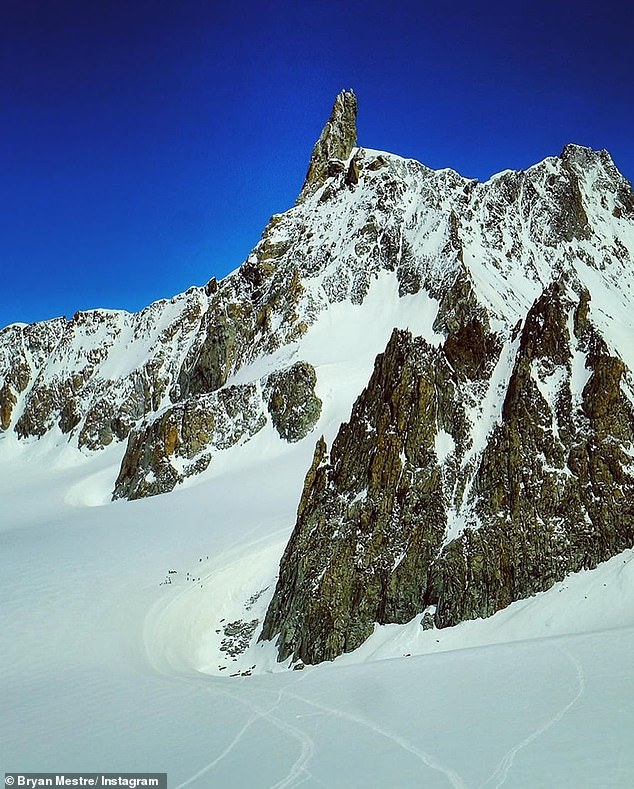 Mr Mestre posted two photos on Instagram, one which he claimed was taken by Paul Todhunter 10 days before he discovered the lake

While Mr Mestre claims he has never seen anything like this before, glaciologist Ludovic Ravanel claims he found a similar lake forming in 2015.

Mr Ravanel spoke out in 2015 about his worries of global warming causing the collapse of mountains.

In an interview with Le Monde, Mr Ravanel said: ‘You must not see the high mountains as something extremely solid.

‘Often, it is simply a tangle of rocky elements whose stability is allowed by the presence of ice.’

He warned that if the ice begins to melt then mountains could start to crumble and collapse.

According to the EU’s Copernicus Climate Change Service, last month was the hottest June ever recorded on earth.