Sales of mince pies are being brought forward as shoppers stock up on packs for the freezer amid fears of shortages at Christmas.

The Central England Co-op says shoppers are already keen on buying festive foods and so they have answered the call by putting festive products on shelves now.

The retailer said it has rolled out the products following customer enquiries in-store and via social media on when the festive treats would be available.

Market research conducted by the chain found customers are keen to enjoy a mince pie now, but ‘they also want to stock up ahead of any potential food shortages’.

They are also keen to enjoy a ‘more normal’ Christmas after the disappointment for many of last year’s celebrations being cancelled due to Covid-19 restrictions. 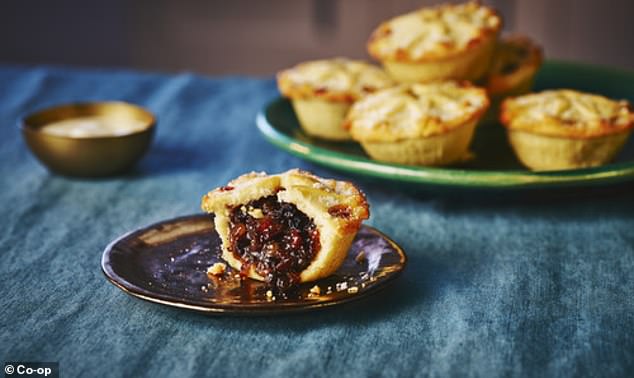 Sales of mince pies are being brought forward by the Co-op, which issued this publicity image 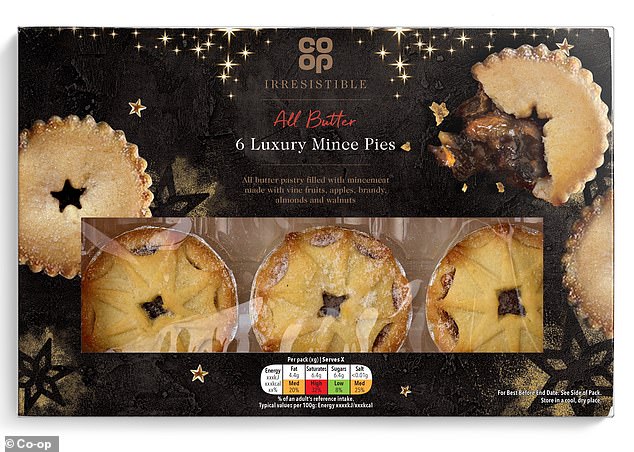 Supermarkets have warned that gaps on shelves are likely to get worse in the run-up to Christmas amid a shortage of workers in the food industry, particularly delivery drivers.

Meat processors have even suggested festive favourites, such as pigs in blankets, gammon and fresh turkeys could be in short supply.

Natalie Smith, of Central England Co-op, said: ‘For months now our colleagues have been inundated with requests for when our Christmas products will be on sale, especially mince pies.

‘While we know that hearing about anything festive related this early is not for everyone, for some they cannot wait so we have decided to give people what they wanted and put them on sale early. 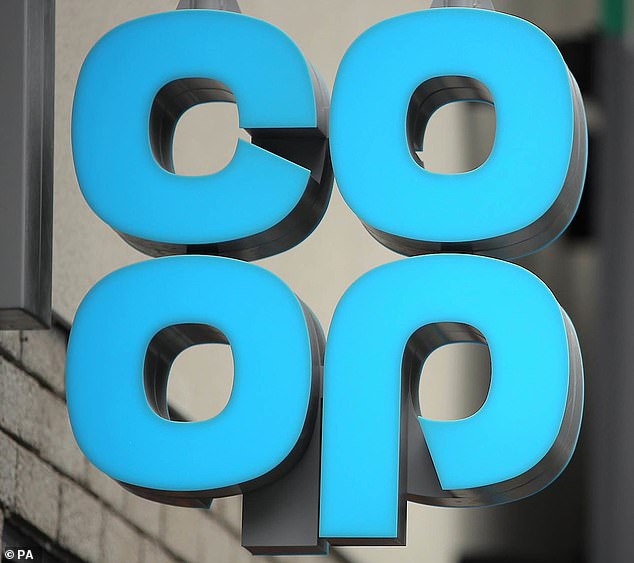 ‘I have no doubt that mince pies and anything else Christmas related will fly off the shelves now that it is available, especially during these uncertain times when people need and deserve a boost.’

Packs of mince pies have also been spotted at some Asda and Iceland outlets.

Iceland saw a spike in searches for ‘Christmas’ and ‘Mince Pies’ on its website from as early as July. During August there were some 200 to 250 searches per day for ‘mince pies’.

Its trading director, Andrew Staniland, said: ‘Christmas is always a huge time of year for Iceland. 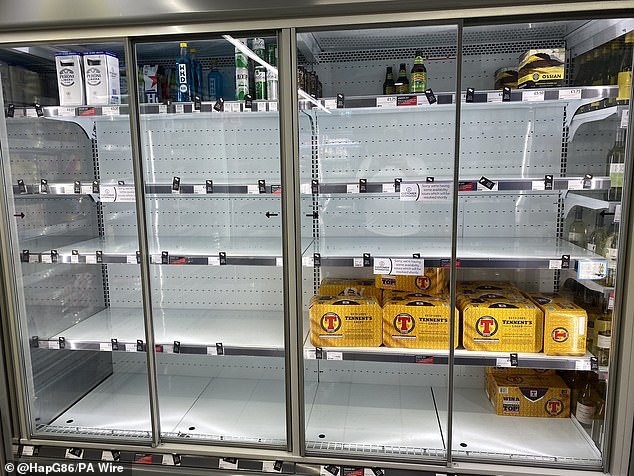 Supermarkets have warned that gaps on shelves are likely to get worse in the run-up to Christmas. Pictured above are empty shelves at a Co-op store in July

‘Our mince pies are incredibly popular and we expect 2021 to be no different.’

Online searches for Christmas products have already doubled on last year’s record high – with a rise of 105 per cent.

The most searched for products included Christmas trees, lights and wreaths.