BBC Weather: Europe to be hit by stormy conditions

Although the UK is now entering spring, forecasters are predicting the mercury to drop to close to -4C (24.8F) in some areas with the chances of wintry spells. Large parts of the Highlands of Scotland will see temperatures fall below freezing to -4C on March 12 due to a cold snap of air moving across the Atlantic. Such is the cold air gripping Scotland, some forecasters have warned of wintry showers on Friday in the north of the country.

These low temperatures will remain for large parts of Scotland into next week, while the North of England will fall to close to freezing on March 12 according to graphs from WXCharts.

In further graphs from the forecaster, temperatures for the UK as a whole are set to fall -4C below what is expected at this time of year on Friday.

In a further bitter cold snap, the weather front rolling in from the Atlantic will bring with it a -6C (21.2F) drop in temperatures below normal levels for the South and South-West of England on Friday.

Parts of the Midlands and South East of England will also see the mercury drop -4C below normal levels heading into the weekend. 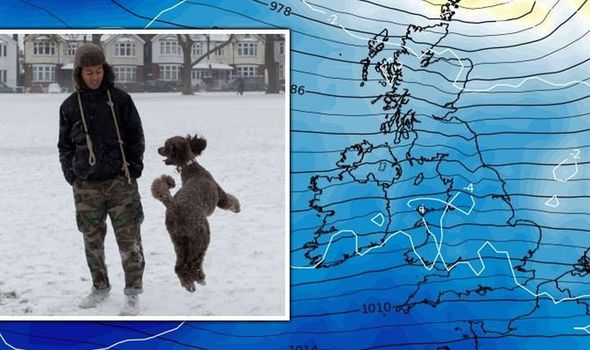 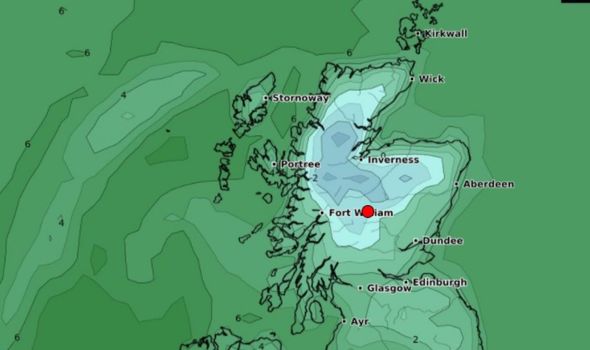 Commenting on the weather going forward, the BBC’s Ben Rich said: “A hook of cloud across the Atlantic is being picked up by a strong jet stream.

“It turns into an area of low pressure and will bring strong winds from Wednesday night into Thursday.

“There will be spells of rain and wind.

“Going through Tuesday night, the strong wind will stagger across the South East.

JUST IN: Brexit LIVE: UK and EU at ‘major crossroads’ as row erupts 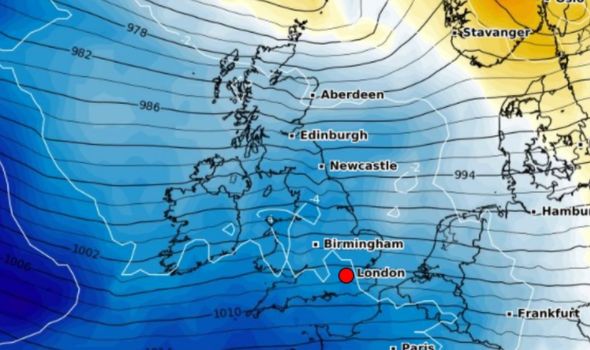 “Wednesday is going to bring some wet weather to start off with across England and Wales.”

Throughout Wednesday, the BBC weather forecaster predicted winds will intensify forcing the Met Office to issue a yellow weather warning for gales.

The Met Office has issued a yellow weather warning for the entirety of England and Wales on Wednesday for wind.

This weather warning will remain on Thursday as Britons are battered by the heavy front of weather from the Atlantic. 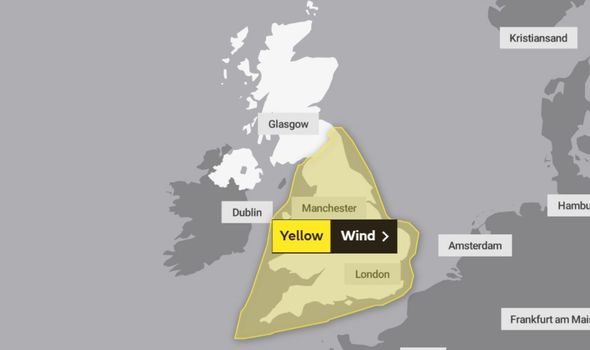 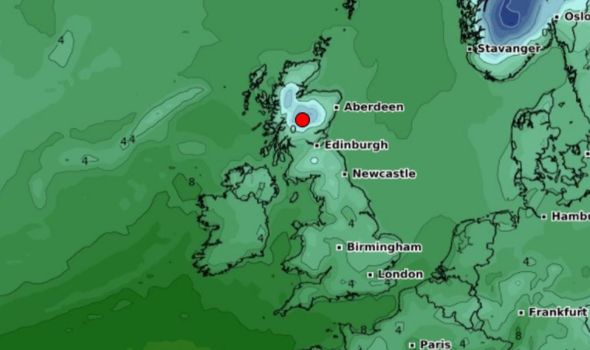 Due to these strong winds, the BBC forecaster predicted some possible “wintry showers” in the north of Scotland.

On Saturday, the weather conditions will intensify with chances of sleet, hail and rain all increasing.

Late on Saturday night, temperatures for large parts of Scotland will once again fall to close to -5C (23F) according to the weather graphs.

For most of the South of England the mercury will struggle to rise beyond double digits, while in areas such as Carlisle, the mercury is expected to fall below freezing.

In the Met Office’s outlook between Thursday to Saturday: “Unsettled with showers or longer spells of rain.

“The showers heavy at times with hail and thunder, and wintry over northern hills.

“Windy, although gales across the south should ease.” 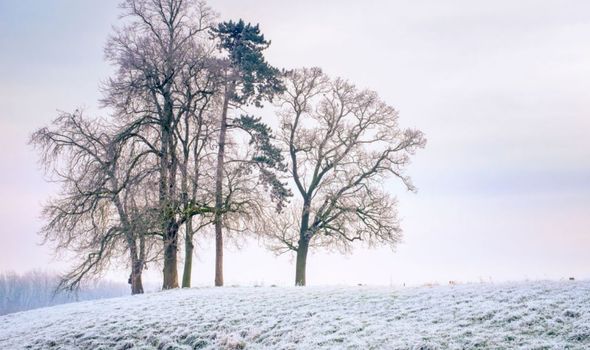 However, looking ahead into next week the forecaster has predicted an improvement in weather conditions.

Once the heavy band of Atlantic weather clears, the Met Office states there be an increased chance of drier weather for many across the UK between March 14-23.

World on brink: 2020 set for chaos across third of globe – shock report