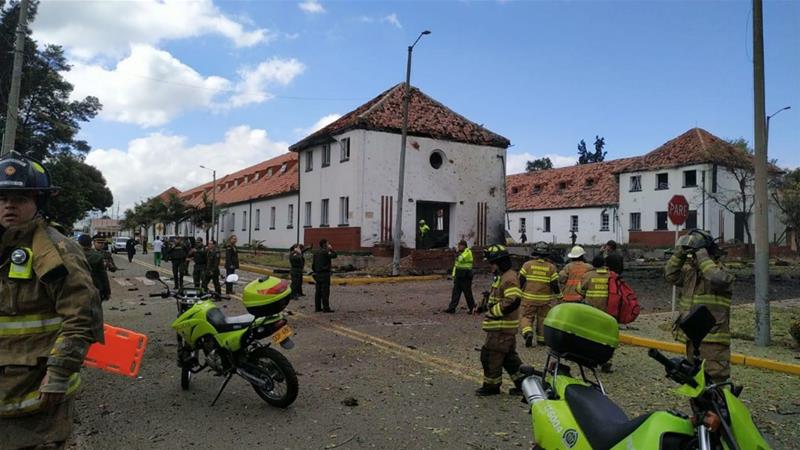 Colombia has asked Cuba to hand over the rebels affiliated with National Liberation Army (ELN), who were in Havana for peace talks, after a deadly car bombing in Bogota was blamed on the group.

Conservative President Ivan Duque urged Communist-ruled Cuba, a host and one of the guarantors of the peace process, to send home the ELN rebels in Havana.

Cuba’s foreign minister said in a tweet late on Friday that the country would respect the protocols of the negotiations it had been hosting and was consulting with both parties and the guarantors of the talks.

On Friday, Colombia blamed the leftist ELN for the bombing of a police academy in Bogota that killed 20 people as well as the attacker, dealing a big blow to the peace process.

Duque then announced that he was reinstating arrest warrants for 10 ELN members, who are part of the group’s delegation to the Cuba talks.

The talks were aimed at ending more than five decades of fighting by the Marxist-inspired group. Duque said that Cuba must not protect the rebels.

The police academy car bombing “was a crime that violated human rights and no such act deserves [Cuba acting] to avoid justice being done”, Duque said while giving a speech in Tolima.

Colombians, including Duque, planned to join in a march on Sunday to protest against the car bombing, the worst such attack in the country in 16 years.

In November, Colombia asked Cuba to capture ELN rebel commander Nicolas Rodriguez and provide information about the presence of other commanders in the Cuban territory.

The government in Bogota also asked Havana to act on an Interpol Red Notice against Rodriguez. The Cuban government did not respond publicly to that request or made a statement about the issue.

Colombia has experienced several years of relative calm since the 2016 peace accord signed by then-President Juan Manuel Santos and the Revolutionary Armed Forces of Colombia (FARC) fighters.

With the landmark agreement turning the former rebels into a political party, the smaller ELN is considered the last active rebel group in the country.

True to his election promises, Duque has taken a hard line against the ELN.

Peace talks with the ELN began in February 2017 under Santos, but Duque has put them on hold until the rebels free all their hostages and stop attacks on military and civilian targets.

The group is believed to be currently holding 17 hostages, some of them for several years.