But Wednesday at NFL owners meetings in North Texas, it appeared it had shifted from when he addressed media at league meetings two months prior.

It was then that Irsay stood before media in a New York hotel atrium and said he believed there was “merit to remove” Dan Snyder from team owner of the Washington Commanders.

“I’m not ready to vote him out,” Irsay said from the back seat of a golf cart as meetings concluded. “To me, more has to be revealed.” 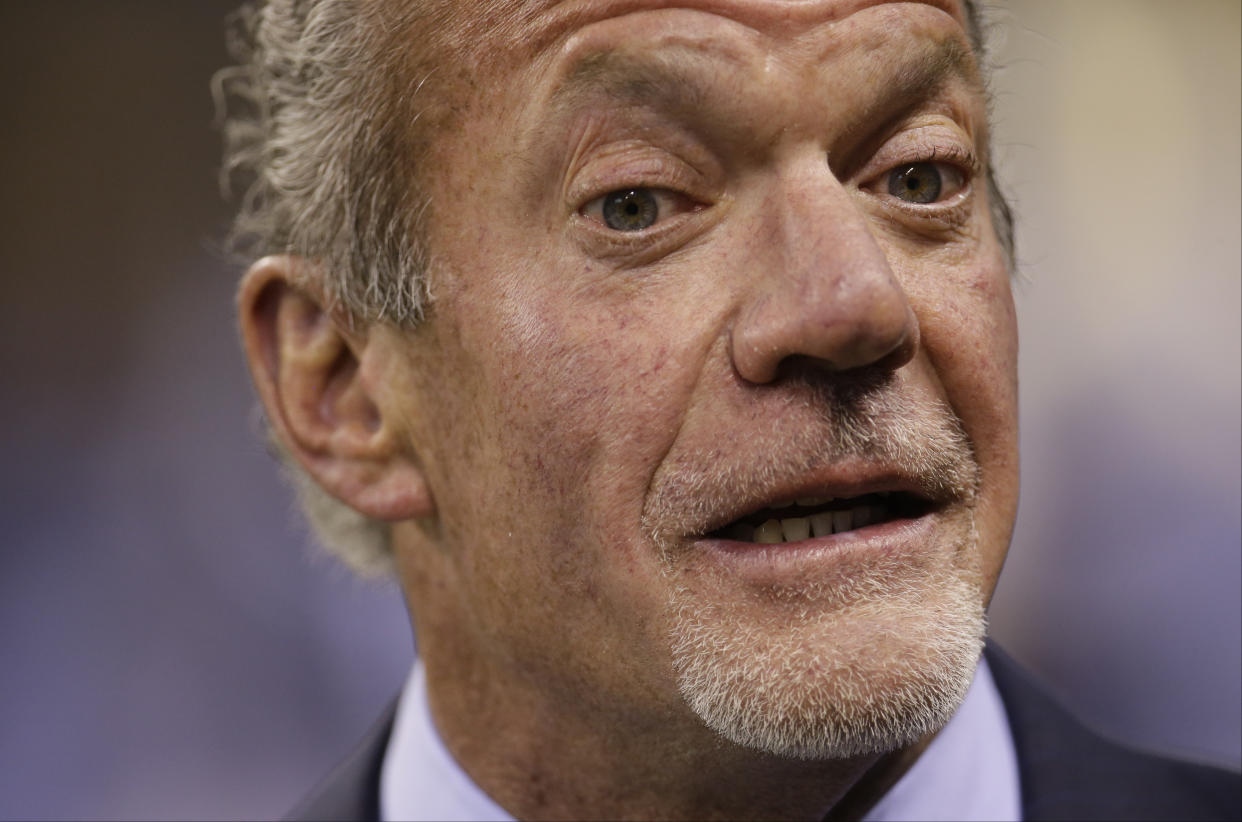 Snyder and the Commanders have drawn the attention of multiple investigations from local, federal and NFL authorities. The team has faced allegations of sexual harassment, workplace toxicity, financial impropriety and interference with investigations. The league-appointed independent investigator has yet to conclude her report, NFL commissioner Roger Goodell saying Wednesday they have not given her a timeline to wrap nor will they. The U.S. House Committee on Oversight and Reform, meanwhile, implicate Goodell and the league office for failing to hold the franchise accountable.

Irsay said owners did not discuss routes to a sale on Wednesday though they were briefed on the 79-page Congressional report released Dec. 8. Irsay said he’d want thorough discussion among all NFL team owners, as well as a forum with Dan Snyder, before moving forward with action.

“I just think we’d have to talk about everything that’s happened from his perspective,” Irsay said. “I’m an old-school guy. I go back to the days when (there) were only 16 owners and you did everything and you were involved as an owner to a very big degree. So, I think it’s something where you’d want to, in the right forum, just try to hear the full story because it’s a big deal and I don’t just vote someone out without really, really knowing what’s going on. I don’t enough that’s going on.

"I don’t have any expectations on that. Dan’s statement that he put out is that he was exploring that."

Snyder hired Bank of America Securities in November to explore possibilities of a sale. It’s unclear if he would sell the full team or merely a minority interest. Irsay said he considered a sale “certainly a better solution” than forced removal. Goodell said he didn’t “have any expectations” a sale would occur.

“We want to be really, really guarded about what’s said in the meeting,” Dallas Cowboys team owner Jerry Jones said, in declining comment.

Dan Snyder did not attend Wednesday’s meeting, though his wife, Tanya, did. Tanya Snyder left the meeting just before 5 p.m. on Wednesday, Jones saying he “had a good visit with” her during attendance.

The conclusion of the drawn-out league investigation is likely to factor into any decision by owners. Twenty-four of 32 teams would need to be in favor of removing Snyder to trigger that ultimatum.

Irsay wants the conversation to continue. But Wednesday, two months after becoming the first team owner to advocate for a move, he scaled back his comments to say there’s “merit to look at that possibility” rather than his previous assertion there was “merit to remove.”

“This is a big decision,” Irsay said. “I said ‘give it consideration’ or ‘look at it.’ I never said ‘vote him out.’

“Sometimes there needs to be some time where people are talking and behind the scenes there are solutions that can be found.

“It’s something that’s a big deal.”