Home » World News » Contraception use on the rise in 69 poorest countries: report

Since 2012, over 46 million women in the world’s lowest income countries got access to contraception, a new report says. 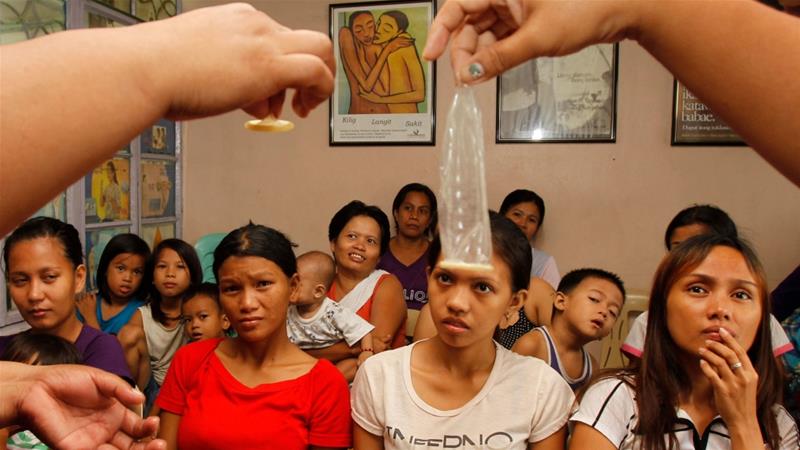 Almost 46 million women and girls in the world’s lowest-income countries have gained access to contraception over the past six years, a new progress report from Family Planning 2020 (FP2020) has said.

Currently, 317 million women and girls have access to contraceptives in the 69 lowest-income countries, according to FP2020, a global organisation that was formed in 2012 after a summit on family planning in London.

Al Jazeera spoke to Beth Schlachter, FP2020’s executive director, about how contraception empowers women and societies, which countries are doing better than expected and what are the main challenges in the efforts to raise awareness.

The interview below has been slightly edited for clarity and brevity.

Beth Schlachter: Family Planning 2020 was started in 2012. We wanted to bring the focus back on issues around family planning and contraception, because we felt it had slipped from the development agenda.

Our goal by 2020 is to reach an additional 120 million women and girls who want to use contraceptives but don’t have access to these services or products, and to improve the health systems in general.

We focused specifically on the 69 lowest-income countries in the world to reach these 120 million women.

Al Jazeera: How do you plan to achieve your goal?

Schlachter: The core of our work consists of partnerships with those 69 countries, and then focusing on what the country itself sets as goals in a way that would allow other development partners and donors to align behind, and partner with, to achieve their goal.

When a country makes its own commitments about what it wants to achieve, we work with them to analyse on how they can get there.

Many countries make commitments like raising their budget, giving an amount or percentage for that increase.

Others give a number of people they want to reach, or something very specific like access to condoms.

Our help is very practical, and a lot of education goes with it.

Al Jazeera: What have the results been over the past six years?

Schlachter: There are 317 million women and girls who have access to contraceptives in those 69 countries, which is about 46 million people more than in 2012, when we started this project.

That’s 30 percent more than our prediction if we hadn’t started this partnership.

We realise this means that we’re off-track to reach our goal of reaching 120 million women by 2020, and we recognise that.

Our current projections show that we’ll get there around 2025.

Al Jazeera: Why is contraception and family planning in general so important?

Schlachter: The number of children in a family has a lot of impact on other goals – not only for the family but a country as a whole.

We want girls to stay in school and be educated. When women are educated and enter the workforce, every community and every society has a much better chance of raising their economic prospect.

It empowers people to control every aspect of their life.

For example, in Afghanistan, where there are really high numbers of child marriage, there is a higher chance these girls will stay in school, even if they’re married young, when they have access to contraception.

Al Jazeera: What are some of the countries that have made significant progress over the past few years?

Schlachter: Some of the biggest progress has been in Rwanda and Burkina Faso, two countries that have set goals and striven to achieve them.

In these countries, we’ve seen a big increase in the different number of products available for women, and that’s important because women want and need different products as they grow older.

Another country that has seen a lot of growth is Afghanistan, which is a very complex environment to work in.

Now, 1.2 million women are using modern contraception, and that’s almost a third more than what we saw in 2012.

Al Jazeera: What are some of the main problems you’ve encountered, and which countries specifically have been hard to work in?

Schlachter: There are still big social, cultural, religious and familial barriers – that is a global phenomenon.

The fact that women should have autonomy over their bodies is something that is still an issue in a lot of places.

It is also hard to make it clear that this is not something that is just about women, it is also about men. In a healthy relationship, both sides should have an open conversation about if, when and how many kids they want.

A country that has been really hard to achieve anything is Nigeria, especially the northeastern Lake Chad region.

There, women sometimes have five, six, seven kids, and that is not a realistic way of solving the issues these people have.

The Nigerian government has had real issues with reaching people in this area, and in the coming decades this will lead to significant problems if something is not done.

Al Jazeera: What is an important part of this issue that you think should not be forgotten?

Schlachter: It’s really important to focus on large humanitarian crises like in Bangladesh, where thousands of Rohingya women that have fled from Myanmar now live.

A lot of these women were sexually violated when they fled and are now traumatised because of that.

I want to credit the Bangladesh government, because they are doing the best they can to help these women.

What this issue highlights is that women don’t stop being pregnant simply because they’re on the move. It’s really important that we consider the health needs of these women, especially in vulnerable situations like this.

And, overall, what I think is most important is that we want to show girls and women in these countries that they have more value than just being a mother. We want to show them that they can be teachers or scientists.

Donate to Beirut: How to help Lebanon recover after devastating explosion

School bans parents from delivering McDonald’s and KFC for students