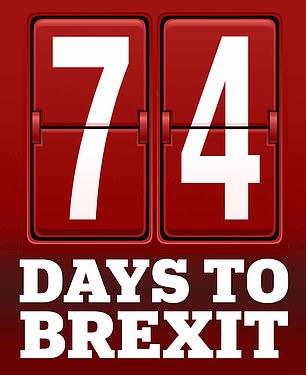 Jeremy Corbyn will today promise a revolution, saying a general election triggered by the Brexit crisis would provide change on the scale of 1979.

The Labour leader is set to use a speech to lay out his vision to rebuild Britain and vow to do ‘everything necessary’ to prevent No Deal, as well as promising a second referendum.

Speaking ahead of a fact-finding trip to Ghana, he will say a general election could lead to change on a par with 1945 or 1979 – the year Margaret Thatcher was elected.

He will tell the Pen Green Children’s Centre in Corby, Northamptonshire that Britain faces even greater problems than crashing out of the EU, and will say that a Labour government would offer a ‘real change of direction’.

Promising to ‘do everything necessary to stop a disastrous No Deal,’ Mr Corbyn will say: ‘A general election triggered by the Tory Brexit crisis will be a crossroads for our country. It will be a once-in-a-generation chance for a real change of direction, potentially on the scale of 1945 or 1979. Things cannot go on as they were before.’

His comments will come ahead of a four-day fact-finding tour of Ghana. He will make the 6,000-mile round trip instead of building cross-party support to thwart No Deal. 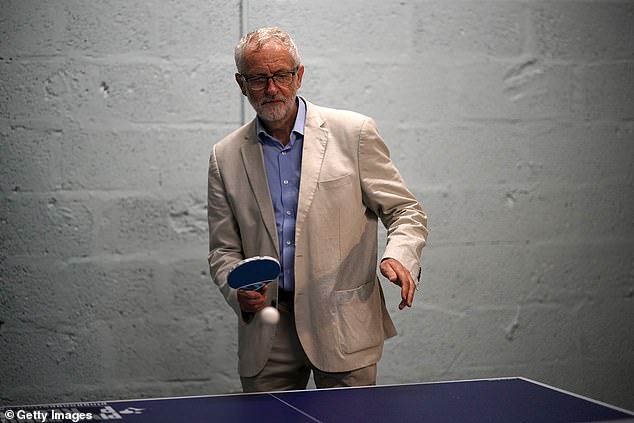 The Labour leader (pictured) is set to use a speech to lay out his vision to rebuild Britain and vow to do ‘everything necessary’ to prevent No Deal, as well as promising a second referendum

One Labour MP told The Sun: ‘It would help matters if the party leader wasn’t going abroad at such a time. But what would help most is if he wasn’t Labour leader.’

Labour, believed to be funding the trip, said meetings were planned with the leaders of Ghana’s National Democratic Congress. 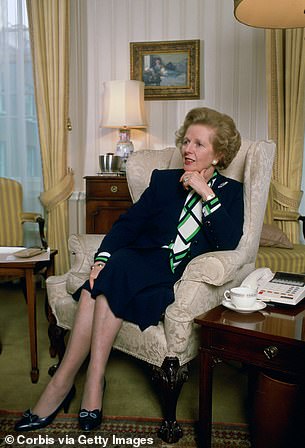 Speaking ahead of a fact-finding trip to Ghana, he will say a general election could lead to change on a par with 1945 or 1979 – the year Margaret Thatcher (pictured) was elected

Accusing the Conservatives of having ‘failed our country’, Mr Corbyn will say Boris Johnson and his ‘hard-right Tory Cabinet have direct responsibility for the Tory decade of devastating damage done to our communities and the fabric of our society’.

He will add: ‘The Tories have lurched to the hard Right under Boris Johnson, Britain’s Trump, the fake populist and phoney outsider, funded by the hedge funds and bankers, committed to protecting the vested interests of the richest and the elites, while posing as anti-establishment.’

Mr Corbyn will go on to say: ‘Labour believes the decision on how to resolve the Brexit crisis must go back to the people.

‘And if there is a general election this autumn, Labour would commit to holding a public vote, to give voters the final say, with credible options for both sides, including the option to remain.’

Tory chairman James Cleverly said: ‘Jeremy Corbyn has done all he can to frustrate delivering on the referendum.

‘Only Boris Johnson and the Conservatives can provide the leadership Britain needs and deliver Brexit by October 31.’

New French government to be unveiled on Monday: Elysee sources

Just a THIRD of civil servants expected to be back in office this year, union boss admits