As he leans back in the tall bar stool, Fernando Fraguas gestures around him.

The beach is busy, but not packed. The sea is rolling in and the temperature is hot. “It’s so lovely here now; it’s the perfect time to visit,” he says.

Except, of course, there’s a good reason why the beach in Torremolinos is quiet. This time last year, the resort was buzzing with visitors from around the world, and particularly from Britain.

Now, the supply of visitors has dwindled and, thanks to the decision to impose a quarantine on those returning to Britain from Spain, the numbers are about to plummet yet further.

Fernando is the general manager of a bar that sits right between the boardwalk and the beach. One one side, people walk past in masks; on the other, the sun loungers are socially distanced.

“We have done a lot in the past few months to get ready,” he tells me. “Masks are mandatory. The number of cases here is very low – much, much lower than in Catalonia. It is safe to be here.”

Like many among Spain’s southern resorts, he professes to being confused by the decision of the British government. But he is also irritated and worried.

Spain’s economy leans heavily on tourism, which accounts for about 11% of the nation’s gross domestic input.

And its most regular visitors are Britons, who make more than 18 million trips per year. Or, at least, they did last time around, before coronavirus smashed the industry.

So out of all the money generated in Spain, one euro in nine comes from tourism. And in places such as Torremolinos, the dominance of tourism is vastly greater – and its flagging health all the more biting.

“It is so important because it’s our main industry,” says Fernando.

“We cannot change our tourism industry for another one from one day to the next. That’s what we live for – or rather, what we live from.”

There are signs everywhere. At Malaga Airport, security guard Jose Manuel says he is saddened by cancelled planes, and by those that arrive carrying far, far fewer passengers than normal.

He tells me he is sorry for this region, but also for the Balearic and Canary Islands, where reported cases are very low, and where the dependence on tourism is even more profound. 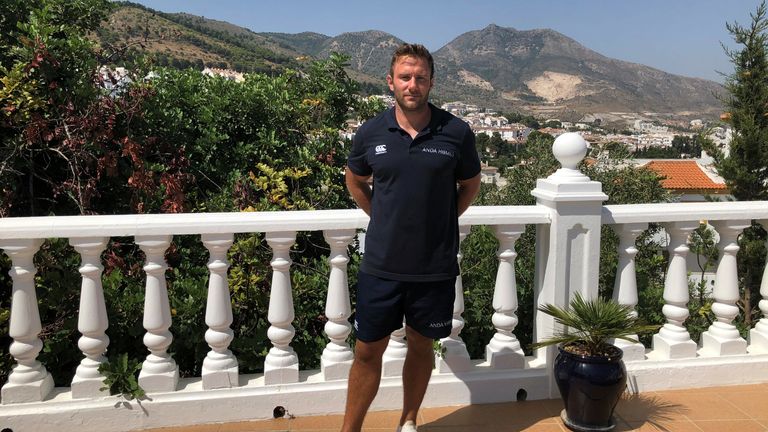 Up in the hills around Torremolinos, Rob Springall rents out holiday villas through his company, Anda Homes. He’s already had a run of cancellations and fears more are to come.

When I ask him about the timing – about the lack of notice – he shakes his head and winces. “So much uncertainty – the worst thing,” he says.

And that is the problem.

Everything about this feels unsure, changing and unpredictable – the potency and spread of the virus, the UK government’s rules, the response from politicians in Spain and the ability of Spain to cope with this hammer blow to a crucial industry.

The balance of these sorts of policy decisions is always between panic and prudence.

How far the pendulum has swung is simply a matter of opinion.

Iran attack: Is World War 3 going to happen as Iraqi MPs back forcing US troops out?