Queensland to open border to NSW

Queensland will reopen its border to NSW on Monday, February 1, Queensland Premier Annastacia Palaszczuk has announced on Nine’s Today show. We’ll get more details as soon as we can. 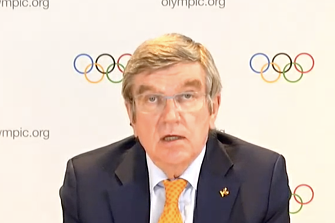 He said speculation that the games would be cancelled or postponed again as the coronavirus pandemic continues to ravage much of the world was hurting the athletes and not helpful.

“We are not losing our time and energy on the speculations but we are fully concentrating on the opening ceremony on the 23rd of July this year,” he said.

“We are not speculating on whether the games are taking place, we are working on how the games will take place.

“We are working on the basis of having all athletes there in Tokyo for all events,” he said.

Read more: ‘Not losing our time’: IOC insists Olympic Games will go ahead in Tokyo

Good morning, we’re back with today’s coronavirus blog, bringing you the latest news and press conference livestreams through the day.

Before we get going, let’s have a quick look at what happened yesterday:

And with that, welcome to Thursday!