Home » World News » Couple 'shot at' after building 4ft fence to stop people queueing for fish and chip outside home as man, 34 arrested

A COUPLE who built a 4ft fence to stop people queueing for fish and chops outside their home have been shot at by a gunman.

Stephen Williams, 57, grew fed-up of customers of the neighbouring chippy waiting outside their home in Alnwick, Northumberland every evening. 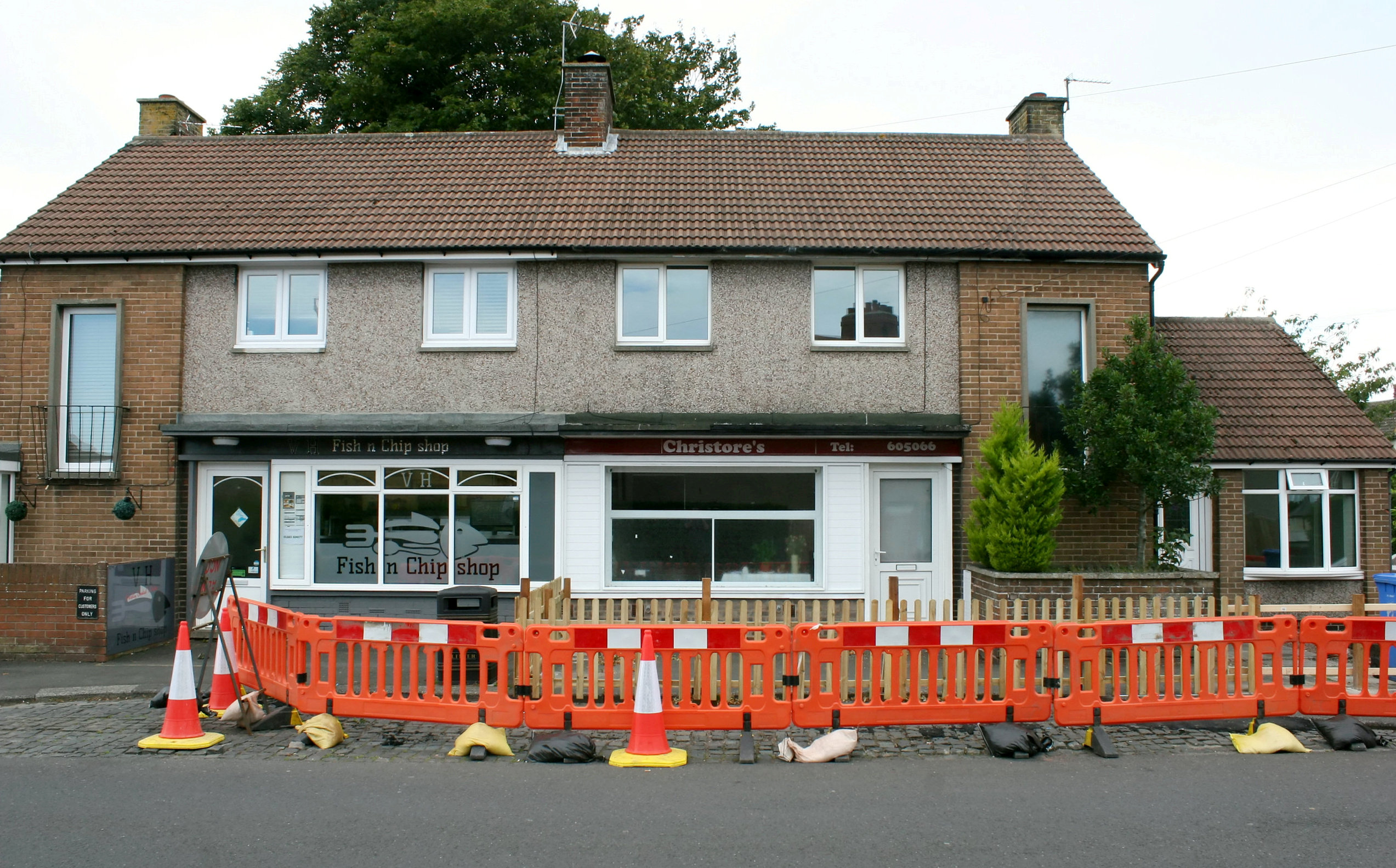 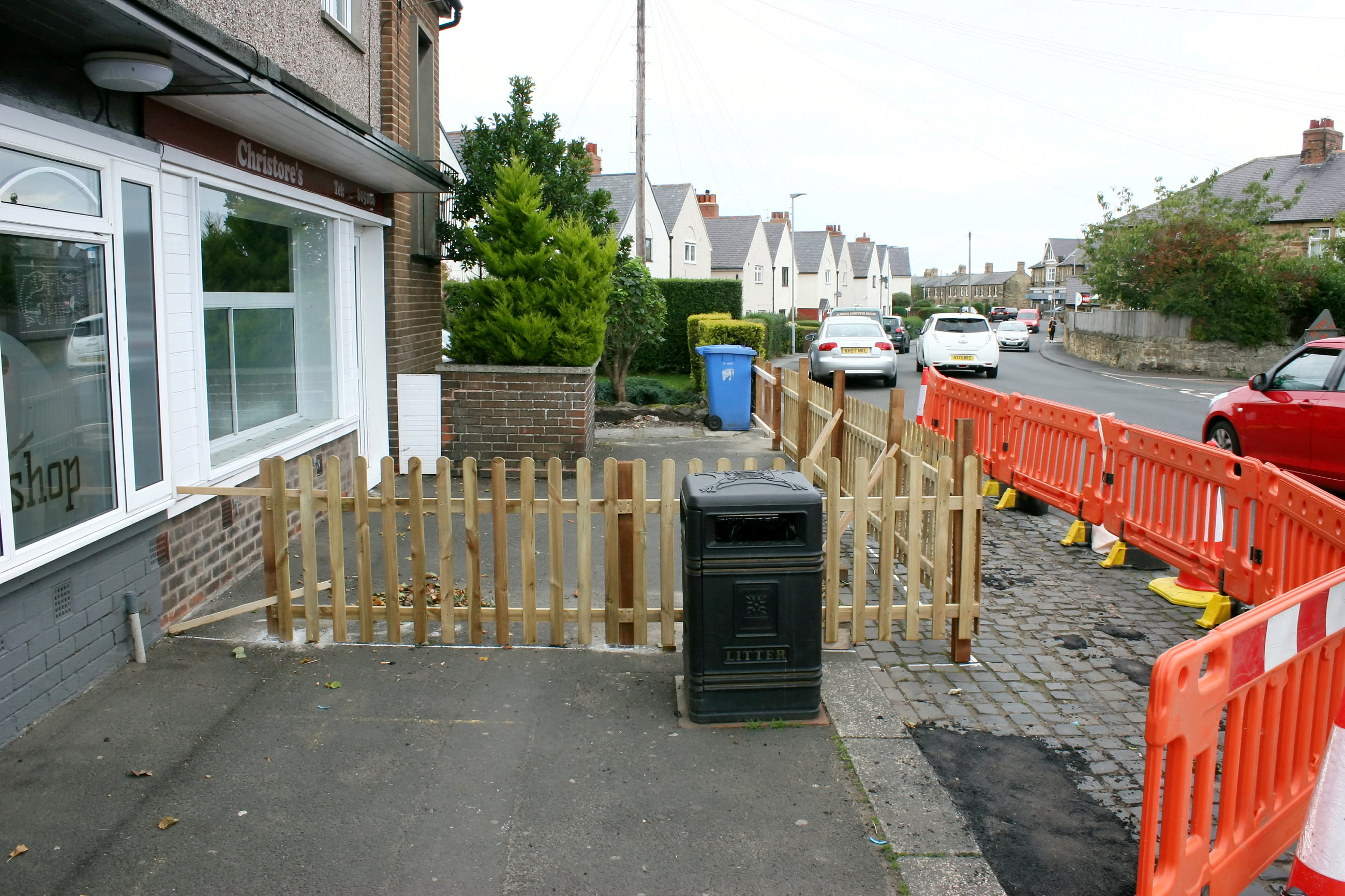 He put up a fence that extends onto the pavement into the layby to get some privacy.

But as the row intensified dramatically a man aimed an airgun at his wife Christine Williams, 50, before firing.

Armed police swooped to arrest a 34-year-old man after the chilling attack, which has left Mrs Williams "traumatised".

Mrs Williams said: “After we’d both got back from work my husband went outside to work on the fence and I was sitting in a chair at the front keeping him company along with our dog.

"Suddenly I saw a man on the other side of the road with a gun pointing directly at me.

“I screamed at Stephen who moved me away as the shot was fired.

"Then we heard cheers coming from the chip shop. It was terrifying. I am really shaken up by the whole thing.

"We had forensics round here until the early hours of the morning.

"Now I’m told that the man they arrested has been released on bail. It is very frightening when he lives only a couple of streets away."

Following the shooting, a Northumbria Police spokesman said: "Shortly before 6.50pm yesterday police received a report of concern for safety following a disturbance on Victoria Crescent in Alnwick.

"It was reported that two parties had been involved in a dispute, during which an air weapon had been discharged at a wall.

"No one was injured but as a precaution, officers from the Force’s Firearm’s Support Unit (FSU) attended the scene.

"A man, aged 34, was arrested and remains in custody at this time, helping with enquiries."

It comes as council workers pulled down the couple's home-made barricade as the row intensified.

Workmen armed with power tools tore down the blockade 24 hours after the shocking gun attack.

But the defiant couple insist they will be "putting it right back up".

Mrs Williams, who now works in care, said: "I am disgusted by how this has been handled.

"We have been emailing the Council for six months now explaining what we were going to do but they did not respond.

"They had no right to take the fence down and my husband will put it back up again because we are entitled to mark our boundary.

"It’s not about people eating chips sitting on our windowsill. That never happened as we don’t have one but we don’t want people queueing outside our window every evening."

The couple are adamant their property deeds prove the land belongs to them and say this was acknowledged by Northumberland County Council in 2017.

Mr Williams ran a sweet shop next to the chippy until 2019, but closed it and converted it into his home.

During the Covid crisis, the chip shop owner is said to have marked out spaces for customers to queue outside the Williams' front window.

Mrs Williams said: "My husband went outside and washed off the marks. There was no need for it.

"They could easily have queued the other way which leads directly to the chip shop’s large car park.

"The fence is simply there to mark our boundary which extends from the front of the shop onto the pavement."

He said: "We've had people eating their chips on our windowsill and looking through the window while we are trying to relax. It's not on.

"Most people wouldn't want people using their land as a footpath and neither do we. We just want to protect our property."

But one furious chip shop customer said: "He didn't mind people walking on the path when they were coming into his [sweet] shop and lining his pockets.

"Now all of a sudden he wants privacy. It's unbelievable."

The council launched an investigation to see if Mr Williams' fence is legal.

"I can hardly believe he has gone ahead with this before any resolution with county highways, especially given the impact on pedestrians and children walking to school." 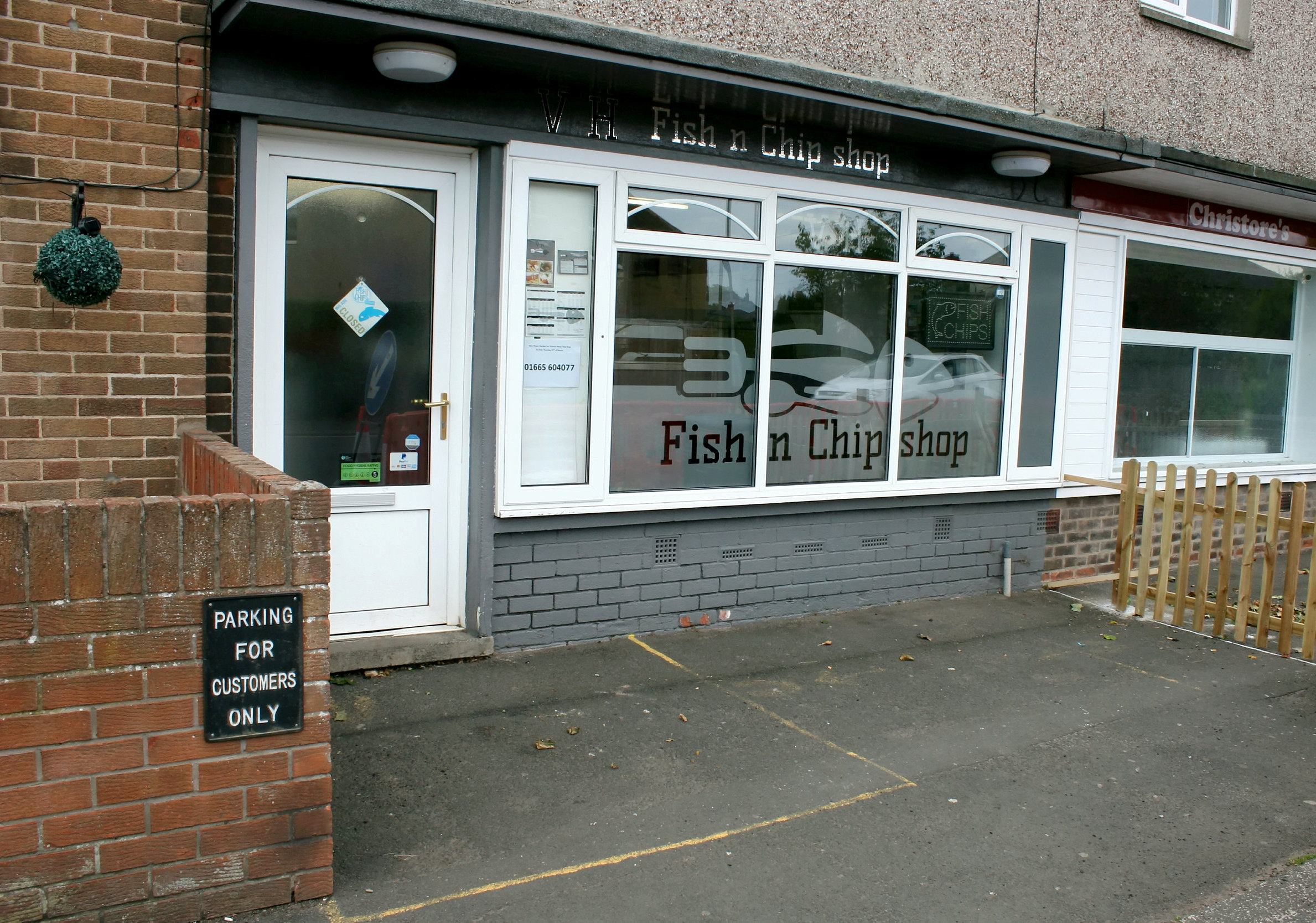 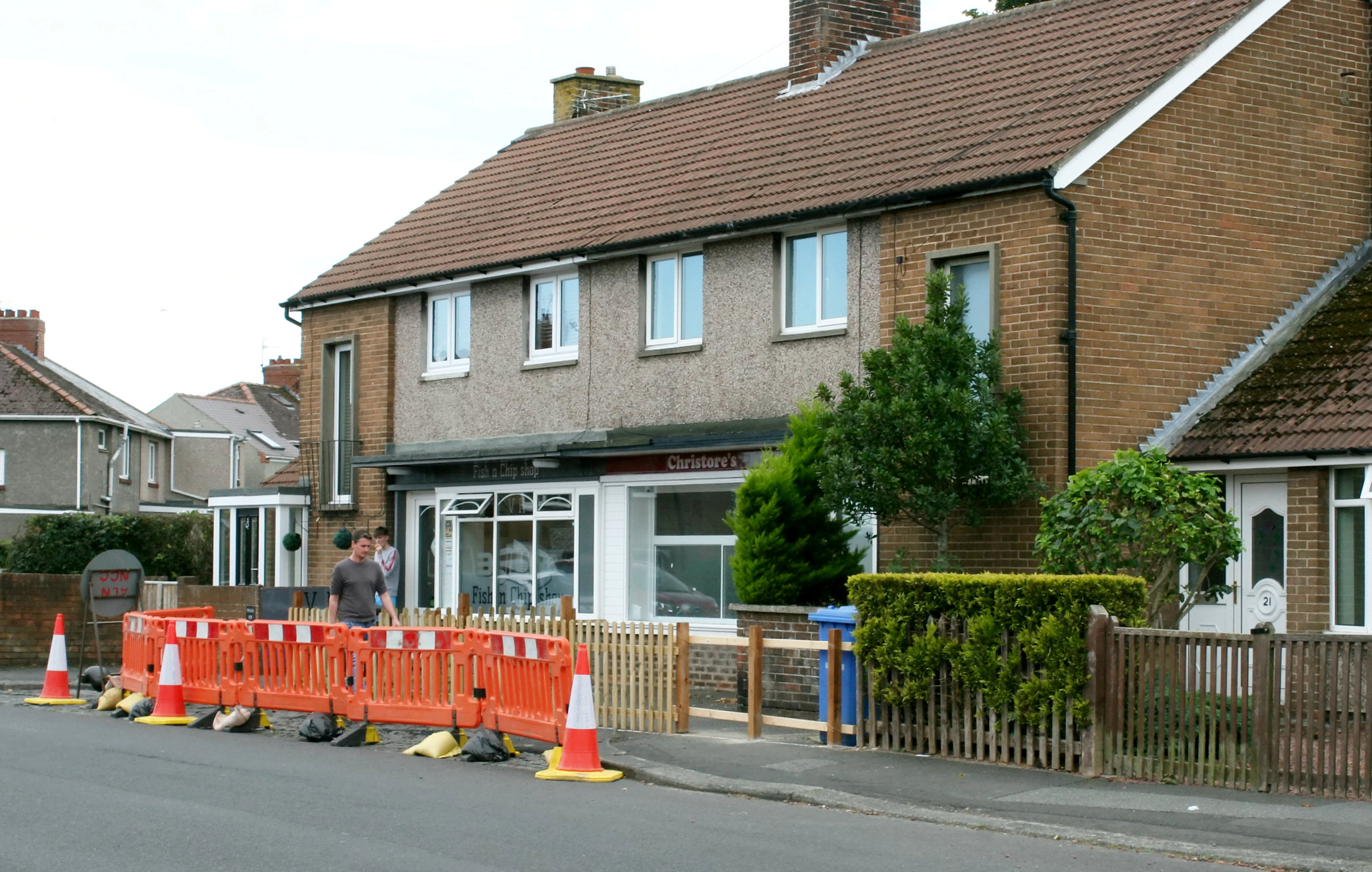 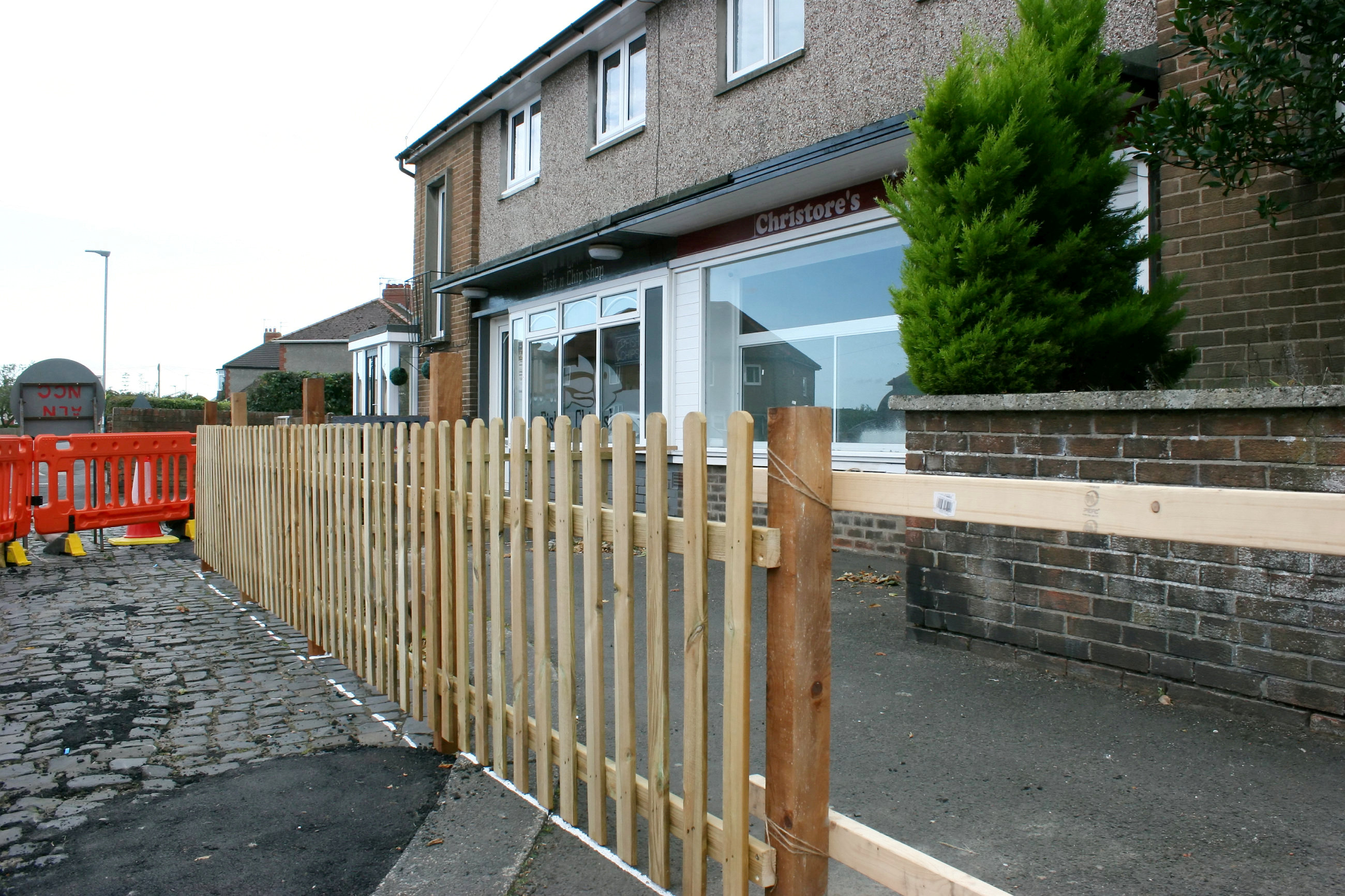