Anxious couples who have waited for more than a year for their special day have slammed the government’s lack of clarity on weddings, as England prepares to reopen under new Covid-19 restrictions from Monday.

Up to 30 people will be able to join together to celebrate weddings and receptions from May 17, as England prepares for step three of the road map for relaxing Covid-19 restrictions.

But some furious couples have questioned the lack of guidance over what will and won’t be allowed at weddings this month – including queries on table service, social distancing measures and whether bride can be accompanied down the aisle.

Lyndsey Hedgecock, 28, is one bride who is set to be wed this month – and having dreamed of her big day since she was 14, she admits her plans have become ‘a joke’. 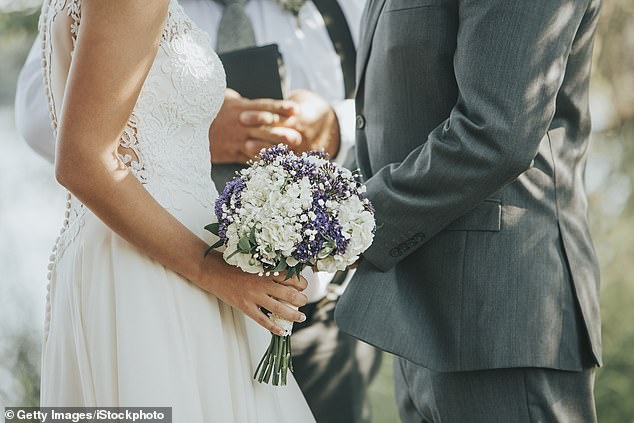 Up to 30 people can attend weddings in England from May 17, but angry grooms and brides-to-be have slammed the Government’s lack of clarity over rules on ceremonies. File picture 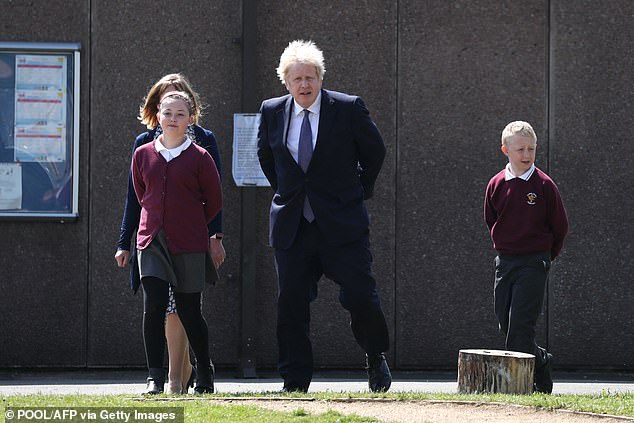 Prime Minister Boris Johnson confirmed the long-awaited easing of restrictions for May 17 at a Downing Street press conference on Monday – giving the green light to certain holidays abroad, overnight stays, indoor dining at pubs and restaurants and more.

Among other elements of the step three road map changes – the much-criticised cap on the number of mourners at funerals will be lifted, while up to 30 people will be allowed at weddings and other life events.

But a growing movement on social media is asking the government for greater clarity and guidance on what will and won’t be allowed at English marriage ceremonies from next week.

Ms Hedgecock said that although there’s just a week to go until her wedding, she and her husband-to-be haven’t been able to pay their venue until more details have been confirmed.

‘We are due to get married next Friday,  and haven’t even been able to pay our venue in full as they are awaiting guidelines to confirm what to charge us for,’ she said.

‘I can’t speak for other brides, but for myself, the wedding I’ve been planning since I was 14 is now just a joke.

‘I can’t wait for this all to be over so I can carry on with my life. I don’t care about a wedding anymore, we just want to be married.’

He said that while he and his partner fully supported lockdown, they ‘still find it frustrating that after the announcement we still don’t know exactly what we can have on the day – meaning businesses are potentially losing out on our custom’.

‘The wedding industry workers have had their livelihoods stripped away without being given the guidance and support in parity with other industries.

‘We still aren’t 100 per cent certain we can have a band perform to seated guests.

‘The timings for the day are still uncertain, and my fiancee doesn’t know if her father can walk her down the aisle.’

He said they were also still looking for specific guidance on whether they could have a dance floor, a standing drinks reception and a band.

A government spokesperson said: ‘We are working with the wedding sector to facilitate a return to as near as normal as quickly as possible and understand the need for certainty to plan for the summer season.

‘As set out in the road map, the government will increase limits for weddings, civil partnerships and receptions to 30 people at Step 3.’ 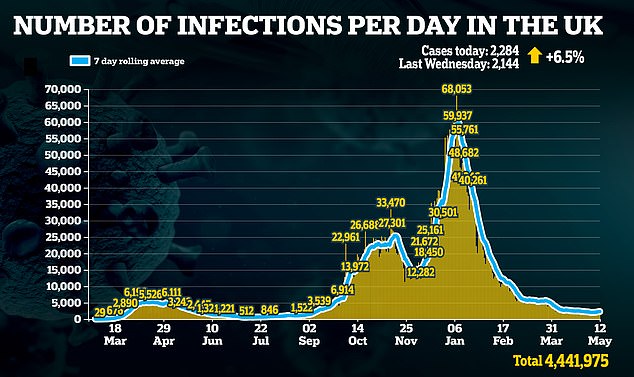 The government said that further advice on receptions, indoor performances and contact with guests will be issued before May 17.

It also confirmed that apart from the couple’s first dance, dance floors must stay closed unless used for additional seating to comply with social distancing, while close contact with guests remains a personal decision.

Pubs, restaurants, theatres, cinemas and museums across England are also preparing to welcome back customers from Monday, May 17 after Boris Johnson confirmed England was set to enter stage three of the government’s road map.

Social distancing markers, hand sanitising stations, mandatory pre-booking and the wearing of face masks are among the measures which will be in place when people return to venues which have been shut for months.

Capacity limits on large events will remain, while pubs and restaurants will be able to serve customers indoors but with table service only.

Ministers are hoping that step four of the road map – due no sooner than June 21 – will see the removal of all limits on life events such as weddings.

But England’s lockdown-easing plans were left hanging in the balance today as a government minister suggested the final step on the road map could be delayed due to the B.1.617.2 strain – more commonly known as the Indian variant.

Yesterday it was revealed that India’s Covid variant is now dominant in four local authorities in England and its rapid spread could jeopardise plans to ease lockdown.

Analysis by one of the UK’s biggest variant trackers warned the strain is focused in hotspots Bolton and neighbour Blackburn with Darwen, where outbreaks have grown by 93 and 86 per cent in a week, respectively, with more than half of lab-checked cases proven to be the Indian strain.

Black teen, 14, assaulted by woman who falsely accused him of stealing iPhone

Iran rejects US accusation of being behind Baghdad protests