A green-zone breach at Brisbane Airport, involving mixing with two red-zone passengers, may have affected passengers flying to New Zealand.

It has prompted health authorities here to advise passengers arriving in New Zealand to monitor their health for the next 14 days.

“The reported incident was in the Hudson Café in Brisbane Airport where two individuals from a red-zone country were in the café at the same time as green-zone passengers,” the Ministry of Health says.

“The risk has been assessed as low.”

The pair reportedly travelled from Port Moresby in Papua New Guinea, which has battled a surging Covid-19 outbreak over the past month, as health authorities grapple with a fragile health system and slow and limited testing.

The NZ Ministry of Health understands the two red-zone passengers returned negative results prior to departure from their home country.A second test result from swabs taken today has returned a weak positive for one test and a negative result for the other.

“Queensland Health has informed the ministry that the two red-zone passengers were wearing masks, maintaining social distancing and are not symptomatic.Additional testing is being co-ordinated by Queensland Health.

“Each plane has been met by officials who provided information to passengers alerting them to the potential breach and providing advice about monitoring their health for the next two weeks and contacting Healthline and getting tested if symptoms develop.”

The red-zone pair dined at Brisbane Airport’s Hudson Cafe for about an hour and half, before using the toilets and visiting a second retail outlet, news.com.au reports.

An initial review of CCTV indicates that the red-zone passengers were allowed into the green zone at 9:55am, spending just under two hours there before they were found by Brisbane Airport staff and returned to the red zone.

In a statement Brisbane Airport said it was working with authorities to investigate the circumstances of the breach.

“BAC is conducting a thorough investigation and unreservedly apologises for this human error,” the statement read.

“Thorough cleaning of all areas mentioned above has since been conducted, and we can confirm all workers and passengers within the green area were wearing PPE.”

At this stage, it is believed only a handful of passengers were in the vicinity of the two passengers at any one time.

“While at the airport, they wore masks and socially distanced and neither has reported symptoms,” Dr Young said.

“They were in the wrong zone through no fault of their own and we appreciate their patience and cooperation while we rule them out as cases.

“We’re also grateful for the prompt action by Brisbane Airport staff once the mistake was identified.”

Queensland Health will release the results of the confirmation testing once it is available.

This is not the first incident involving the transtasman travel bubble.
New Zealand only reopened quarantine-free travel with Western Australia yesterday after a lockdown in the Perth/Peel region.

It followed revelations that a traveller from Perth was able to enter New Zealand despite the Australian city being locked down.

Immigration NZ alerted the Ministry of Health to a person who travelled from Perth to Auckland, via Sydney, on April 26, during the Perth/Peel lockdown period.

The individual has now been identified and is undergoing 14 days’ isolation.

Travellers who have been identified as contacts to cases across the Tasman will have to test negative and self-isolate for 14 days before they depart for New Zealand.

And just a day after the bubble opened, an Auckland border worker tested positive for the virus. It emerged the individual – who had been fully vaccinated – had been cleaning planes from “high-risk” countries.

No sign of progress at NATO in U.S.-Turkey dispute over Russian defenses

Boeing is facing international criticism — but could it face criminal charges? 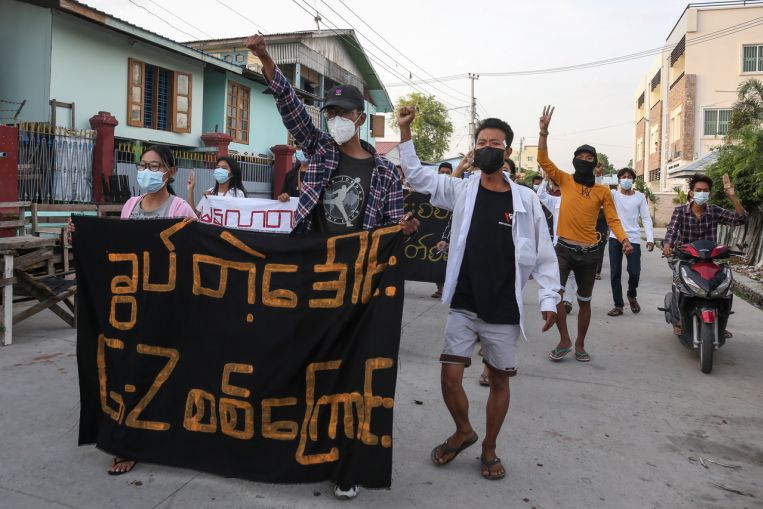