Déjà vu: French scientists detect ANOTHER variant linked to travel to Cameroon and say it carries 46 mutations that may make it more vaccine-resistant and infectious (but it is so far NOT outcompeting Omicron)

Another Covid variant has been found in France, according to scientists.

The mutant strain has 46 mutations that are thought to make it both more vaccine-resistant and infectious than the original virus.

Some 12 cases have been spotted so far near Marseille, with the first linked to travel to the African country Cameroon.

But there is little sign that it is outcompeting the dominant Omicron variant, which now makes up more than 60 per cent of cases in France.

The strain was discovered by academics based at the IHU Mediterranee Infection on December 10, but has not spread rapidly since. 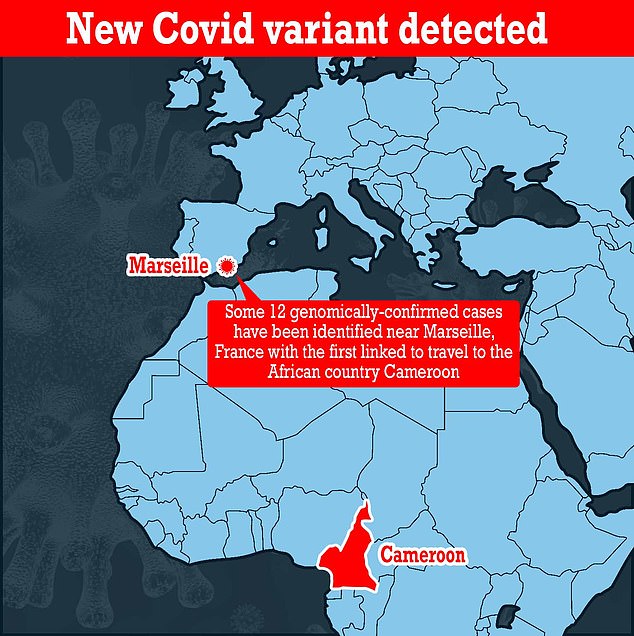 Some 12 cases have been spotted so far near Marseille, with the first linked to travel to the African country Cameroon 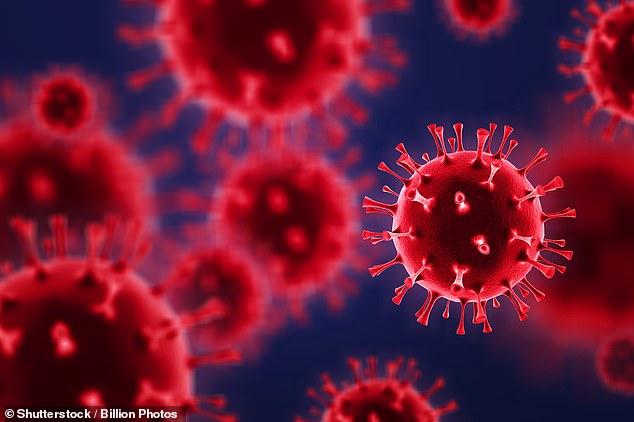 It is yet to be spotted in other countries or labelled a variant under investigation by the World Health Organization.

Professor Philippe Colson, who heads up the unit that discovered the strain, said: ‘We indeed have several cases of this new variant in the Marseille geographical area.

‘We named it “variant IHU”. Two new genomes have just been submitted.’

Some 12 genomically-confirmed cases have been identified in France so far.

The earliest case was linked to travel to Cameroon.

Is it more vaccine resistant?

Its catalogue of mutations suggest it is better at dodging Covid immunity than older versions of the virus.

It has the E484K mutation, which was first recorded on the Beta variant. It is thought to make vaccines less potent.

Should I be concerned?

It does not appear that there is any reason to be concerned about the variant yet.

There is no evidence at present that it is outcompeting the Omicron variant but it was only detected on December 10.

The variant has been dubbed B.1.640.2 and its discovery was announced in a paper posted on medRxiv. This has not been published in an academic journal.

Scientists say the lineage is genetically different to B.1.640, which is thought to have emerged in the Democratic Republic of Congo in September.

Tests show the strain carries the E484K mutation that is thought to make it more resistant to vaccines.

It also has the N501Y mutation — first seen on the Alpha variant — that experts believe can make it more transmissible.

It is a distant relative of Omicron, which scientists say likely evolved from an older virus.

The scientists say in their paper: ‘These observations show once again the unpredictability of the emergence of new SARS-CoV-2 variants and their introduction from abroad.

‘And they exemplify the difficulty to control such introduction and subsequent spread.’

France has good surveillance for Covid variants, meaning any new mutant strains are quickly picked up.

In Britain around three in ten cases are checked for variants.

Omicron — or B.1.1.529 — carries around 50 mutations and appears to be better at infecting people who already have a level of immunity.

But a growing body of research proves it is also much less likely to trigger severe disease.

JoJo Siwa explains why she and her girlfriend celebrate 4 anniversaries

Saturday’s UK weather forecast: Fine and dry for many, feeling warm in the sunshine with light winds – The Sun