Vulnerable new mothers were deliberately targeted on social media by formula milk companies during the first coronavirus lockdown, a study has found.

Some brands ‘cynically’ increased the number of social media posts they published, researchers claim, and may have ‘induced anxiety’ in new mothers who were unable to access support from health professionals.

Four out of five of nearly 1,400 breastfeeding mothers surveyed said they saw adverts or posts from formula milk companies on social media during the first lockdown. 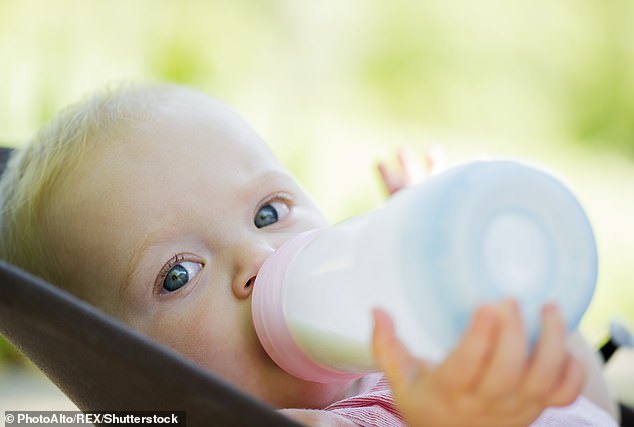 They were asked to send in examples, one of which was a social media post for Aptaclub UK – a parenting advice page run by formula milk company Aptamil, targeted to appear on the Facebook news feeds of women interested in ‘breastfeeding’.

Aptaclub UK increased its social media posts during lockdown – with its Facebook page publishing only one post in the three months before March but posting 11 times between April and June.

Many of these posts spoke about how coronavirus was a ‘worrying’ or ‘challenging’ time or mentioned the lack of support available at the time for new parents.

One mother who saw a sponsored post said: ‘[It is] very gently chipping away at confidence, making breastfeeding look complicated & restrictive.’

Researchers, led by Professor Amy Brown, of Swansea University, said targeting posts on social media was a ‘violation’ of the World Health Organisation (WHO) International Code of Marketing of Breast-Milk Substitutes.

In a letter to the Lancet journal, Prof Brown and four other experts, including TV doctor Christoffer van Tulleken, said formula milk brands had also ‘inappropriately positioned themselves as sources of public health expertise’ during the pandemic.

They wrote: ‘[The] infant formula industry has been actively exploiting concerns about Covid-19 to increase sales.’

They accused manufacturers of sharing misleading advice for protecting babies from coronavirus, such as ‘unnecessary hygiene measures, the use of expressed breastmilk, and the separation of mothers from their babies’ – all of which could have made mothers anxious and caused them to stop breastfeeding. 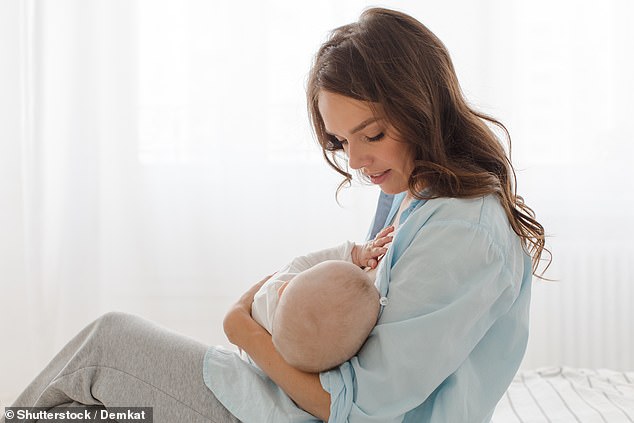 Four out of five of nearly 1,400 breastfeeding mothers surveyed said they saw adverts or posts from formula milk companies on social media during the first lockdown (stock image used)

These tips contradicted guidance from the WHO and the Royal College of Paediatrics and Child Health, which have advised new mothers that there is no evidence breastfeeding increases the risk of newborn babies contracting coronavirus, and say it helps to protect babies’ health.

Under the WHO code, manufacturers should not advertise infant formula or claim that there are any advantages to giving babies formula over breast milk.

A spokesman for Danone, which owns Aptamil and Aptaclub UK, said: ‘We have a strict worldwide policy for the responsible marketing of breast-milk substitutes and we are the first and, so far, the only company that does not advertise or promote infant formula for children aged 0-6 months anywhere in the world, even if permitted by local laws.

During the Covid-19 pandemic, all our communications have continued to meet the strict legal standards operating in the UK to ensure that the information we provide is responsible, factual and accurate.

‘Parents have welcomed and sought out more information from our resources during this time of uncertainty.

‘We have used the latest WHO guidance on breastfeeding in our communications during the pandemic and we remain committed to supporting parents with science-based and factual information.’