Taking a low-dose aspirin every day has long been known to cut the chances of another heart attack, stroke or other heart problem in people who already have had one, but the risks don’t outweigh the benefits for most other folks according to new guidelines.

People without heart disease who take a daily aspirin may lower their risk of a heart attack or stroke, but a new study confirms they also have an increased risk of severe internal bleeding.

Although it’s been used for more than a century, aspirin’s value in many situations is still unclear. 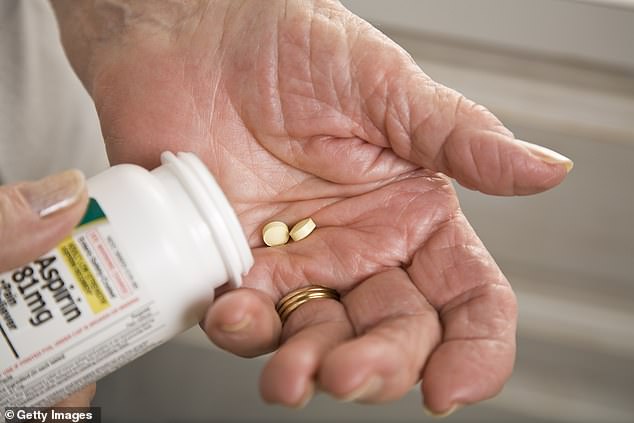 Doctors may consider aspirin for certain older high-risk patients, such as those who have trouble lowering their cholesterol or managing their blood sugars, as long as there is no increased risk for internal bleeding, the guidelines in the Journal of the American College of Cardiology say.

European guidelines recommend against the use of anti-clotting therapies such as aspirin at any age.

‘Clinicians should be very selective in prescribing aspirin for people without known cardiovascular disease,’ John Hopkins cardiologist Dr. Roger Blumenthal, who co-chaired the new guidelines, said in a statement. ‘It’s much more important to optimize lifestyle habits and control blood pressure and cholesterol as opposed to recommending aspirin.’

‘For the most part, we are now much better at treating risk factors such as hypertension, diabetes and especially high cholesterol,’ said North Carolina cardiologist Dr. Kevin Campbell to CNN. ‘This makes the biggest difference, probably negating any previously perceived aspirin benefit in primary prevention.’ 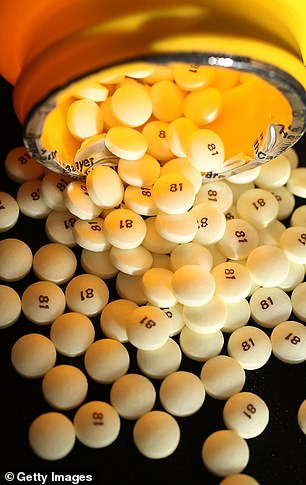 Campbell says, he “would advocate a healthy lifestyle, smoking cessation and risk-factor modification before even considering aspirin therapy in a patient without known cardiovascular disease.”

However, for anyone who has had a stroke, heart attack, open-heart surgery or stents inserted to open clogged arteries, aspirin can be life-saving. “Ultimately, we must individualize treatment for each patient, based on their individual situation,” Campbell said.

In some of the latest studies which have been the largest and longest to test the pennies-a-day blood thinner in people who don’t yet have heart disease or a blood vessel-related problem.

One found that aspirin did not help prevent first strokes or heart attacks in people at moderate risk for one because they had several health threats such as smoking, high blood pressure or high cholesterol.

Another tested aspirin in people with diabetes, who are more likely to develop or die from heart problems, and found that the modest benefit it gave was offset by a greater risk of serious bleeding.

U.S. doctors have long advised adults who haven’t had a heart attack or stroke but are at high risk for these events to take a daily aspirin pill, an approach known as primary prevention.

Even though there’s clear evidence aspirin works for this purpose, many physicians and patients have been reluctant to follow the recommendations because of the risk of rare but potentially fatal internal bleeding.

In one study, people who took daily aspirin had a 0.38 percent lower absolute risk of heart attacks, strokes or deaths from cardiovascular events than people not taking this drug.

However, aspirin was also associated with a 0.47 percent higher absolute risk of severe internal bleeding.

Aspirin did not help prevent cancer as had been hoped.

And fish oil supplements, also tested in the study of people with diabetes, failed to help.

‘The results demonstrate that there are cardiovascular benefits, but that they are quite closely matched by increased risks of serious bleeding,’ said lead study author Dr. Sean Zheng of King’s College London and Imperial College London.

‘There’s been a lot of uncertainty among doctors around the world about prescribing aspirin’ beyond those for whom it’s now recommended, said one study leader, Dr. Jane Armitage of the University of Oxford. ‘If you’re healthy, it’s probably not worth taking it.’