In the ever-febrile Asian financial markets, the pound took a painful early battering yesterday, losing some four cents against a muscular dollar.

By lunchtime the storm had abated and sterling was roughly back where it started – though it had weakened again slightly by close of business in London.

To those who desperately want to see Kwasi Kwarteng’s bold agenda for growth fail, the initial plunge represented a massive vote of no confidence by global investors.

In truth, however, the equally rapid rebound suggested yesterday’s early market volatility owed more to speculators trying to make a fast buck than any genuine verdict on the British economy. 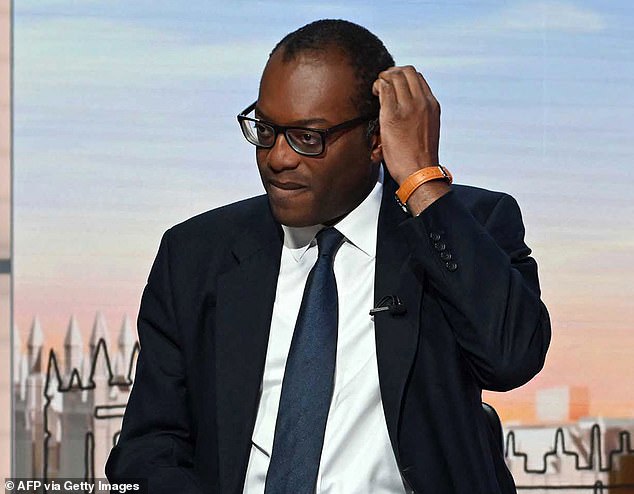 Yes, these are difficult and restive times. A post-Covid hangover, the cost of borrowing, low productivity and inflationary pressures beyond our control are a severe test.

Interest rates are having to rise to counter inflation and the energy crisis is keeping inflation at levels not seen since the 1970s.

But we are not alone. Europe is in similar straits, with average inflation higher across the EU than in the UK, and even Germany falling into recession. The dollar meanwhile goes from strength to strength, seen as a safe haven in a crisis-hit world economy.

What the British economy needs to rise from its current torpor is a massive injection of financial adrenaline – and that is exactly what the Chancellor’s ‘dash for growth’ is intended to provide.

By putting more money into people’s pockets and holding down business taxes, he hopes to provide the stimulus we need for a return to growth.

It was never going to produce instantaneous results and can only be judged in the longer term. But to say it has already failed – as Labour would have us believe – is simply preposterous.

Labour’s policy for growth is non-existent. All it has to offer is more taxes and the class war fantasy that windfall taxes and soaking the rich can solve all our problems.

Jeremy Corbyn may have left the field, but his playbook lives on.

Aware that doing nothing was not an option, Mr Kwarteng delivered a coherent and ambitious Tory plan for growth.

With a fair wind and a steady hand on the tiller, there is every reason to believe it can work. But it won’t happen overnight.

Not content with flouting the rules of natural justice, the committee set up to investigate whether Boris Johnson lied to Parliament over Partygate is now threatening MPs who criticise its work.

Mr Johnson’s allies, who understandably regard the privileges committee inquiry as a witch hunt, have been warned they themselves risk contempt of Parliament charges if they continue to protest.

The committee has already said Mr Johnson could be found guilty even if he misled the Commons inadvertently. And in Harriet Harman, it has chosen a chairman who has publicly called the former PM a liar. Now it’s trying to suppress legitimate criticism. This is positively Soviet.

Leading lawyer Lord Pannick has rightly described this inquiry as ‘flawed’ and ‘wrong in principle’ – a criticism predictably dismissed by the committee.

Mr Johnson has already been forced from office. Hounding him further through this kangaroo court is sheer spite.

At his Labour conference love-in with Sir Keir Starmer, ex-footballer Gary Neville inveighed against tax cuts for the rich and the end of the bankers’ bonus cap.

Yet reputedly once on £60,000 a week as a player (plus bonuses), he has enjoyed riches most bankers could only dream of.

So does he now support a cap on the earnings of footballers as well as bankers?