Tony Blair and Gordon Brown have already declined to attend the celebration to mark 100 years since Chequers became the PM’s official country retreat.

All living former premiers were invited to the dinner at the 16th-century house in Buckinghamshire next Saturday, which will be hosted by Boris Johnson. 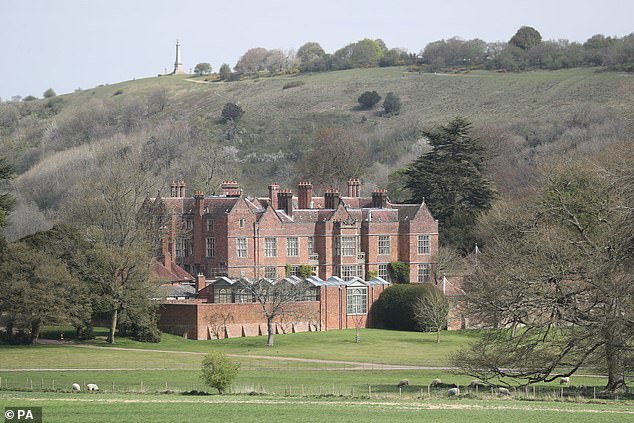 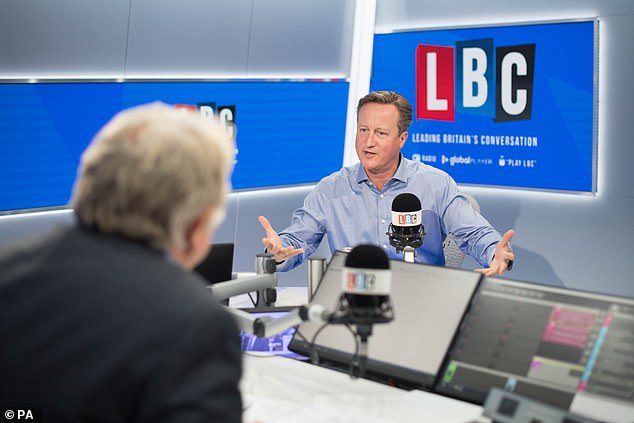 Sir John Major and Theresa May are expected to be there, but Mr Cameron turned the invitation down because he had a previous engagement.

The commitment pre-dated receiving the invitation from the Chequers Trust, and he is said to be ‘sorry’ he cannot attend. Mr Cameron, 54, was prime minister between 2010 and 2016 and used Chequers most weekends.

Last week both Mr Blair and Mr Brown said they were asked only at short notice and could not change their schedule.

Chequers, which was built in 1565, was given to the nation by Tory MP Sir Arthur Lee in 1917 to be used as a country retreat for the serving prime minister. The first prime minister to move in was Liberal leader David Lloyd George, in 1921.

Sir Arthur had noted that, traditionally, prime ministers had been from the landed classes and had country residences of their own in which to entertain foreign dignitaries or simply to relax.

He said that with the advent of democracy, premiers were much less likely to own huge mansions, meaning they needed somewhere of their own.

The Chequers Estate Act 1917 created a trust allowing prime ministers use of the mansion, which has ten bedrooms, a tennis court and a swimming pool. The Chequers Trust receives an annual grant of nearly £1 million from the Government for its upkeep.

A spokesman for Mr Blair said he had not pulled out of the event because he had never said he was going.

A spokesman for Mr Brown said: ‘Mr and Mrs Brown were invited around one month ago to an event a few days from now on September 18.

‘However, given the short notice and their pre-arranged diary – including family responsibilities that day – they were unable to change their arrangements to attend the event. There is no question of them “pulling out” of a pre-agreed arrangement.’

Mrs May will attend the event, a spokesman confirmed.

Sir John’s office was contacted, but did not respond.

Boris Johnson wants another decade in power as he aims to beat Margaret Thatcher’s term in office, it has been claimed.

The Prime Minister said in an interview for a new book that his ‘levelling up’ agenda would take ten years and it would benefit the South as well as the North.

He also said he was determined to avoid the ‘catastrophic’ economic failures of the past 40 years.

Mr Johnson said he would be seeking to frame the 2024 general election around Brexit, warning that Britain would ‘slump back’ into following EU laws if Labour wins.

The interview with Mr Johnson was carried out for a new book, Broken Heartlands, which is being serialised in The Times.

One Cabinet minister told the paper: ‘Boris will want to go on and on. The stuff Dom [Cummings] was saying about him going off into the sunset [to make money] was nonsense. He wants to go on for longer than Thatcher.’

Mrs Thatcher was in Downing Street for 11½ years.

Pedestrian killed after being struck by vehicle in East Vancouver

Horrific burns of girl, 7, after boiling cup of tea spilt on her by Jet2 flight crew – The Sun

Sgt Blackman recalls moment verdict was delivered in his trial