Home » World News » David could have cost taxpayers a high price, but intervention was at hand

As David Wendon prepared to leave state care three years ago, he looked likely to become quite an expensive problem for the state of Victoria.

Young people who have been in the care system are grossly over-represented among users of the most costly “acute” government services: hospitals, police, courts, prisons, homelessness services and treatments for drugs and alcohol.

Mr Wendon says he would have been no different if someone had not staged an intervention into his fledgling adult life. 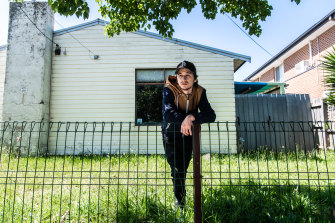 David Wendon is in steady housing and employment but says things would be very different without the COMPASS care leavers program.Credit:Justin McManus

“To be honest, I probably would have been a f—ing junkie on the side of the road, or just doing nothing with my life, floating around on Centrelink payments,” the now 20-year-old told The Age.

“Or I could just be out robbing a servo for a couple of grand.”

But Mr Wendon is not doing any of those things. He has a place of his own, holds down a steady job, and he credits it all to the COMPASS care leavers program, run by Anglicare and VincentCare, an intensive “across the board” intervention into the lives of young care leavers.

Support workers from COMPASS, which is run by the two charities for the state government, gave Mr Wendon the type of support into adulthood usually provided by parents of youngsters who had luckier starts in life. 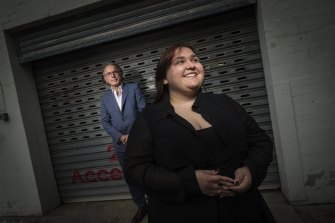 The workers helped him get his first job and drove him there every day before he got his driver’s licence, again with the program’s help. They took him to medical appointments and helped arrange mental health support.

Crucially, COMPASS puts young people into subsidised housing until they are ready to support themselves in the rental market.

“They help you out across the board, they go out of their way to help you. Even on a Saturday they’ll answer their phones,” Mr Wendon said.

“You would never get that from any other government worker.”

It is an intense approach, but it looks to be working, according to another COMPASS graduate Shauna Trammatikos, who the program helped into housing and education and getting in touch with her First Nations heritage and kin.

The 19-year-old is now employed, has a qualification in youth work and also sings the praises of her support worker.

“She was on the ball with everything, she was checking up with me, continually asking if we needed anything or to be updated with anything,” Ms Trammatikos

COMPASS is in the vanguard of a quiet revolution in the way social services are delivered by the state of Victoria as the state tries to shift the balance of its spending away from crisis management to early intervention.

People in crises are expensive. In 2019, the state spent about $68 billion in total and 45 per cent of it – about $30 billion – went on acute services with spending on prisons, child protection and acute health services all growing faster than the state’s revenue.

This budgetary trend is not sustainable, according to the Department of Treasury and Finance which has won the backing of its minister Treasurer Tim Pallas for its developing doctrine of early intervention.

For every homeless person housed through the program’s early phase – at a cost of about $53,000 per participant – more than $98,000 was saved from keeping that person out of hospital and the justice system, an independent assessment found.

The 2021 budget poured $324 million into 10 fresh early intervention efforts under the policy umbrella Early Intervention Investment Framework in health, child protection, housing, early childhood and crime prevention where the state believes it can save itself at least $93,000 for each young person diverted away from law-breaking.

“Providing early assistance is not only good for the people we help and their families, it helps avoid the need for more costly acute services down the track.

“The Framework ensures we can measure these avoided costs and reinvest the savings to help more Victorians.”

The initial numbers are not yet in from COMPASS. They will be revealed in April to the private investors who put up the $14.2 million to finance the scheme’s first phase in a funding model called a “Social Impact Bond.”

The 55 investors, who range from private individuals to large financial institutions, will be repaid by the government over seven years, with the return on investment determined by COMPASS’ success in keeping its young people out of hospital, out of jail and off the streets.

But Anglicare Chief Executive Officer Paul McDonald says more than anything else, COMPASS is about changing lives.

“That’s what COMPASS is about preparing these young people to have good starts in life.”

Miraculous recovery of Russian toddler rescued from under rubble

Rockets hit near US embassy in Baghdad