A DEAF pregnant woman and her service dog were allegedly punched on a flight in the US, police said.

Hazel Ramirez, 21, who was reportedly 20 weeks pregnant, was travelling with her boyfriend Mathew Silvay, 30, on the Frontier Airlines flight from Colorado to Orlando, Florida. 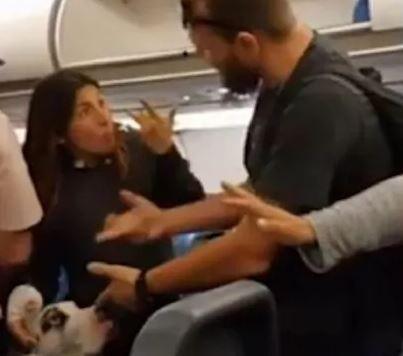 Both Ms Ramirez and Mr Silvay are deaf and were travelling with their service dog, a Great Dane named Zariel.

According to Orlando police, as the plane was arriving at Orlando International Airport, a nearby passenger Timothy Manley took issue with the dog, which he said was taking up too much space and triggering his wife’s allergies, according to News.com.au.

Mr Manley then punched the dog, according to a police report.

Mr Silvay and Ms Ramirez, who both communicate with sign language, began arguing with Mr Manley “as best they could”, police said. 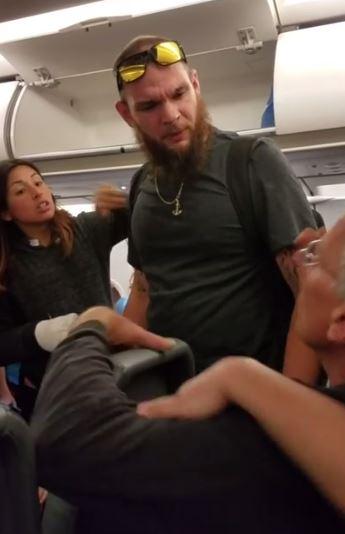 “Timothy (Manley) reacted by getting in Matthew’s face,” according to the police report.

“At some point Hazel was punched in the stomach by Timothy and (Ms Ramirez and Mr Silvay’s) two children were touched by Timothy.”

Mr Manley said he didn’t punch the dog but rather “pushed her away”.

“I wouldn’t call it a punch,” he told ABC News.

Of the allegations he punched pregnant Ms Ramirez, Mr Manley said: “It’s funny and hilarious that I would have punched her.” 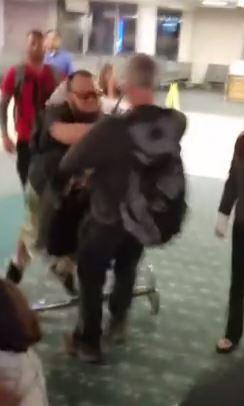 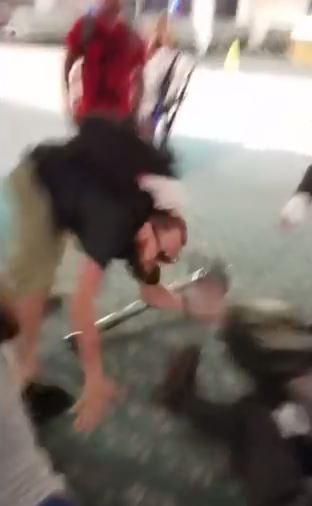 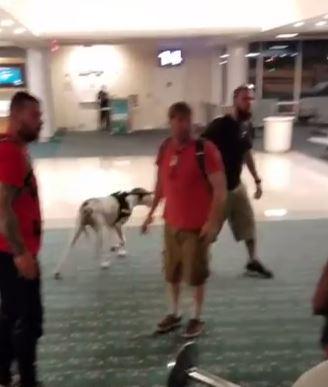 Ms Ramirez said her partner “yelled at the man to tell him, ‘Never touch any dogs or service animals’.

She said the dog, Zariel, “didn’t do anything to anyone”. The dog was “hurt and scared for her life”, she said.

The footage then captures commotion in the airport terminal, where Mr Silvay can be seen pushing Mr Manley to the ground.

Police have not made any arrests and Orlando police have referred the matter to the Federal Bureau of Investigations.

'Sadistic' girl, 16, 'laughed as she tortured a doctor to death in park'

In a statement, Frontier said the airline had notified police “immediately”.

“The safety and security of our passengers is our top priority at Frontier,” the airline stated.

“Upon deplaning Flight 1752 from Colorado Springs to Orlando, there was a confrontation between passengers.

“Police were immediately notified to aid in de-escalating the situation.”