New enrolments slumped by almost 25 per cent between 2017 and 2019 after the state introduced new entry standards, including raising the minimum ATAR for teaching degrees and introducing a new personal attributes test. 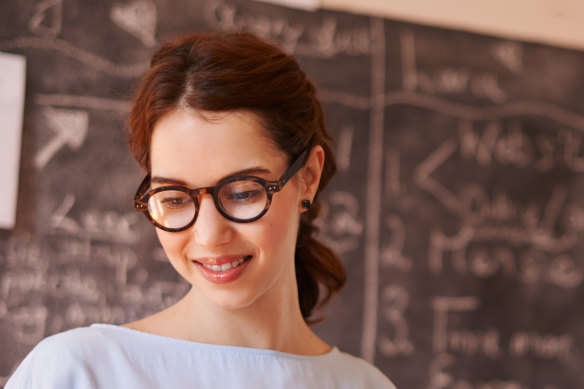 Fewer Victorians are enrolling in university courses to become teachers.Credit:Getty

The slump coincided with a national downturn of 20 per cent over the same two-year period, as fewer school-leavers entered teaching degrees.

Teacher education experts were divided on whether Victoria’s reforms contributed to the serious decline in people studying to be a teacher.

In 2018, the Andrews government raised the minimum tertiary admission rank for year 12 students entering teaching to 65, progressing to 70 in 2019. It also introduced a new character test for aspiring teaching students, called CASPer, in 2018.

The number of students starting a teaching course in Victoria fell 24.6 per cent, from 8787 students in 2017, to 6623 students in 2019, data from the Australian Institute for Teaching and School Leadership (AITSL) shows.

Professor Joanna Barbousas, dean of education at La Trobe University’s School of Education, said it was predictable that higher entry standards would block some people from entering teaching courses, but said there was no hard data to indicate the changes were producing better teachers.

“The different requirements to get into teaching changed the face of how to be a teacher, and we did say from the beginning, that is fine but have a plan for a shortage, because it will happen,” Barbousas said.

“Are they better? I’m not sure. There’s no real research data to say we have better people coming into a teaching degree.”

Australian states and territories are developing a national action plan to address a teacher shortage, which includes elevating the profession.

It follows a review into the quality of initial teacher education launched last year by the former Morrison government. Barbousas said the national conversation about teaching had flipped from quality to supply.

Professor Jim Watterston, dean of the University of Melbourne’s Graduate School of Education, said Australia risked reducing teacher quality by pushing more career-change professionals through accelerated pathways into the profession; one of the key ideas that emerged from this month’s meeting of education ministers.

“[Education Minister Jason] Clare has already talked about the apprenticeship model, and having these truncated courses, so we can get people in more quickly. But the danger is that it is an inhibitor to quality if we are going to try to rush people through,” Watterston said.

AITSL chief executive Mark Grant said that while Victoria experienced a considerable drop in undergraduate ITE commencements between 2017 and 2018, and a further drop in 2019, this followed a trend which began about 2015-2016.

Grant said a similar trend could be seen across all states and territories.

“While Victoria’s policy change may have played a factor in the decline in undergraduate commencements between 2018 and 2019, the data does not show this definitively – and would, in fact, indicate the decline follows a broader trend that can be seen across all states and territories,” he said.

Almost 10 per cent of initial teacher education graduates are blocked from beginning a teaching career due to their failure to pass a mandated test of their literacy and numeracy skills. The test, called the LANTITE, has been used since 2016. It requires graduates to demonstrate that their literacy and numeracy skills are in the top 30 per cent of the Australian adult population.

From next year, would-be initial teacher education students will be permitted to sit the test before commencing their studies.