COPENHAGEN (Reuters) – Denmark’s prime minister said on Friday that it is in talks with a number of European allies about an international naval mission to ensure safe shipping through the Strait of Hormuz. 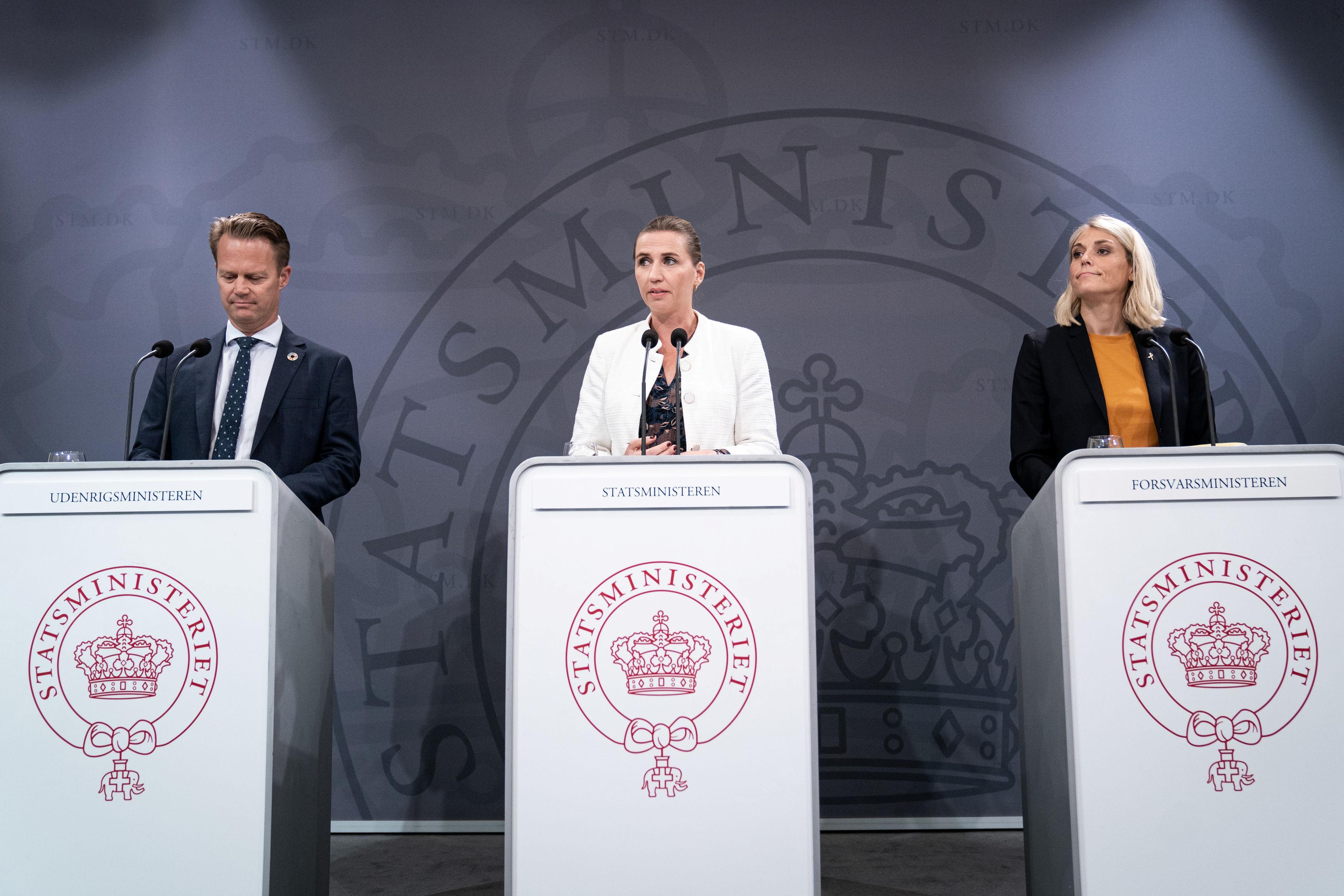 “We are looking into the possibility of a Danish naval contribution in an international European-led effort,” said PM Mette Frederiksen.

“We are in dialogue with a number of European countries about how such an effort can be organised”.

France has pushed for a European alternative after ruling out joining a U.S.-led coalition of countries protecting oil tankers and cargo ships from threats posed by Iran in the Strait of Hormuz.

U.S Defense Secretary Mark Esper and his French counterpart will discuss on Saturday how France’s navy could coordinate with Washington to ensure freedom of navigation in the Strait of Hormuz.

“When it comes to the Hormuz Strait, we deem it wise, and a number of European countries do so, too, that we try and create a European-led operation, which should not be regarded as an alternative to the American presence, but as a supplement,” Frederiksen said.

Denmark will also add about 700 soldiers, a frigate and four fighter jets to NATO forces, Defense Minister Trine Bramsen said at the briefing.

In addition, it will send a frigate to support a U.S. aircraft carrier in the North Atlantic and Mediterranean starting early next year, she said.

The NATO country earlier this year pledged to raise its military spending to 1.5% of its gross domestic product in 2023, up from 1.35% planned this year.

U.S. President Donald Trump called off a planned visit to Denmark in early September after his idea about buying Greenland, a Danish territory, was rebuffed. In a tweet later, Trump criticized Denmark for not meeting a NATO target of spending 2% of GDP on defense.

“One thing is how much money we spend on our defense seen in isolation, and another thing is our capacity and ability to form part of the defense cooperation,” Frederiksen said.

I was a trafficked prostitute who was paid just £20 for sex, raped by man who said he had HIV and treated like an animal