Home » World News » Dispatches from the apocalypse: Photos show eerie scenes and orange skies as smoke tints the atmosphere across the West Coast 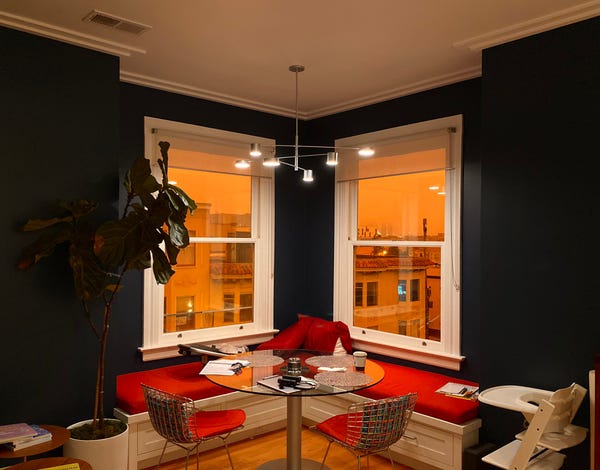 That's what San Francisco resident Brian Wickman wrote on Twitter Wednesday morning in a caption alongside the eerie photo above. Outside his apartment window, the sky was bright orange.

Wickman isn't the only one referencing the end times this week. As hundreds of wildfires tore through Washington, California, and Oregon on Tuesday and Wednesday, their has smoke accumulated in the sky, casting many regions in creepy, apocalyptic shades of orange and red.

Fueled by dry vegetation and unusually high summer temperatures — both effects of climate change — the fires have destroyed homes and forced evacuations in all three states. A new bout of blazes in Oregon, the Sierras, and other areas erupted this month, just weeks after lightning strikes started hundreds of wildfires in Northern California. Two of those August fires became the second- and third-biggest in state history.

Wildfire smoke causes these striking changes to the sky because sunlight interacts with particles in the atmosphere and scatters differently depending on how it hits them. Nitrogen and oxygen molecules are what that light usually hits, and they're best at scattering light with short wavelengths, like blue light. This phenomenon is called Rayleigh scattering, and it explains why the sky is normally blue.

Particles from smoke, meanwhile — like volatile organic compounds, dust, and soot — are much larger than gas molecules, and they scatter light with longer wavelengths. That's a phenomenon called Mie scattering, and it's why skies turn orange and red due to wildfire smoke (it doesn't have to do with the color of the flames themselves).

From Washington to San Francisco, here are nine striking and apocalyptic images of the smoke-discolored skies. 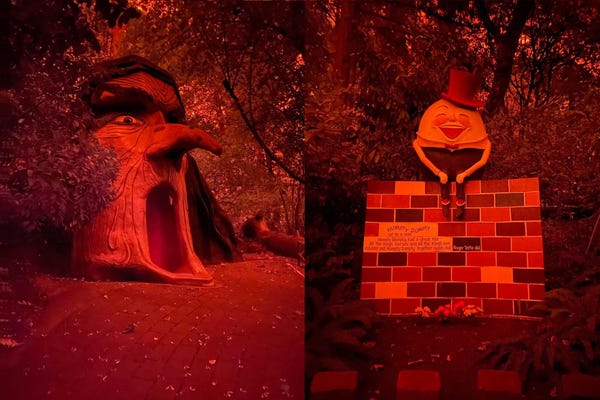 About 10 miles north, in Salem City, Oregon, smoke from the 159,000-acre Santiam Fire turned the sky hazy and dark orange. 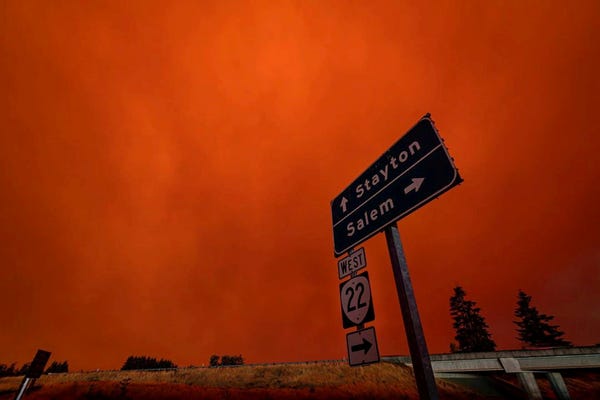 In addition to the Santiam Fire, fires are burning in southern and coastal Oregon, as well as the state's Clackamas River area and McKenzie River Corridor. All are filling the sky near Salem City with smoke. 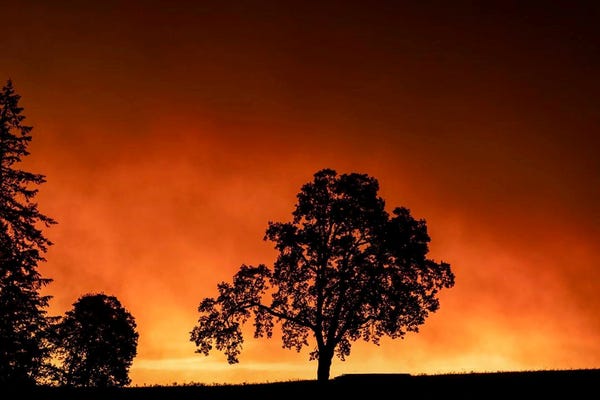 Bright orange skies contrasted sharply with the the San Francisco International Airport — which was, ironically, lit up green in honor of the city's parks. 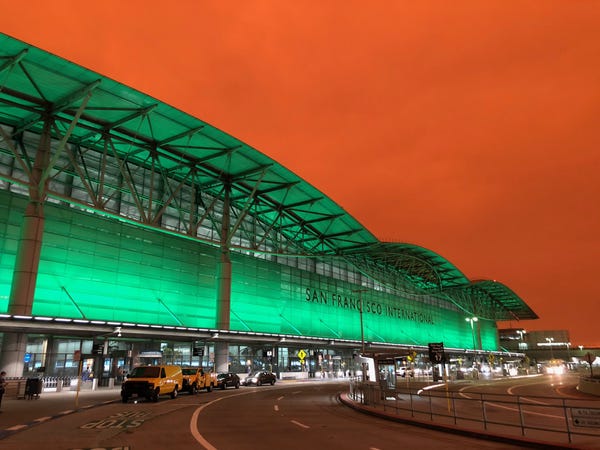 In downtown San Francisco, the city's famous fog slid in below the smoke to create a thick orange haze. 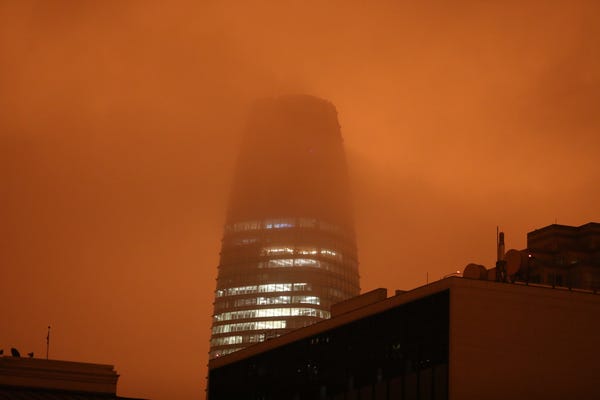 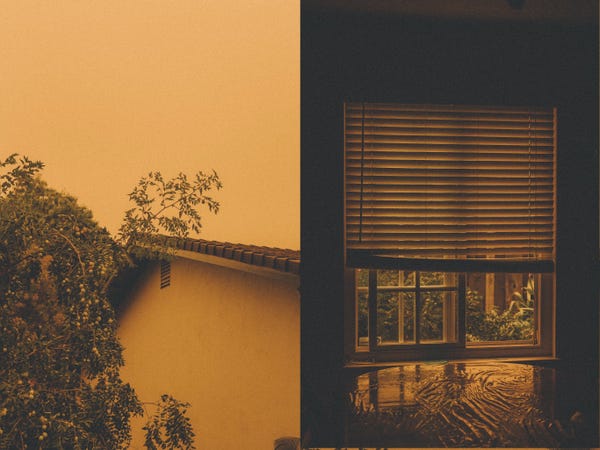 Just north of San Francisco, the town of Sausalito was also blanketed in orange. 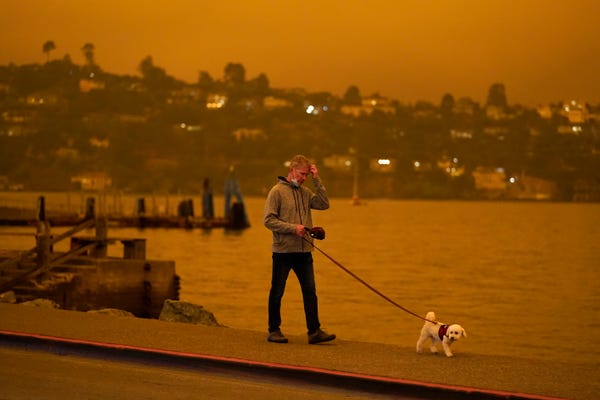 In the area around the Sumner Grade Fire in Sumner, Washington, a blood-red sky surrounded the setting sun. 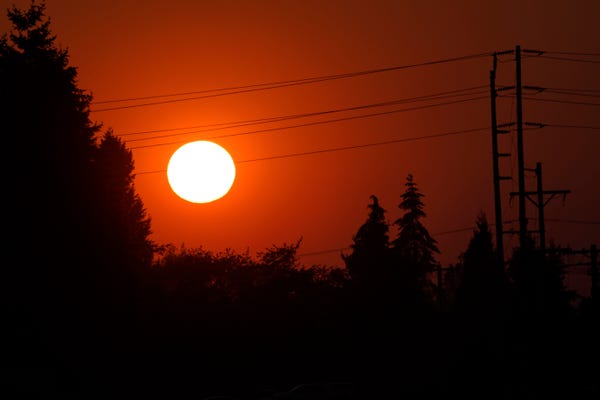 And in Seattle and Mercer Island, Washington, smoke from multiple brushfires turned the sunset over Lake Washington a dull purple. 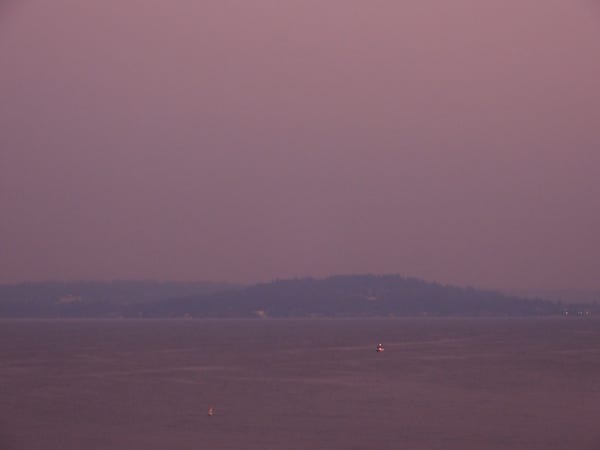