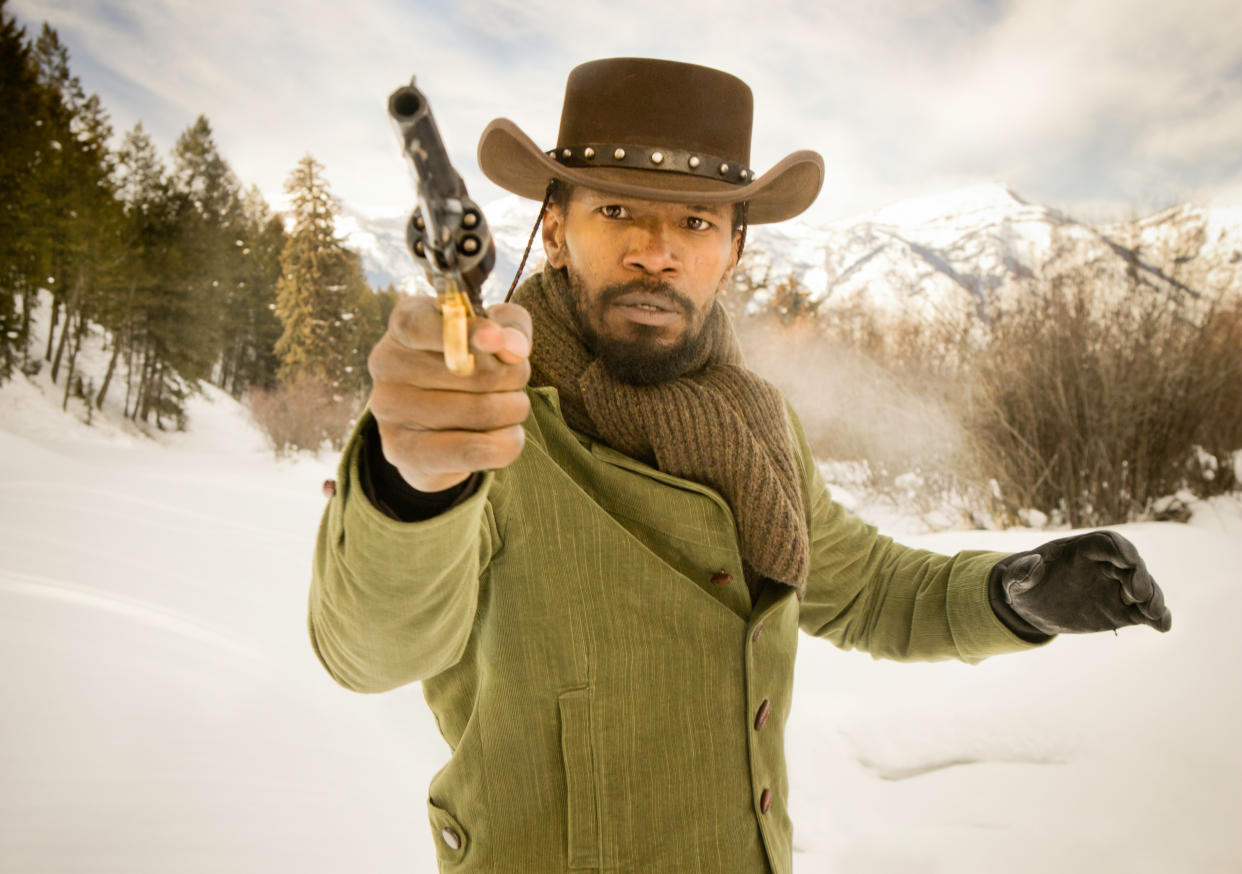 If there’s one takeaway from talking to Jamie Foxx about making Django Unchained — the Oscar-winning revisionist Western that opened 10 years ago, on Dec. 25, 2012 — it’s that the actor really, really, really loved working with writer-director Quentin Tarantino.

“Working with Quentin Tarantino is the best,” Foxx told Yahoo Entertainment in a 2018 Role Recall interview. “Because he’s like a jazz musician. He just plays. And he has incredible disciplines. He says, I only shoot with one camera. I’m a director, not a video selector — so everything he shoots is one camera, it’s lean.

“He loves cinema. He loves everything about it. And if you’re lucky enough to become part of that family, it’s a wonderful time. Because with the way movies are going now, with the reboots and the superheroes and what we do now, it’s rare when you get to work with someone that original.” 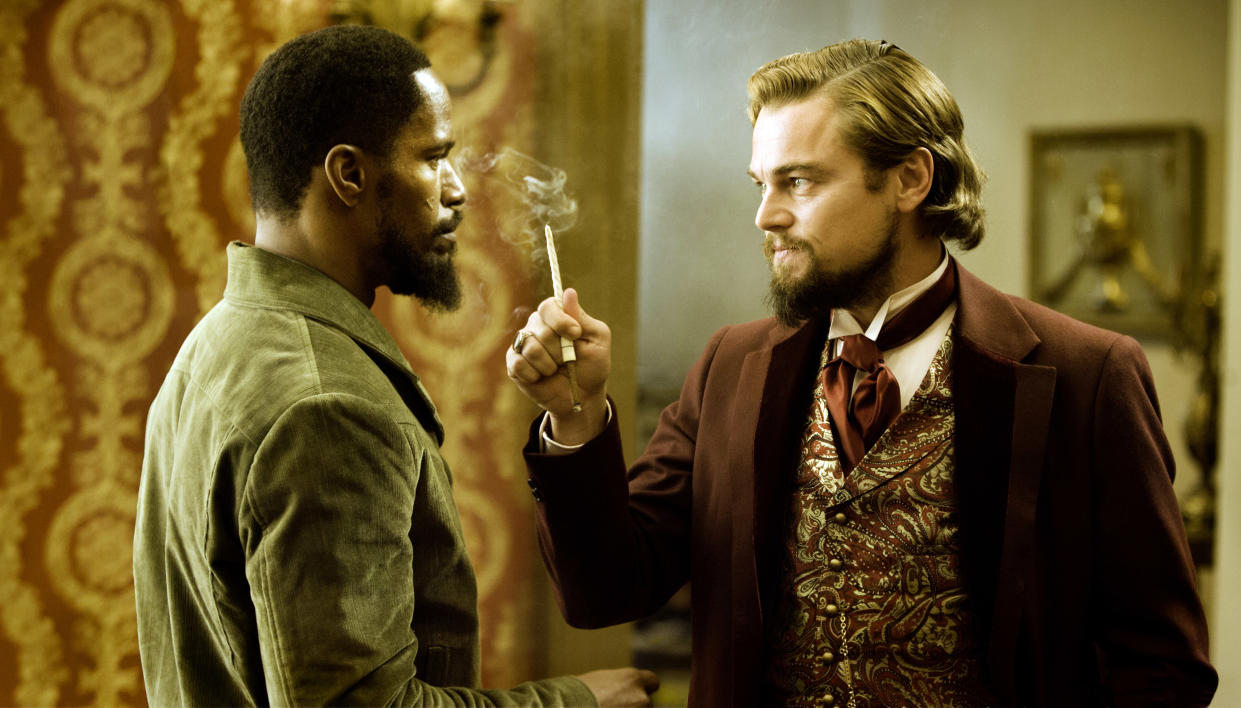 Foxx, who won an Oscar for 2004’s Ray, played Django Freeman, a formerly enslaved man who sets out to rescue his wife (Kerry Washington) from a merciless Mississippi plantation owner (Leonardo DiCaprio).

The actor had heard about the project while it was in development, and lobbied for the part — but thought it might go to another bold-faced Hollywood name.

“What’s interesting is, [Tarantino] goes on vibes,” Foxx says. “I would see [him] at clubs, dinners, things like that, and just be like, “You the baddest motherf***ker on the planet. If I ever get the chance, I’m really ready.

“Of course, there were other people who I thought would have been incredible [in the role]. Will Smith would have been fantastic. I know at one point, Idris Elba — I said, ‘Idris, are you Django?” And he said [impersonating Elba], ‘Quentin Tarantino is talking about this movie called Django Unchained,’ and I was like, ‘Boy, your pretty black ass playing Django — it’ll be crazy!’ But luckily, I got a chance to meet with Quentin, and we hit it off.” 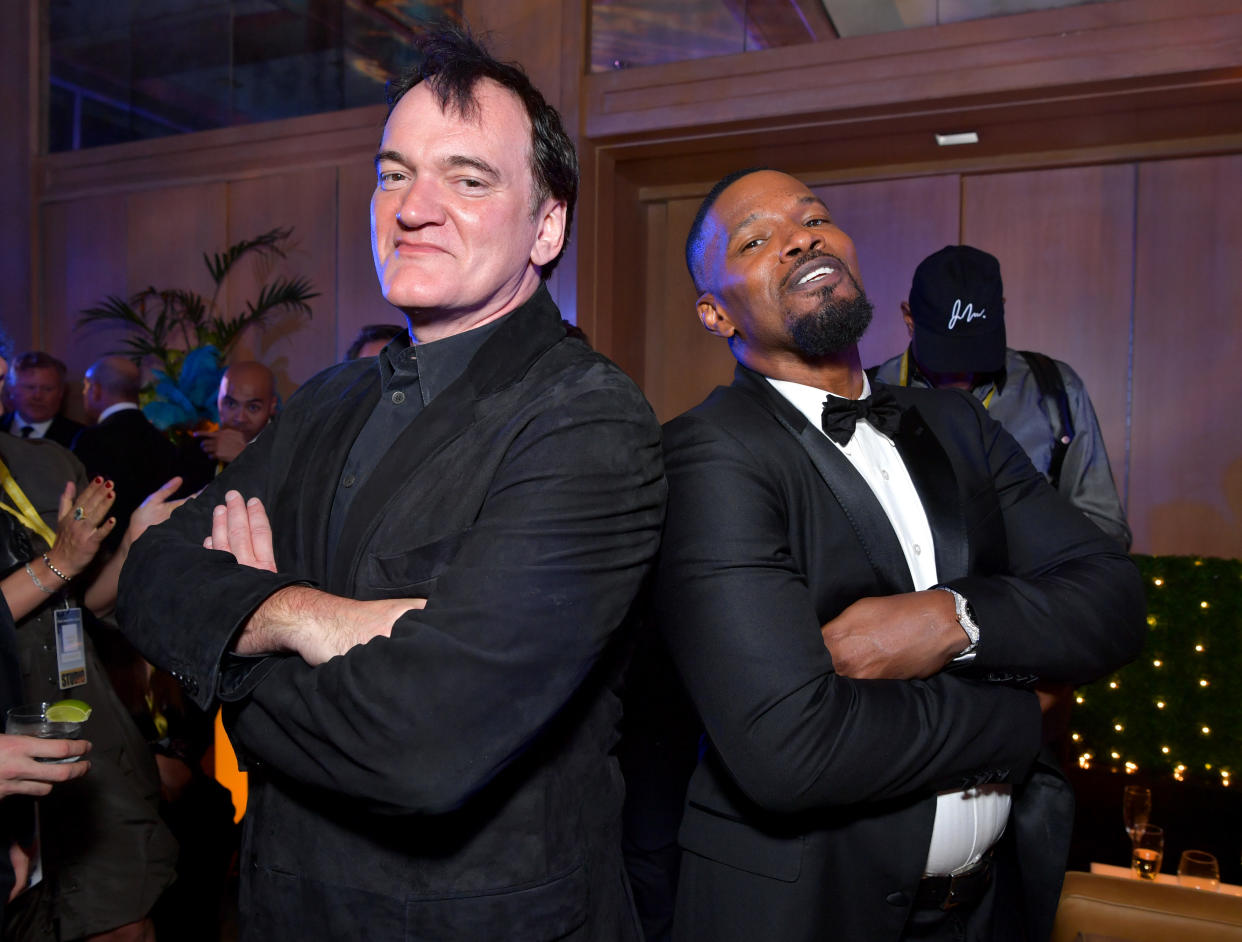 Foxx defends the Pulp Fiction filmmaker when it comes criticism over the use of racial slurs, particularly the N-word. The word is uttered 110 times in Django, according to the Dallas Observer. (Other Tarantino movies not set at the time of slavery also had an excessive amount of the epithet: Jackie Brown and The Hateful Eight both used the word over 35 times.)

Probe launched after Apache helicopter fires round at Army base