A heated argument between two hospital consultants escalated to the point where they started filming each other on shift before one told the other to ‘go to Specsavers’, a tribunal heard.

Dr Therese William’s ‘poor working relationship’ with a fellow consultant at University Hospital Lewisham boiled over when she reacted by knocking her phone out of her hand.

The pair had reported each other 20 times to the hospital’s internal online incident report system, the employment tribunal was told.

In July 2019 an incident occurred before a complicated twin birth, when her colleague, referred to only as Dr E, complained she had not been able to find her to discuss the procedure beforehand. 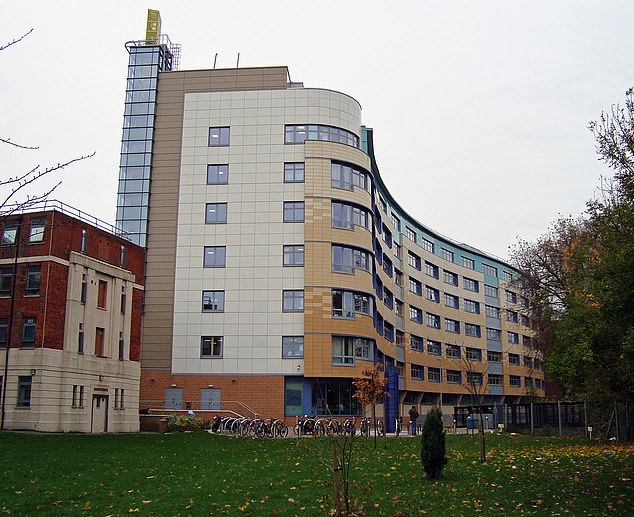 As the row escalated Dr E began filming Dr William, who responded by pulling out her own phone and also recording their dispute.

Dr William later said Dr E had not been in theatre with her, to which Dr E retaliated by sharing her video to the consultant group WhatsApp – calling the paediatrician a ‘liar’ and saying she needed a visit to the famous opticians.

After Dr William complained about the incident, bosses disciplined her for exaggerating her account of events and handed her a 12 month written warning for providing ‘incorrect information’.

She lodged an appeal and grievance but both were rejected.

Dr William then took her employer, Lewisham and Greenwich NHS Trust, to an employment tribunal, claiming her treatment was a result of her whistleblowing, but the judge dismissed her case.

The tribunal, held in Croydon, heard Dr William started as a Consultant Paediatrician and Neonatologist at University Hospital Lewisham in January 2018.

There was a ‘particularly poor working relationship’ between Dr William and Dr E, the tribunal heard.

The hospital operated an internal complaints system, where colleagues could complete electronic assessments of colleagues.

The tribunal heard that both Dr E and Dr William had reported each other – having 20 ‘receipts’ each.

On 30 July 2019 there was a complex birth involving twins, which led to an argument and Dr E filming Dr William.

Dr William then got her phone out and started videoing or photographing Dr E – who was making ‘repeated requests’ for Dr William to help her in the ‘clinical matter’.

The tribunal heard Dr William did not agree and ‘accused Dr E of lying’.

Dr E claimed Dr William knocked her phone out of her hand, although the video didn’t show that.

The tribunal heard that later that day Dr E posted the video on the consultant group WhatsApp. She described Dr William as a ‘liar’ and said that she should, ‘in effect, go to Specsavers’.

The tribunal heard that Dr William then met her bosses and complained Dr E had been ‘aggressive and angry’.

A month later – having heard nothing – Dr William went further; emailing managers saying Dr E had ‘violated all professional boundaries at the workplace’.

She warned that it was a ‘progressing’ issue and that next time Dr E got angry she thought she might ‘physically attack’ her.

Dr William added that she had ‘managed to escape this time’ as Dr E had sworn, shouted in front of juniors [doctors], was aggressive and ‘invaded personal space boundaries’.

Dr E’s full message to the WhatsApp group was revealed to be: ‘You are such a liar- you looked into my eyes in theatre and yet saying that I was not there. You need to go to Specsavers seriously.’

The tribunal heard the issue had arisen as Dr E had been trying to contact Dr William to ‘plan for the complex delivery’, claiming she had ‘ignored’ her.

She explained her motives for filming were ‘provide an accurate account and to try to persuade Dr William to attend the delivery’.

The tribunal heard Dr E also said Dr William ‘struck towards her face’ and ‘hit her with a pencil case that she was holding in her hand’.

However, the tribunal found that Dr William had only ‘touched or tapped’ Dr E’s phone with her pencil case.

With regard to the incident, Employment Judge Juliette Nash said: ‘Some parts of the account were not true and Dr William knew they were not true. [Dr William] herself accepted she had not been sworn at. 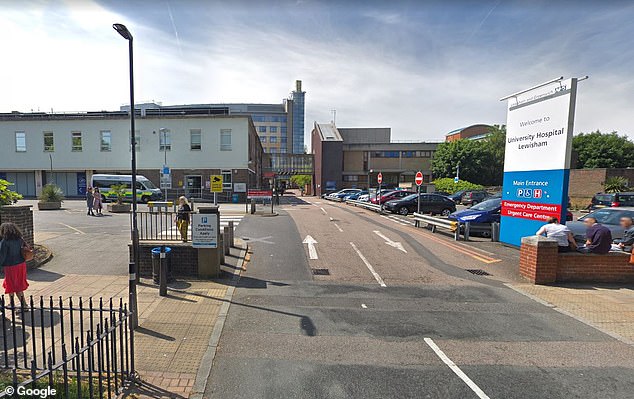 Dr William took her employer, Lewisham and Greenwich NHS Trust, to an employment tribunal, claiming her treatment was a result of her whistleblowing, but the judge dismissed her case

‘Whilst she had been called a liar (which she felt was culturally equivalent), Dr E had not sworn at her.

‘There were some parts of her account which were unquestionably true.

‘She had publicly been accused of being a liar and the comment about going to Specsavers had been made.

‘The videos did not show any of the disputed conduct.

‘The videos did not show that Dr E had shouted at Dr William in front of juniors.

‘The videos did not show Dr E pointing fingers or being aggressive, invading Dr William’s personal space or uttering threats or insults.

‘Further, the videos did not show that Dr E’s phone had made contact with Dr William’s face when she left the room.

‘To sum up, the tribunal found that Dr William considerably exaggerated her account of the 30 July incident. The tribunal was bolstered in its view of Dr William’s further exaggerating the incident by her adding an allegation of assault later in the process.’

Gov. Cuomo is ‘concerned’ with spate of shootings in NYC

Girlfriend of Browns’ Chris Smith killed in car crash, 4 weeks after birth of their daughter