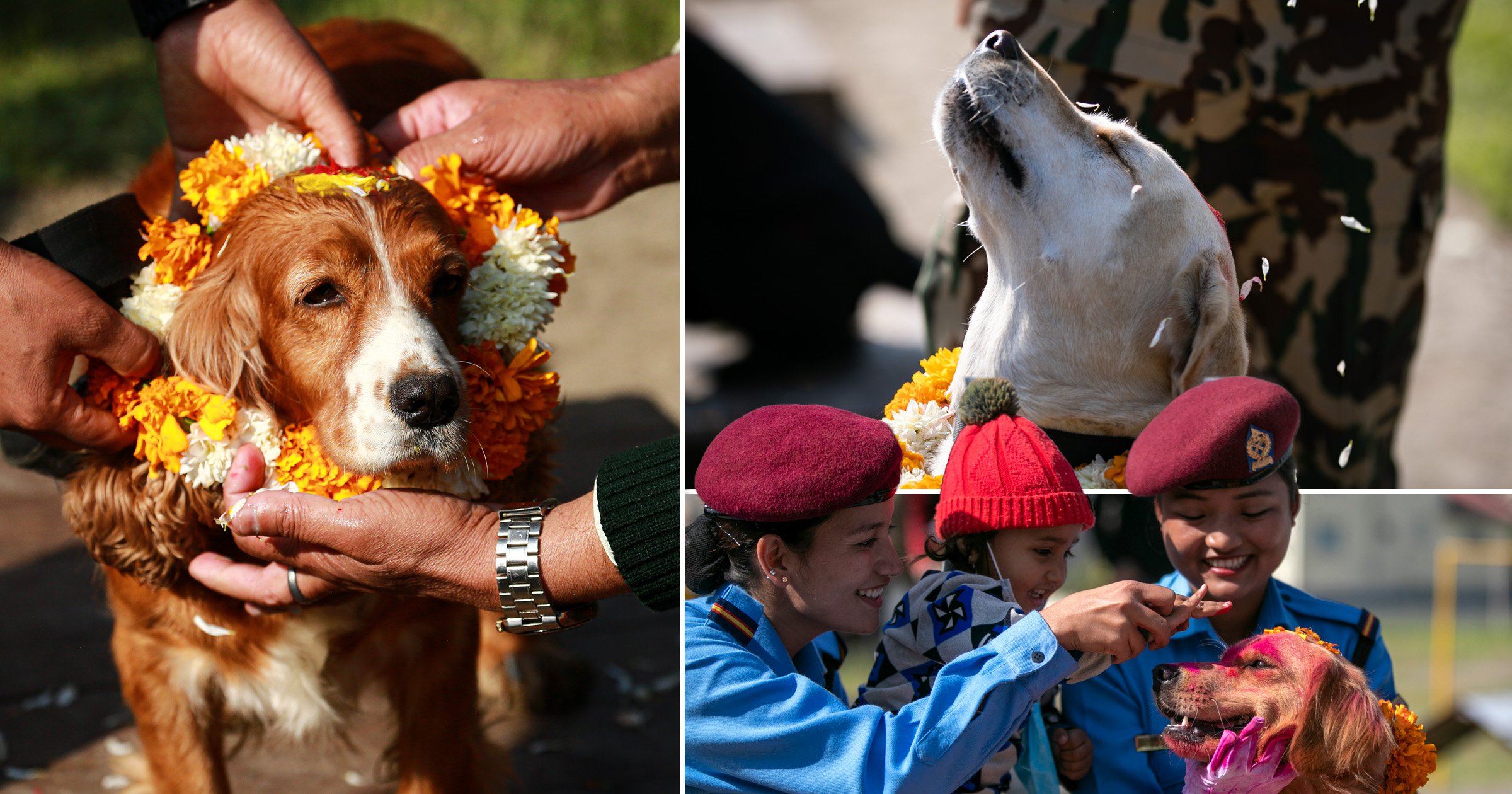 The next time you get given a hard time for spoiling your dog, remember that on one day in Nepal they are literally worshipped.

During the five-day-long Hindu Tihar festival, dogs get their own day as one of the four creatures believed to be messengers from the Hindu god of death Yama. This year, the Day of the Dog fell yesterday.

Dogs all over Nepal were honoured with baths and given treats of milk, sweets, meat and rice.

Even stray dogs were celebrated as they enjoyed the affection and doting of people who take part in the festival.

Housewife Parbati Devkota, 40, said: ‘Kukur (dog) Tihar is special among the different festivals. I worship my dog every year on this day.’

She had just finished a worship ceremony for her dog in the country’s capital Kathmandu – giving it sweets, flowers and vermillion.

The police dog training centre put on a show with 47 of its dogs – showing people how they had been trained to jump, run and navigate obstacles.

The first day of the Tahir festival celebrates crows, which are offered up grains, seeds and sweets left on people’s roofs and streets.

People believe feeding the crows, also seen as a messenger from the god of death, will ward off death and grief.

Dogs are the focus of the second day, where they are thanked for their loyalty and companionship.

On the third day, cows, which are sacred to Hindu people as creatures who give more than they take back, are worshipped.

Oxes are celebrated on the fourth day and humans worship each other on the fifth day.

In Hinduism, it is believed that keeping Yama’s messengers happy will appease the god of death.

US police have said 'several' bodies found inside a suburban business