Speaking from the White House today, Trump demanded NATO take a leading role in the Middle East following Iran’s retaliatory missile strikes on Tuesday. Trump declared “I ask NATO to become much more involved in the Middle East process”. His sentiment is in direct opposition to Mr Macron’s comments last year that the alliance was “brain dead”.

He also questioned whether the principle of that if one member is attacked, they are all attacked still stood.

As Mr Macron said: “I don’t know but what will Article Five mean tomorrow?”

He also added the US’ actions had left the continent on “the edge of a precipice”. 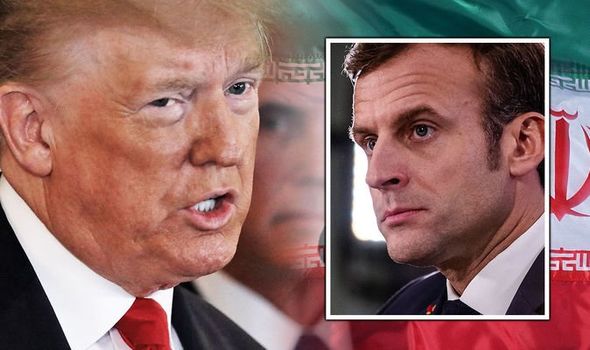 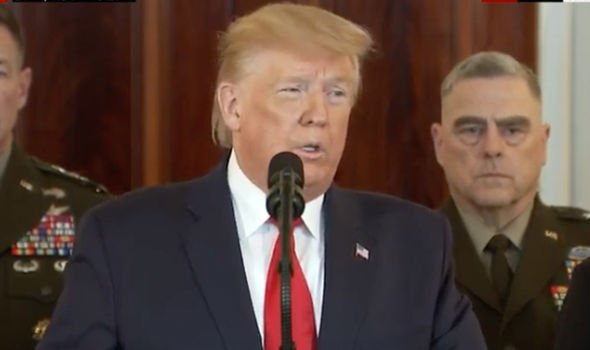 Following Iran’s strikes on Tuesday, it was feared a regional war could be sparked in the Middle East.

In keeping with a call from leaders across the world, Trump looked to de-escalate tensions as he declared Iran seemed to be “standing down”.

He also declared the US had done a “very good thing for the world” by eliminating Qassem Soleimani.

As well as calling for NATO to take a leading role in the region, Trump also declared it was now time for the other participants in the 2015 nuclear deal to withdraw.

JUST IN: Iran plane crash: aviation expert not convinced it was malfunction 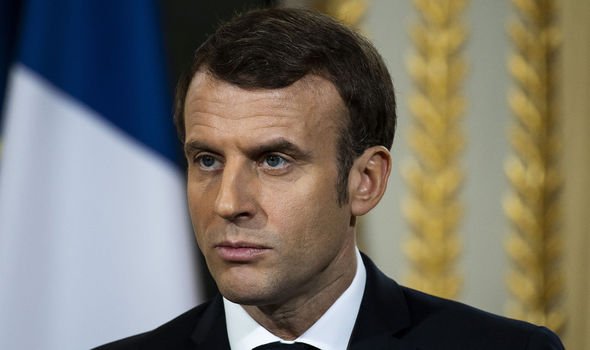 The US withdrew from the treaty in 2018 while Iran had also declared it would not abide by any of the sanctions of the deal following the America’s strike.

In his speech, Trump called for Germany, France, China, the UK and Russia to leave the deal with the Islamic Republic.

He said: “The very defective JCPOA expires shortly anyway and gives Iran a clear and quick path to nuclear breakout.

“Iran must abandon its nuclear ambitions and end its support for terrorism. 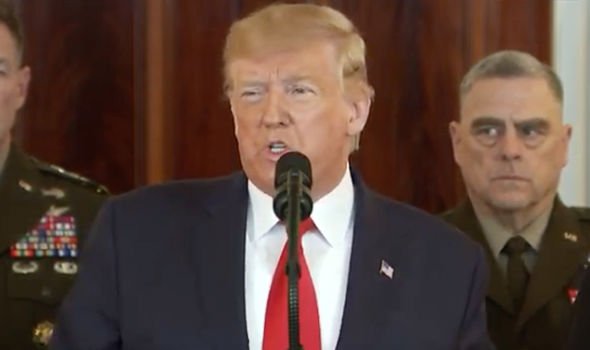 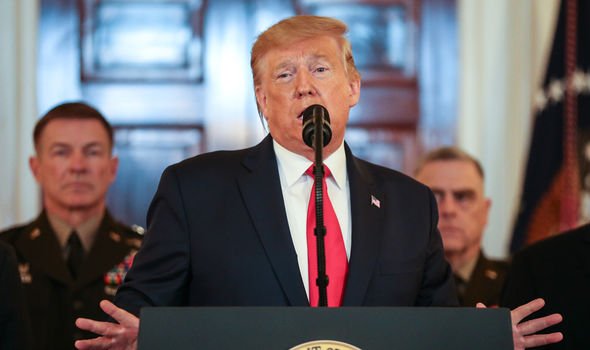 “The time has come for the United Kingdom, Germany, France, Russia and China to recognise this reality.

“They must now break away from the remnants of the Iran deal – or JCPOA – and we must all work together towards making a deal with Iran that makes the world a safer and more peaceful place.”

Trump also declared the need for the Islamic Republic to thrive in order to maintain peace in the region.

Concluding his speech, the President referenced the US’ battle against ISIS.

He added Iran was a natural enemy of the terror group. 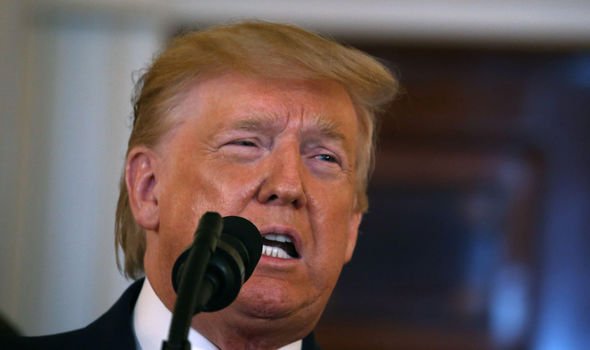 He said: “We should work together on this and other shared priorities.

“To the people and leaders of Iran, we want you to have a future, and a great future, one that you deserve, of prosperity and harmony.”