Donald Trump has confirmed he is interested in buying Greenland, saying it would be “essentially a large real estate deal”.

Asked about reports that he was exploring the purchase of the 850,000 sq mile island from Denmark, the US president said he was “looking at it” as “strategically for the US it would be nice”.

Mr Trump’s interest in the Danish territory emerged this week when he reportedly discussed it in a private meeting with advisers.

However, that does not appear to have put Mr Trump off.

Speaking to reporters in New Jersey, he said: “It is something we talked about. Denmark essentially owns it, we are very good allies with Denmark, we protect Denmark like we protect large portions of the world. 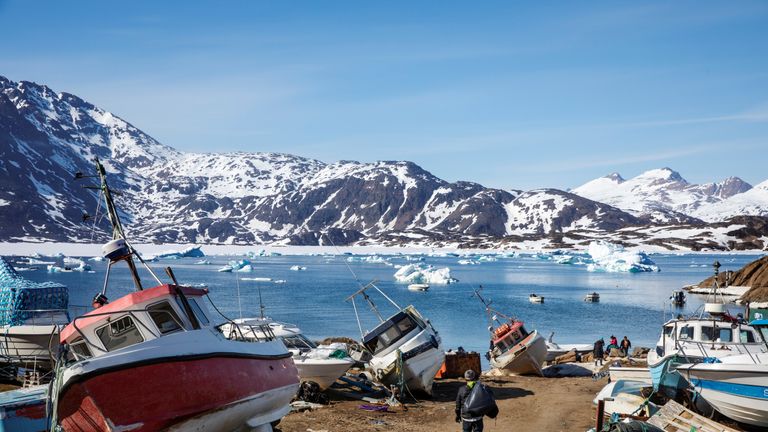 “The concept came up – strategically it would be interesting. We’ll talk to them a little bit, it is not number one on the burner at the minute I can tell you that.

“Alot of things could be done, essentially it is a large real estate deal. It’s hurting Denmark very badly because they are losing almost $700m a year carrying it.”

America has had an air base in Greenland for decades as part of its global network of missile radars and space surveillance.

The island’s foreign ministry tweeted on Friday: “#Greenland is rich in valuable resources such as minerals, the purest water and ice, fish stocks, seafood, renewable energy and is a new frontier for adventure tourism.

“We’re open for business, not for sale.”

Mr Trump is due to visit Denmark in September as part of a European trip but any attempt to raise the idea of buying the huge island is likely to be shot down.

Before Mr Trump confirmed he was interested in buying Greenland, Soren Espersen, a foreign affairs spokesperson for the Danish People’s Party, told broadcaster DR that if he was serious about the idea it would be “final proof that he has gone mad”.

“The thought of Denmark selling 50,000 citizens to the United States is completely ridiculous,” he added.

Martin Lidegaard, an MP for the Danish Social Liberal Party and former foreign minister, called the idea “a grotesque proposal”.

“We are talking about real people and you can’t just sell Greenland like an old colonial power,” he said.

It is not the first time a US president has raised the idea of purchasing the island.

Greenland, a self-ruling part of Denmark, is dependant on Danish economic support and is situated between the North Atlantic and Arctic oceans.

It handles its own domestic affairs, while Copenhagen heads it defence and foreign policy.