DONALD Trump will be met with protesters when he arrives at a reception at Buckingham Palace tomorrow.

The president is visiting for the Nato summit, but it may be good to know about road closures and disruption caused by protests. Here's all you need to know. 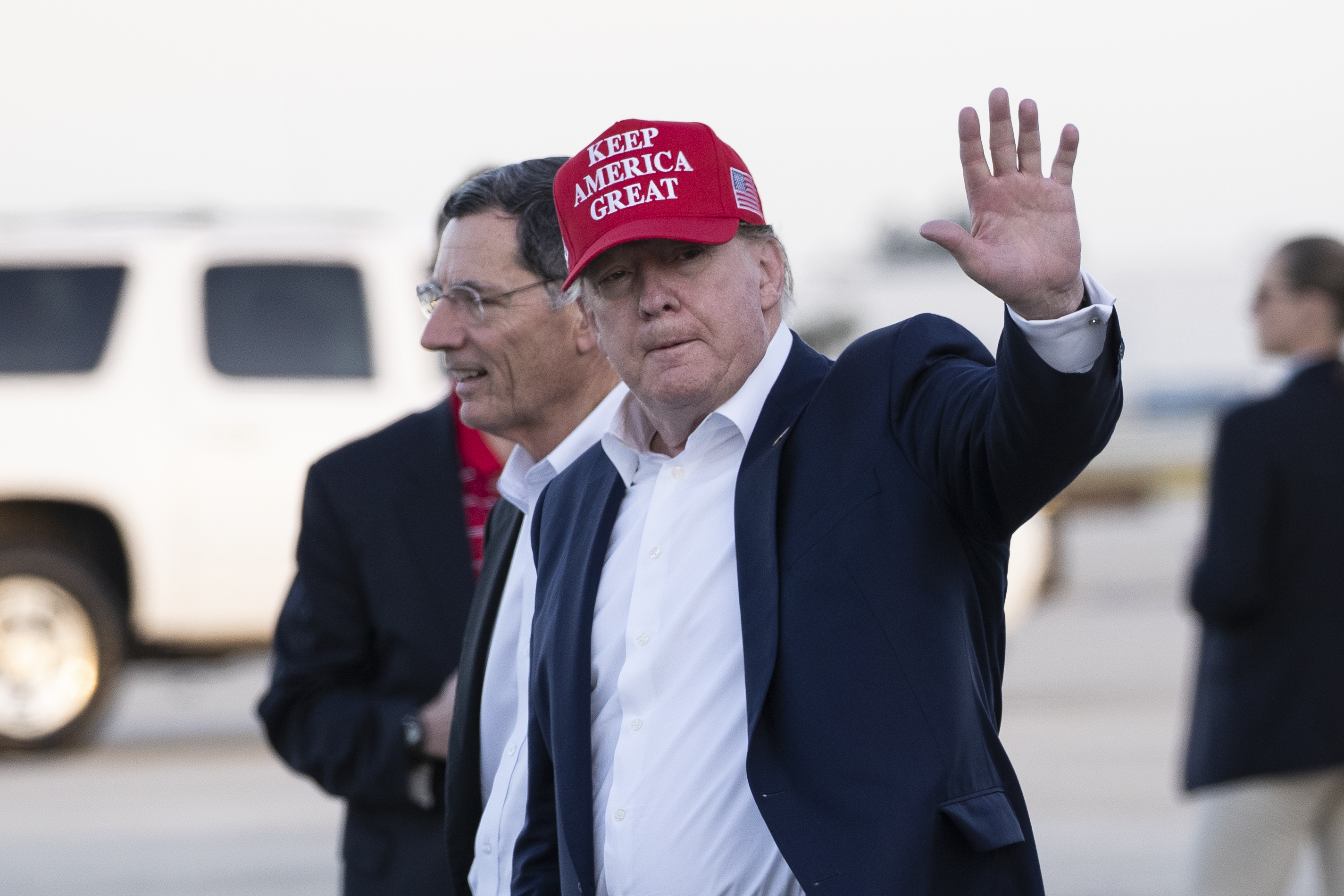 When is Donald Trump visiting?

He will be in the UK from today until Wednesday, December 4.

The president will be welcomed with a reception at Buckingham Palace tomorrow.

Nato (the North Atlantic Treaty Organisation) will then meet at The Grove in Watford, on December 4.

When is the Trafalgar Square CND march?

On Tuesday evening tens of thousands of doctors, nurses and other NHS workers will be protesting outside Buckingham Palace.

The protesters will march from Trafalgar Square up to the Mall to gather at Canada Gate and other Nato meet the Queen at 6pm.

The march is to highlight the potential risks to the NHS in a future US-UK trade deal.

The Stop Trump Coalition, which has helped organise protests in 2018 during his July visit, said in a statement: "The health workers' bloc will tell Trump 'hands off our NHS,' as concerns intensify about a trade deal letting U.S. firms muscle in on the health service."

Will there be travel disruptions and road closures?

The summit will see heightened security, road closures and traffic – with police warning of significant disruption.

Anyone travelling through the Watford area should look out for:

In London, a number of road closures will be implicated across central areas as part of a security operation, according to Met Police.

Closures will begin from around 11pm tonight and will remain in place until December 4.

On Tuesday, 3 December, closures will be put in place on Constitution Hill, The Mall, Horse Guards Road and Birdcage Walk.

A partial closure of Whitehall and Parliament Square will also be implemented. Map 1 is attached to highlight the closures.

Whilst these roads are closed to vehicles, a number of footways will be open, but may be subject to temporary closures. These are marked in yellow on Map 1.

Officers will be available to direct pedestrians.

Between 16:30hrs and 22:30hrs (also on 3 December), a total exclusion zone will be implemented in the pink shaded area with red barriers. This means no vehicles will be allowed in this area. This has been highlighted on map 2.