Nord Stream 2 bypasses Ukraine, potentially depriving it of lucrative transit revenues and undermining its efforts against Russian aggression. The pipeline will also increase European energy dependency on Russia and compete with shipments of US liquefied natural gas.

Joe Biden’s US State Department branded it a “bad deal – for Germany, for Ukraine, and for our Central and Eastern European allies and partners and urged firms involved to “immediately abandon work” on it.

Officials said sanctions could be imposed on the pipeline’s parent company, an insurance firm working with the vessels laying the pipeline in the Baltic Sea and other organisations providing support vessels and materials to the £8bn project.

US Secretary of State Antony Blinken said: “Any entity involved in the Nord Stream 2 pipeline risks US sanctions and should immediately abandon work on the pipeline.” 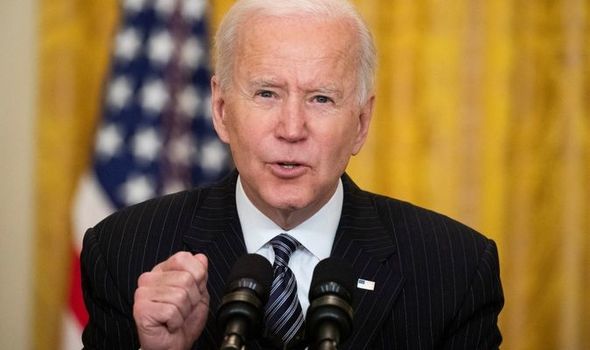 Nearly 20 companies, mostly insurance firms, recently quit the project after Washington warned them in recent months that they could be sanctioned.

Mr Blinken said the Biden administration was committed to complying with 2019 and 2020 legislation with regards to the pipeline and sanctions.

Officials in Berlin have yet to begin substantive discussions with the Biden administration on Nord Stream 2 and said they did not definitively know the US position.

A senior US State Department official Washington was engaging the German government at multiple levels to make the sanctions risk clear.

But German Foreign Minister Heiko Maas has defended Nord Stream 2 as a private, not a political, enterprise and the companies involved have repeatedly said the justification for the link is commercial. 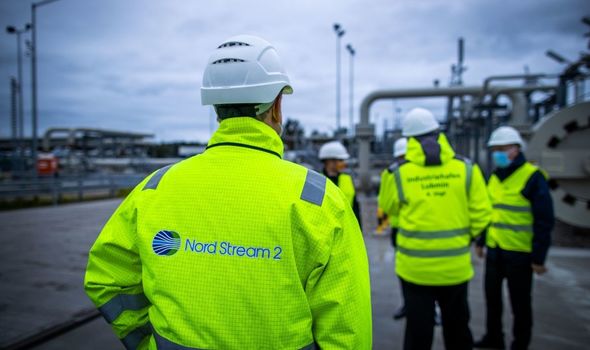 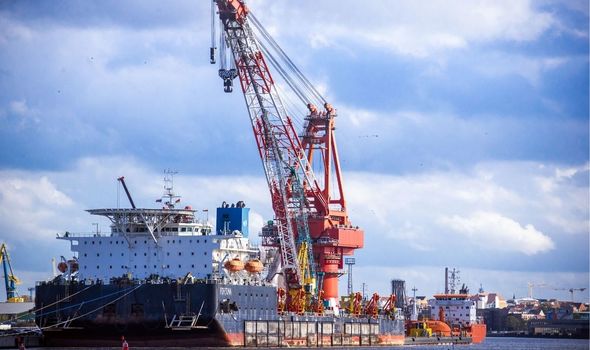 Germany also insists the pipeline will give Europe greater security from gas supply disruptions, and that it has protected Kiev by ensuring Russia continues to export some of its gas via Ukraine.

An EU diplomat said: “Berlin is trying to buy time and make sure that the construction is finished, because they think that once the pipeline is onstream, things will look differently to the United States.”

Another Brussels insider said: “Berlin believes there’s a willingness in Washington to talk about this and find a solution.”

But Washington views the project as part of a Kremlin plot to manipulate European countries and undermine neighbours, such as Ukraine, that seek to withdraw from Moscow’s orbit.

The threat of fresh sanctions against Nord Stream 2 companies came as diplomatic relations between Washington and Moscow sank to a new post-Cold War low.

Vladimir Putin has called for live online talks with Mr Biden after the US President said he thought the Russian leader was a killer.

Mr Putin cited a Russian children’s playground chant to scathingly respond to Mr Biden’s accusation with the comment that “he who said it, did it”.

Tensions erupted when Mr Biden was asked in an ABC News interview if he believed Mr Putin was a killer and replied: “I do.” 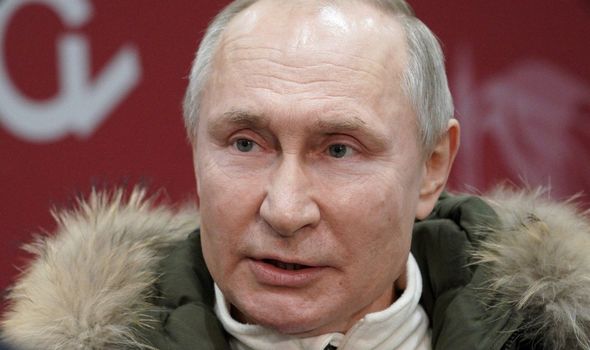 Mr Biden was quick to extend a nuclear arms pact with Russia after he took office but his administration has said it will take a tougher line with Moscow than Washington did during Donald Trump’s term in office, and engage only when there is a tangible benefit for the US.

White House spokeswoman Jen Psaki said the US President had no regrets about calling Mr Putin a killer and dismissed the Kremlin’s request for talks.

She said: “I would say the president already had a conversation with President Putin, even as there are more world leaders that he has not yet engaged with.”

Mr Putin said he was ready to discuss Russia’s relations with the United States and other issues such as regional conflicts.