PILOTS flying the doomed Lion Air Boeing 737 MAX “desperately scoured a handbook” to stop the plane nosediving into the sea – but ran out of time before the jet crashed, its black box has revealed.

The captain, 31, asked the first officer to scrutinise the quick reference handbook, which contains checklists for abnormal events, a source said. 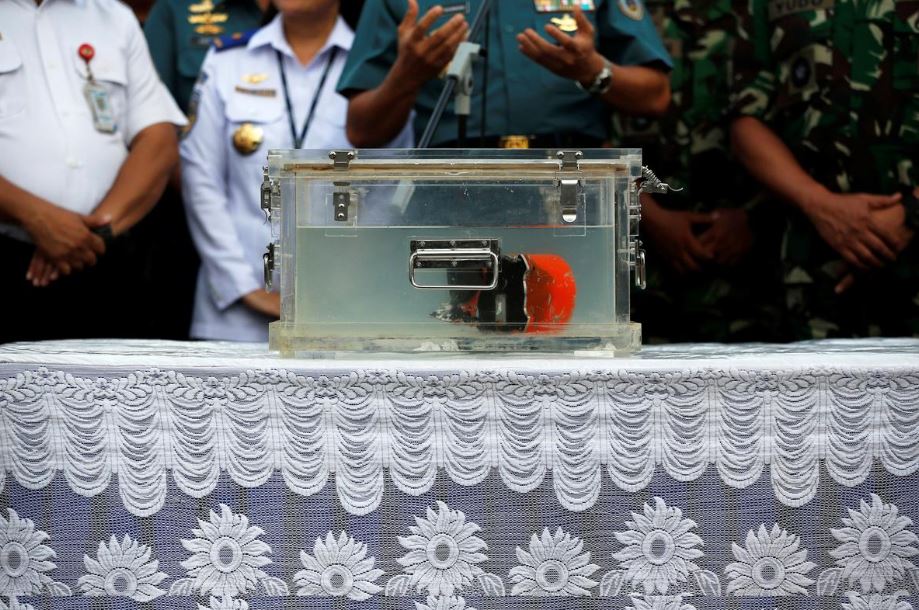 The Boeing 737 MAX 8 was described by fishermen as "literally falling out of the sky" when they saw it smack into the Java Sea, north-east of Indonesia's capital, Jakarta, on October 29.

A Reuters investigation into the doomed plane found that the pilots searched a handbook as they struggled to understand why the jet was lurching downwards.

But, they ran out of time before it crashed into the water, killing all 189 people on board during the flight, according to three people with knowledge of the cockpit voice recorder contents.

The news agency said the latest findings have "taken on new relevance as the US Federal Aviation Administration (FAA) and other regulators grounded the model last week after a second deadly accident in Ethiopia", which claimed 157 lives.

Investigators examining the Indonesian crash are considering how a computer ordered the plane to dive in response to data from a faulty sensor, and whether the pilots had enough training to respond appropriately to the emergency, among other factors.

It is the first time the voice recorder contents from the Lion Air flight have been made public.

The three sources discussed them on condition of anonymity, and Reuters says reporters did not have access to either the recording or transcript.

A Lion Air spokesman said all data and information had been given to investigators and declined to comment further.

The captain was at the controls of Lion Air flight JT610 when the nearly new jet took off from Jakarta, and the first officer was handling the radio, according to a preliminary report issued in November.

However, just two minutes into the flight, the first officer reported a “flight control problem” to air traffic control and said the pilots intended to maintain an altitude of 5,000 feet.

The captain then asked the first officer to check the handbook.

For the next nine minutes, the jet warned pilots it was in a stall and pushed the nose down in response, the report showed.

A stall is when the airflow over a plane’s wings is too weak to generate lift and keep it flying.

The captain fought to climb, but the computer, still incorrectly sensing a stall, continued to push the nose down using the plane’s trim system.

The third source told Reuters: “They didn’t seem to know the trim was moving down. They thought only about airspeed and altitude. That was the only thing they talked about.”

A different crew on the same plane the evening before encountered the same problem but solved it after running through three checklists, according to the preliminary November report.

But they did not pass on all of the information about the problems they encountered to the next crew, the report noted.

Two of the sources explained to Reuters that on the same aircraft the evening before the crash, a captain at Lion Air’s full-service sister carrier, Batik Air, was riding along in the cockpit and solved the similar flight control issues.

The extra pilot, hitching a ride in the plane, saved the flight from disaster by telling crew how to disable a malfunctioning flight-control system, Bloomberg reported.

The three sources told Reuters that the pilots of the doomed JT610 remained calm for most of the flight.

The black box recording showed that, near the end, the captain asked the first officer to fly while he checked the manual for a solution.

The preliminary report did not include data from the cockpit voice recorder, as it was not recovered from the ocean floor until January.

Sources said that about one minute before the plane disappeared from radar, the captain asked air traffic control to clear other traffic below 3,000 feet and requested an altitude of “five thou”, or 5,000 feet, which was approved, the preliminary report said.

As the captain tried in vain to find the right procedure in the handbook, the 41-year-old first officer was unable to control the plane, two of the sources said.

The flight data recorder shows the final control column inputs from the first officer were weaker than the ones made earlier by the captain.

It is like a test where there are 100 questions and when the time is up you have only answered 75. So you panic. It is a time-out condition.

The third source said: “It is like a test where there are 100 questions and when the time is up you have only answered 75. So you panic. It is a time-out condition.”

The Indian-born captain was silent at the end, all three sources said, while the Indonesian first officer said “Allahu Akbar”, or “God is greatest”, a common Arabic phrase in the majority-Muslim country that can be used to express excitement, shock, praise or distress.

The plane then hit the water, killing all 189 people on board.

Boeing Co declined to comment today on the black box information, because the investigation is still being carried out.

The manufacturer has said there is a documented procedure to handle the situation.

Since the Lion Air crash, Boeing has been pursuing a software upgrade to change how much authority is given to the Manoeuvring Characteristics Augmentation System, or MCAS, a new anti-stall system developed for the 737 MAX.

The cause of the Lion Air crash has not been determined, but the preliminary report mentioned the Boeing system, a faulty, recently replaced sensor and the airline’s maintenance and training.

Soerjanto Tjahjono, head of Indonesian investigation agency KNKT, said last week the report could be released in July or August as authorities attempted to speed up the inquiry in the wake of the Ethiopian crash.

On Wednesday, he declined to comment on the cockpit voice recorder contents, saying they had not been made public.

More than 300 Boeing 737 MAX-8 and MAX-9 passenger jets have been taken out of service worldwide following the two fatal crashes over the past five months.

Boeing said in a statement that it continues to have "full confidence" in the plane's safety, but that it was recommending temporarily suspending operations of the entire global fleet of the 737 Max aircraft, totalling 371 planes. 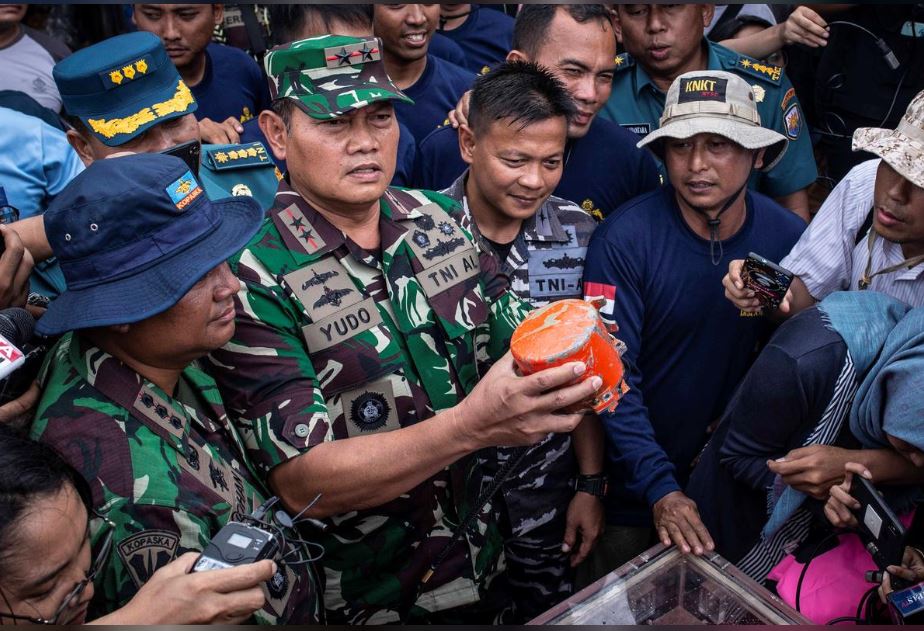 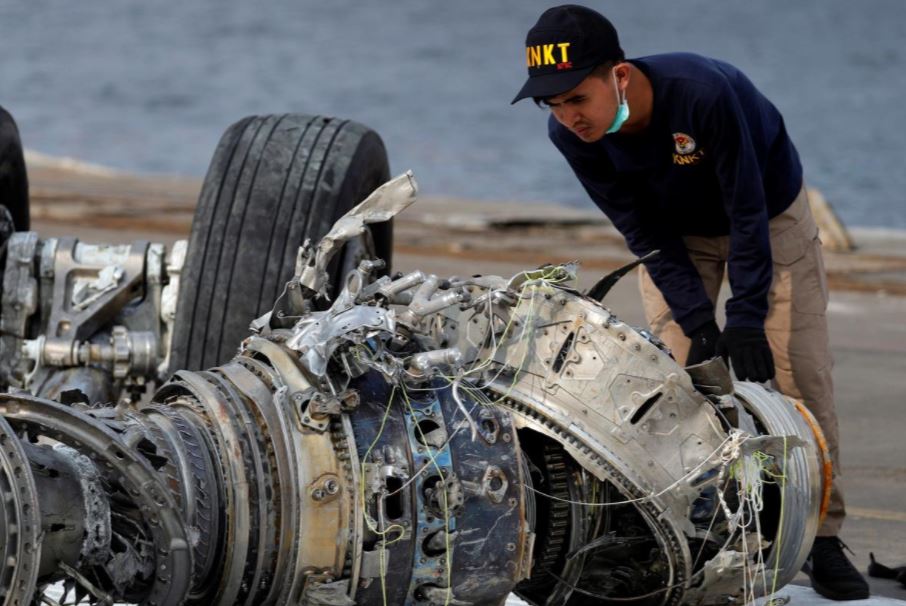 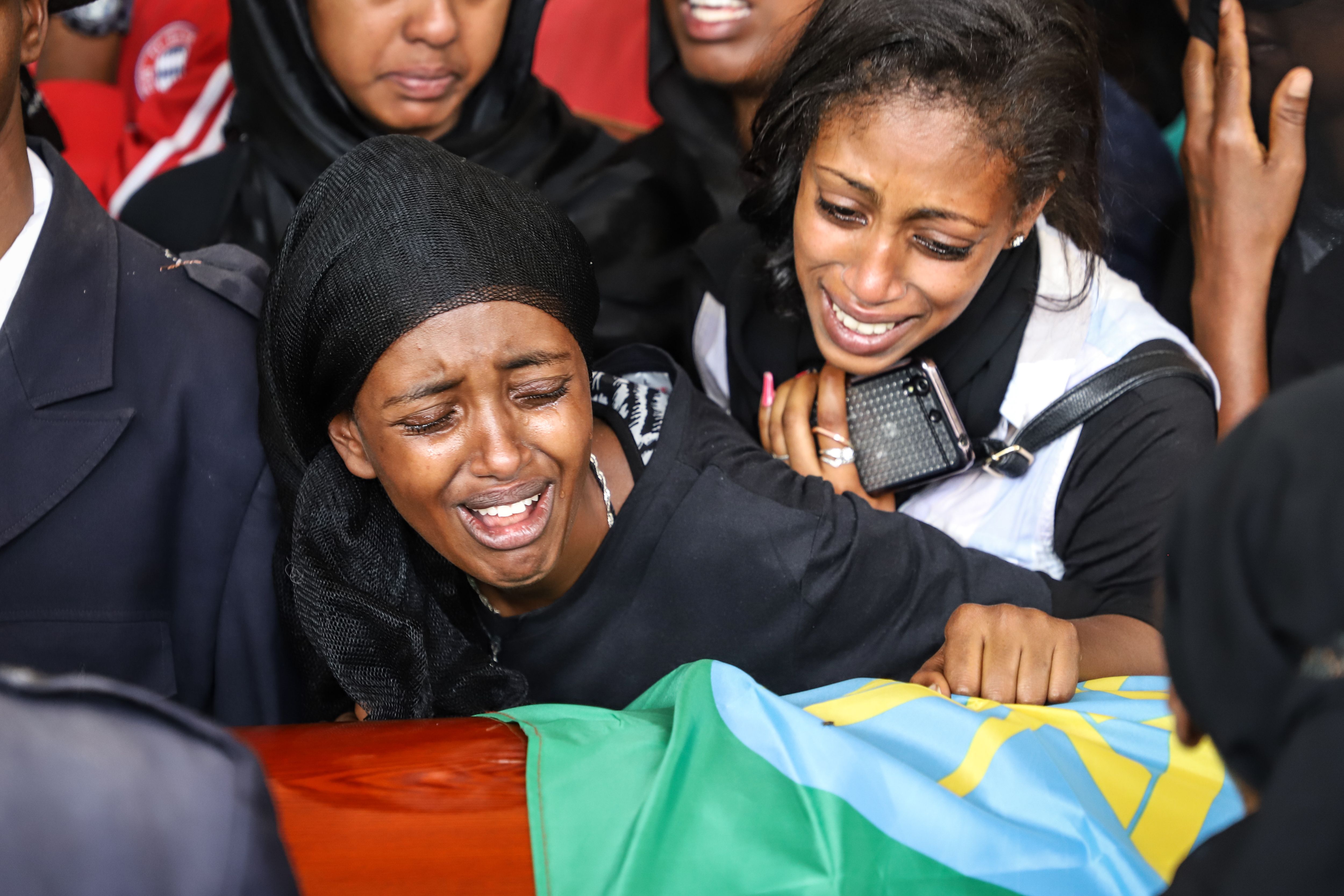 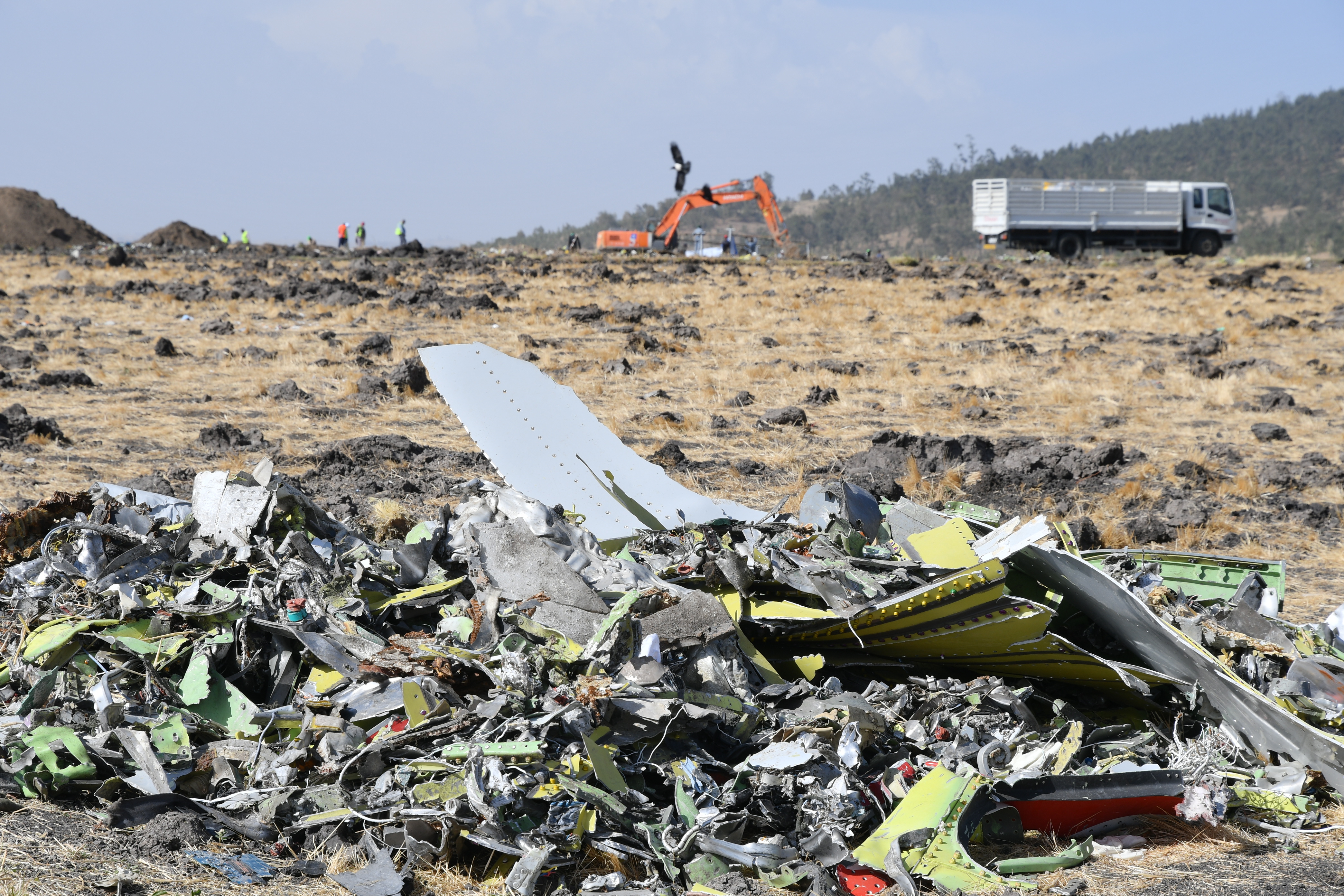 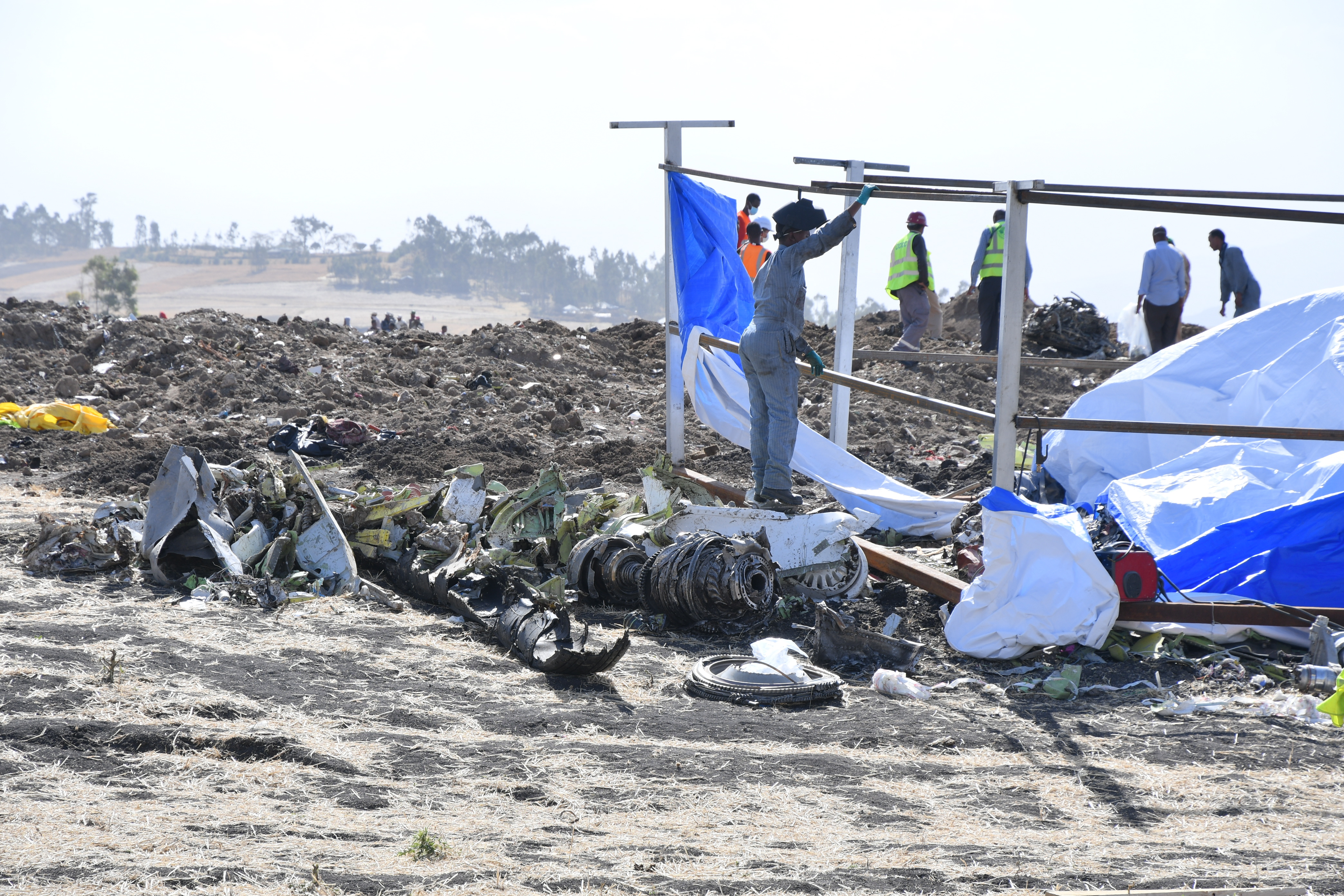 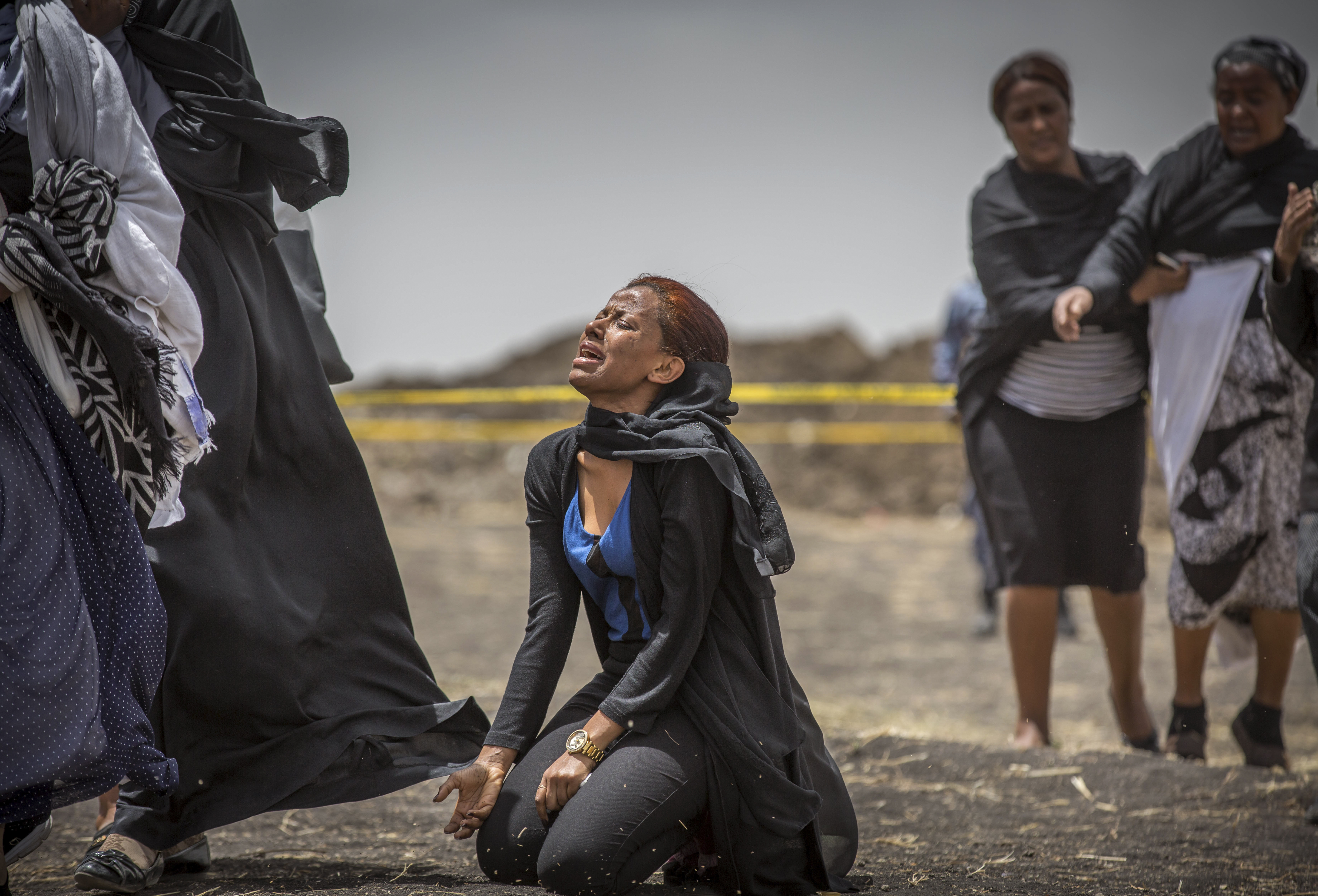 Some N.B. retailers lead elimination of plastic bags amid calls for provincial ban