AN ELDERLY driver somehow flipped her car onto its side while trying to park outside Sainsbury's baffling rescue workers.

Concerned shoppers rushed over to help the driver from her beige Vauxhall Corsa in the Sainsbury's in Ferndown, Dorset. 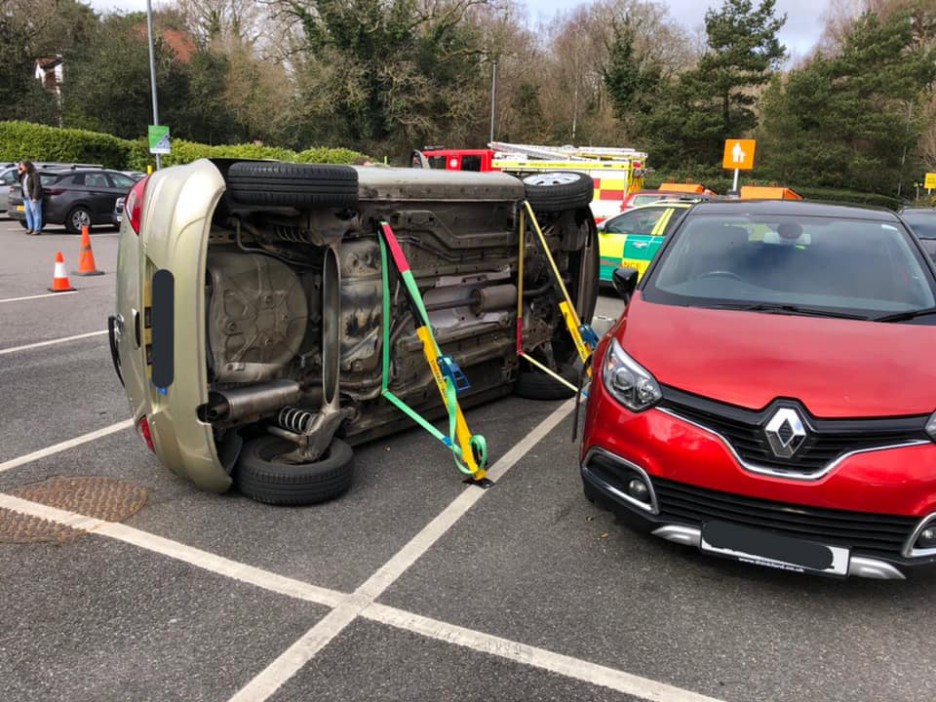 The car landed on its side but within the parking bay.

Fire crews had to rescue the driver trapped inside and an ambulance was on site.

Rescue workers were left scratching their heads over how the driver had managed to end up with the car on its side.

The driver had minor injuries.

Ferndown Fire Station tweeted out yesterday afternoon: "This morning we attended a car that had overturned in Sainsburys car park.

"After stabilising the vehicle we were able to assist the driver who only had minor injuries and extricated herself via the hatchback."

One Twitter user joked about her "parallel parking" and others questioned how she got the car into that position.

A Sainsbury’s spokesperson confirmed: "Emergency services attended an incident at our Ferndown store yesterday and thankfully no-one was hurt." 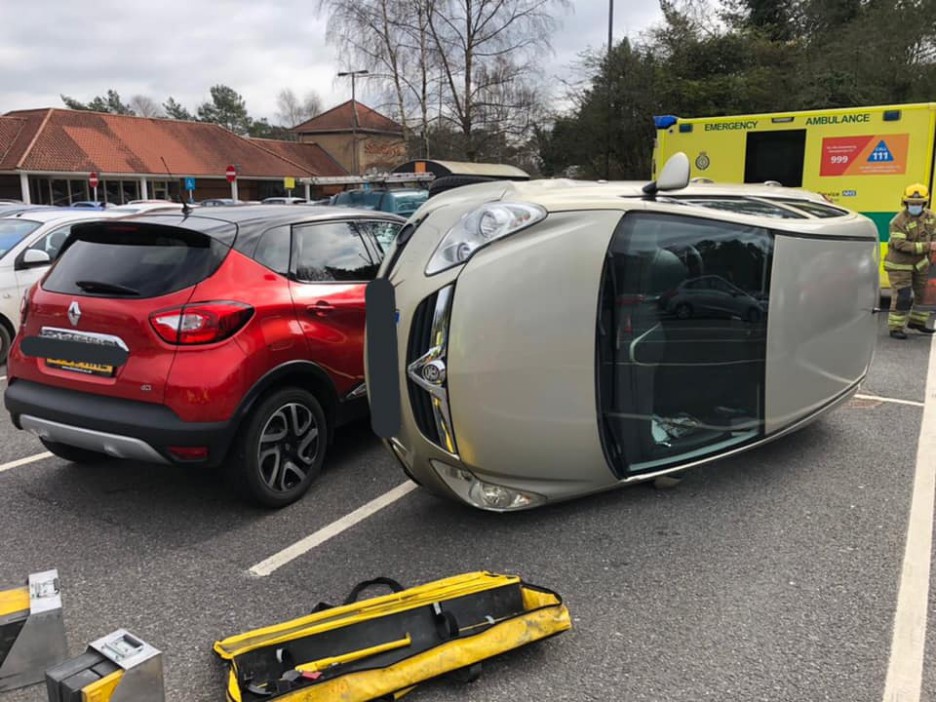