A PETROL head was forced to watch as his prized shiny gold Seat Leon went up in flames beside a busy road.

Karzan Mamandy, 31, was driving through Salford when he caught a whiff of burning from inside the car. 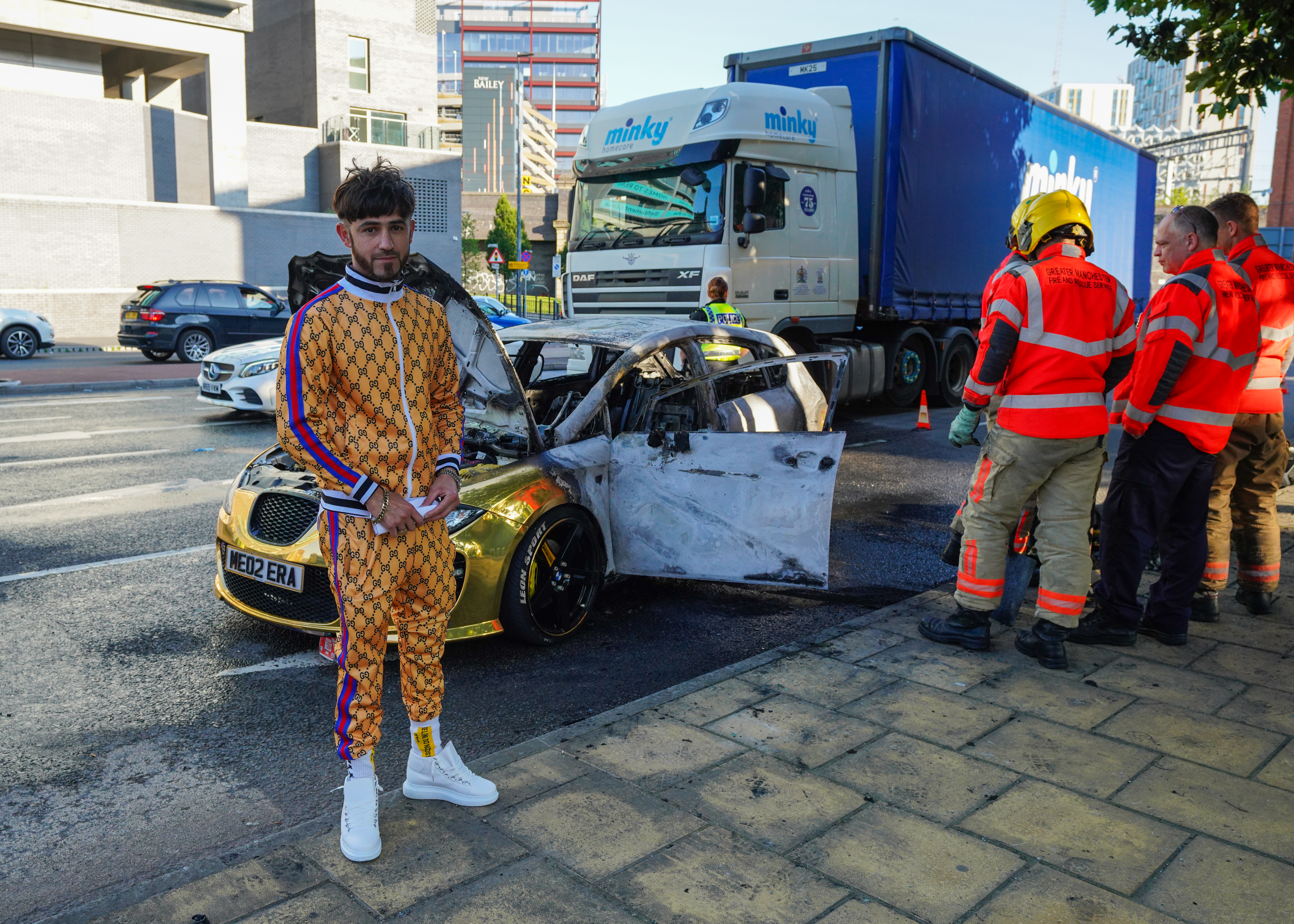 In a state of panic, he pulled over by one of the city's busiest junctions and checked the bonnet but it all seemed to be in working order.

He then walked around to the back of his pride and joy to inspect the boot of the car and was horrified to see it was engulfed in flames.

In an effort to protect other cars from the fire he closed the boot – which only caused the fire to spiral out of control.

Firefighters raced to Trinity Way, near the junction with Chapel
Street, to get the blaze under control on Thursday evening.

Karzan told Manchester Evening News: "I was just coming back from Manchester and I could smell something like a fire.

"I saw some cloud come inside and so I decided to park up here. I checked inside [the bonnet] and didn't see anything, but after I opened the boot I could see the fire.

"Because there were cars behind me, I decided to close the boot, so the fire wouldn't go to somebody else," he added.

Standing beside his beloved motor in a matching gold tracksuit, Karzan watched on as the car's gold paintwork charred to a pale grey.

He had been on his own when the car burst into flames and fortunately suffered no injuries.

He said he had no idea what had caused the blaze.

Firefighters arrived on the scene and pumped water into the car before sweeping away the debris – as police worked to keep traffic moving.

A spokesperson for Greater Manchester Fire and Rescue Service (GMFRS) said: “Just after 5.15pm on Thursday, August 26, firefighters were called to a fire involving a car on Trinity Way, Salford.

“The crew remains in attendance and is working with colleagues from Greater Manchester Police to ensure scene and traffic safety.”

The Sun has Greater Manchester Police was approached for comment. 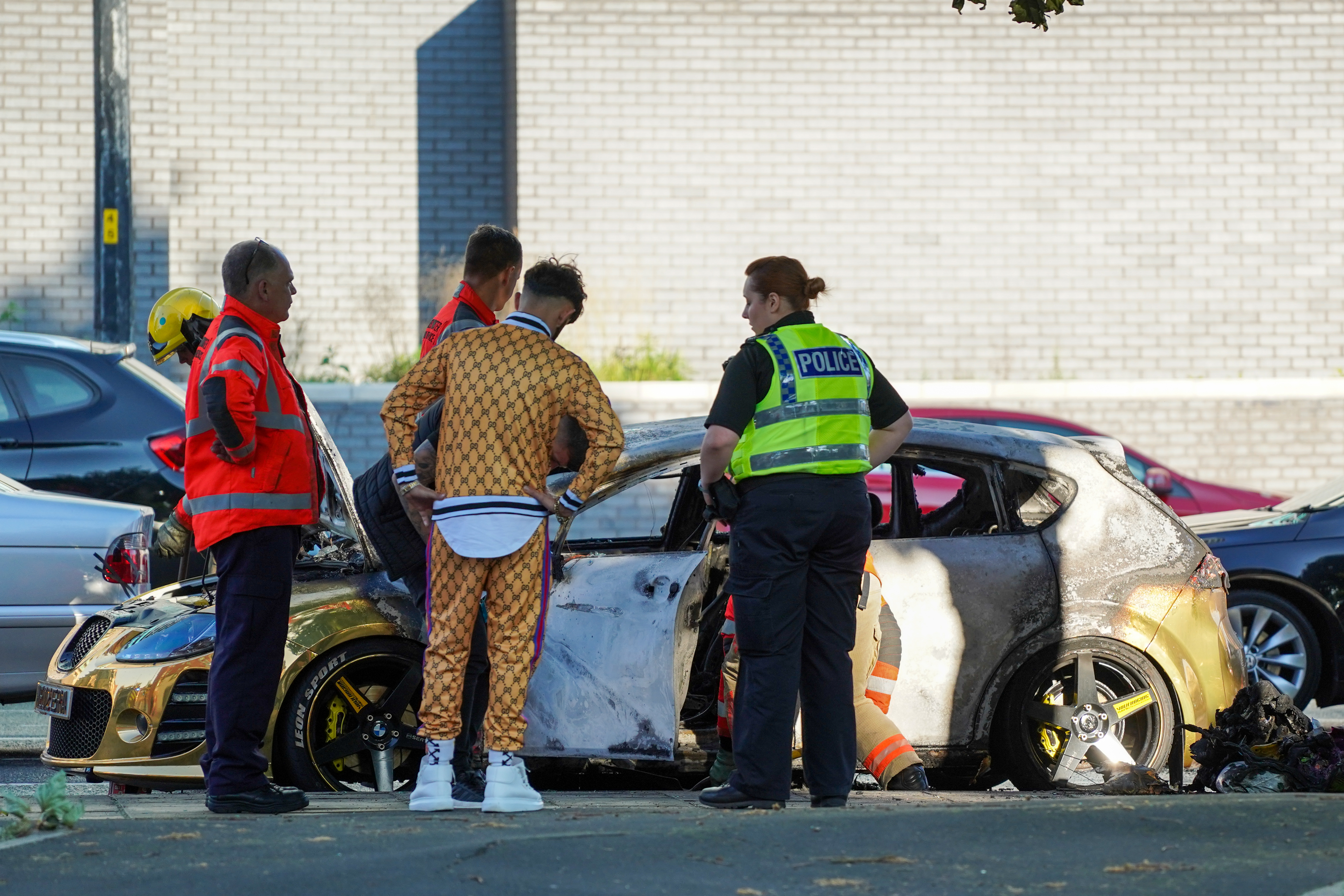 Lyon stabbing: Attacker on the loose in France after knife attack – one dead, six injured