Prince Harry took illegal drugs at 17, begged his father not to re-marry and killed 25 Taliban fighters while serving in the British army, according to his much-anticipated memoir.

The book is filled with lurid and deeply personal disclosures about the royal family that dominated newspaper front pages and the airwaves in Britain on Friday. It was set to be released next week but emerged first in leaked advance copies and then after it mistakenly went on sale early in Spain, despite tight security around its publication.

NBC News has seen and translated extracts of a Spanish language version of Harry’s book, “Spare,” which tells his side of the acrimonious royal split.

The revelations — including the accusation that his brother, Prince William, physically attacked him during a fight in 2019 — will pour fuel onto the fiery internal dispute just four months into the reign of their father, King Charles III.

Royal commentator Daisy McAndrew told NBC’s “TODAY” show that while members of the royal family may look cold and uncaring in Harry’s portrayal, the public’s sympathy for Harry and and his wife, Meghan, Duchess of Sussex, may be waning.

“I do think the public is getting quick sick of this — they will lap it up, they will read it, but this is not helping Harry and Meghan at all,” she said.

Here are some of the most notable parts from the book. 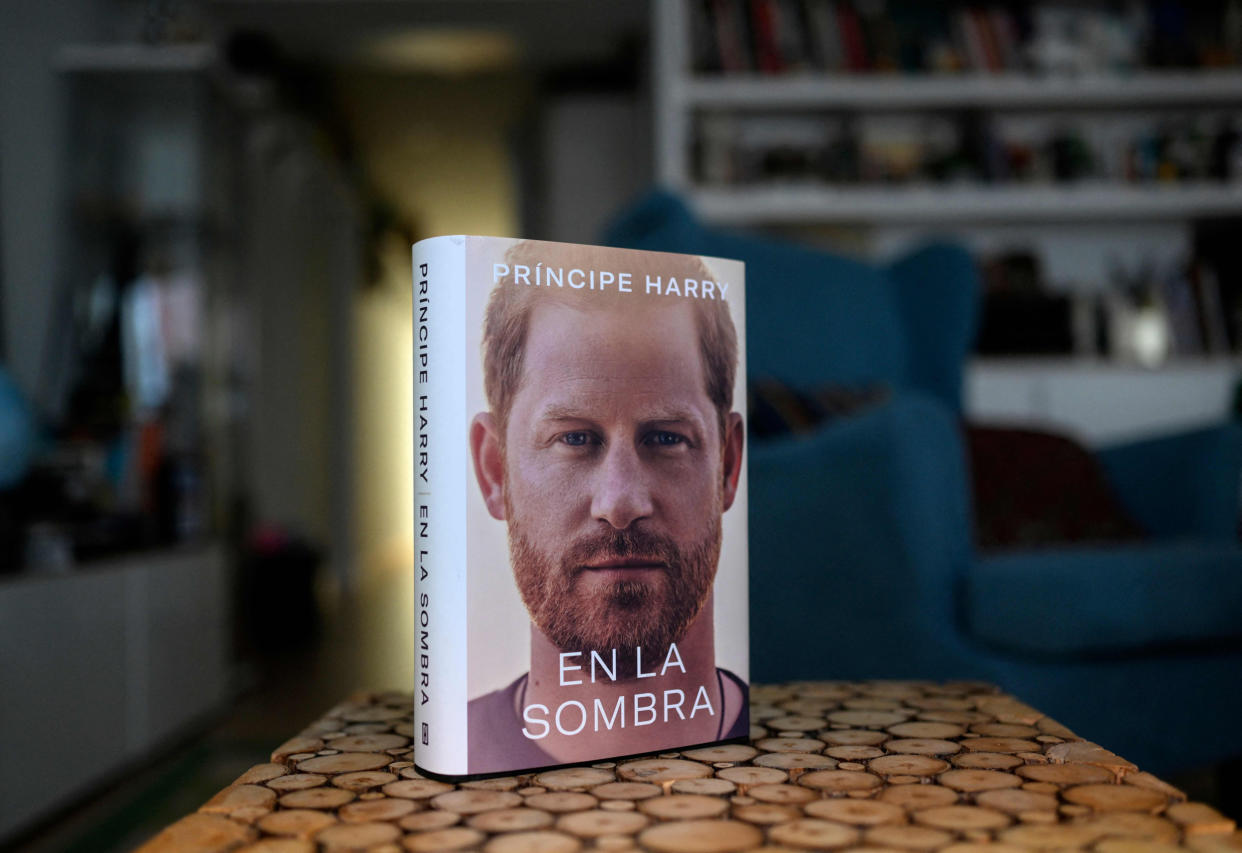 Drug abuse: ‘I didn’t enjoy it’

British tabloids often reported on Harry’s party lifestyle in his younger days, but in ‘Spare’ he admits to taking illegal drugs.

“Of course I had been taking cocaine at that time. At someone’s house, during a hunting weekend, I was offered a line, and since then I had consumed some more,” he writes.

“It wasn’t very fun, and it didn’t make me feel especially happy as seemed to happen to others, but it did make me feel different, and that was my main objective. To feel. To be different.”

Harry goes as far as to say his drug use was an attempt to shake up the royal family. “I was a seventeen-year-old willing to try almost anything that would alter the pre-established order,” he said. “At least, that’s what I was trying to convince myself of.”

Harry writes of the pain of his father marrying Camilla Parker Bowles, after his messy divorce from their mother, Princess Diana.

“In spite of Willy and I begging him not to, my father proceeded with his plan. We shook him by the hand and wished him all the best without hard feelings,” he wrote.

“We recognized that he was going to be with the woman he always loved, the woman that fate had in store for him from the beginning.”

In comments that have already sparked outrage at home and abroad, Harry writes in detail about his tour of Afghanistan, where he piloted Apache helicopters in the southern Helmand province as part of the British Army Air Corps.

He killed 25 enemy personnel, he writes. “It was not something that filled me with satisfaction, but I was not ashamed either,” he says in the book.

“Most soldiers don’t know exactly how many kills they have to their credit. Under battle conditions, you often fire indiscriminately. However, in the age of Apaches and laptops, everything I did in the course of two tours of duty was recorded and time-stamped,” Harry writes.

His openness detailing his military experience drew criticism from some in the British media, while others — including senior Taliban leaders — also criticized Harry’s reported description of the fighters he killed as “chess pieces removed from the board.”

A section that has led headlines around the world centers on a meeting between the brothers at Harry and Meghan’s former home on the grounds of Kensington Palace in London, in 2019.

There, Harry writes, William had complained about Meghan and called her “difficult,” “rude” and “abrasive.”

The confrontation then escalated, the book recounts, with William eventually grabbing Harry by the collar and ripping his necklace before knocking him to the floor.

“I landed on the dog’s bowl, which cracked under my back, the pieces cutting into me. I lay there for a moment, dazed,” Harry writes. Harry says he then told his brother to leave, which he did after initially urging Harry to hit him back.

William later returned and apologized, Harry writes in the explosive section that was first reported by The Guardian newspaper, though William suggested Harry not tell Meghan about the alleged altercation, according to news outlets.

“‘You mean that you attacked me?’ Harry writes that he responded, according to the news outlets. “‘I didn’t attack you, Harold,’” he reportedly recounts William calling back.

Harry also refers to his brother in the book as his “arch-nemesis,” according to a clip from a pre-recorded interview he did with ABC’s “Good Morning America.”

Harry writes that William’s wife, Kate, now Princess of Wales, demanded an apology after Meghan suggested she had forgotten something because she was suffering from “baby brain.”

The disagreement came at a planned reconciliatory tea at Kensington Palace in June 2018, Harry writes. But despite the peacemaking plan, sparks flew when the discussion turned to post-pregnancy hormones, he adds.

According to Harry, Meghan recalled the conversation but was perplexed at Kate’s reaction. He goes on to suggest that William then pointed at Meghan and said her “rude” comment was not the way things were done in Britain.

Meghan then apparently told William to “take your finger out of my face.”

A picture of Harry dressed as a Nazi officer at a party caused outrage when it appeared on the front page of The Sun newspaper in 2005, when he was 20.

In the couple’s recent six-episode Netflix documentary series, Harry described the incident as “one of the biggest mistakes of my life.

“I felt so ashamed afterwards. All I wanted to do was make it right,” he says in the third episode.

But in “Spare,” Harry alleges that he was encouraged by both William and Kate to wear the outfit.

Harry writes that he visited a costume shop and found several options for the party, before calling William and Kate for advice. He said they immediately suggested the Nazi uniform.

Harry writes of the earth-shattering moment he learned in 1997, then just 12, that his mother had been injured and was about to die.

Charles made him sit him down on the bed to break the news of the car accident, he recalls, calling him “my dear son” as he told how Diana had sustained head injuries that didn’t look likely to improve.

Harry writes: “What I do remember with stunning clarity is that I did not cry. Not a tear. My father did not hug me.”

The death preyed on Harry’s mind well into adulthood: he writes of asking his driver to take him through the Paris underpass in which Diana died.

Harry also describes the time he met a woman with “powers” who said she could feel Diana’s spirit and interpret messages from beyond the grave.

Harry writes that she told him: “Your mother says that you are living the life that she couldn’t live, the life she wanted for you.”

Harry alludes to long-standing rumors that James Hewitt, a former British army officer with whom Diana had a relationship, is his real father.

Harry rejects this theory, pointing out that Diana met Hewitt after he was born. But he adds that Charles has often joked that Harry was not his son.

Harry writes that he met with Charles and William after the funeral of Prince Philip, Queen Elizabeth II’s consort, in 2021. The occasion was a rare reunion of the warring factions of the Windsor clan.

Charles, according to Harry, stood between his two sons and said: “Please, boys, don’t make my final years a misery.”

Dozens of tourists are injured in hotel fire on Majorca

Female teacher, 26, ‘has affair with girl student under nose of fellow teacher husband who then shops her to cops’