Drunk thug, 37, who kicked a six-months-pregnant woman in the stomach so hard she lost her unborn daughter faces jail after admitting GBH

A drunken thug is facing jail after kicking a heavily pregnant woman who lost her unborn baby.

Roger Bygrave kicked Alison Bolton in the stomach during a Valentine’s Day assault in Devon after downing 10 pints of cider.

Yesterday he accepted causing grievous bodily harm to Miss Bolton, then 34, who was 28 weeks pregnant.

The day after the attack, she underwent an emergency caesarian section but her baby daughter was stillborn.

Mark Edwards, the landlord of the Market House Inn in Dartmouth, said that she was kicked like it was a ‘rugby penalty’. 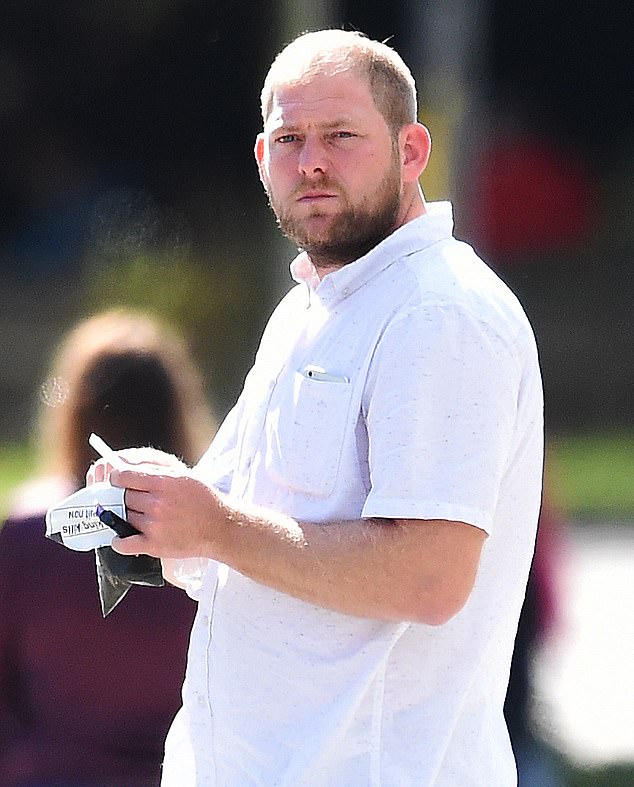 Roger Bygrave, 37, will be sentenced in April after causing grievous bodily harm when he attacked a pregnant woman outside a pub in Dartmouth, Devon on Valentine’s Day, 2020. He is pictured outside the Plymouth Crown and County Courts

Much of it was caught on CCTV inside and outside the pub.

Bygrave, 37, from Dartmouth, south Devon, has now admitted a charge of causing her grievous bodily harm.

He will be sentenced next month and was bailed by Judge Peter Johnson who warned him that bail was ‘no indication of the likely sentence’.

Bygrave had previously been on trial over the incident in September last year at Plymouth Crown Court.

At the time, a jury cleared him of child destruction but failed to agree on a charge of causing grievous bodily harm with intent.

Prosecutor Adrian Chaplin said after talking to the witnesses that the plea was acceptable.

The previous trial at heard that Bygrave went to the pub where Miss Bolton and her sister were drinking. Their mother was working behind the bar.

Bygrave took a glass outside the pub and he was challenged that it should be in a plastic glass.

The court was told he gave the ‘finger’ to staff and walked outside before he was confronted by the landlord and staff.

Miss Bolton also went outside to use her own barmaid experience to calm things down —  but was kicked hard in the stomach and felt immediate pain.

Bygrave, who was argumentative that night, told police that someone came up to him and ‘slapped and punched me in the head’ and he grabbed whoever it was and kicked out.

He said: ‘I have kicked someone coming to me. I just kicked out. Someone jumped on me. It just happened so quick. I lashed out to protect myself.’

Bygrave claimed he was acting in self defence and told police he would not have kicked out if he had known it was a pregnant woman.

The previous jury was told he kicked her in the bottom of the stomach ‘as if he was kicking in a door’.

Prosecutor Adrian Chaplin had told the jury: ‘The prosecution case is that in retaliation he deliberately aimed a sharp kick at her stomach.’

The jury had been told that Miss Bolton was wearing a figure hugging red velvet dress revealing how pregnant she was. 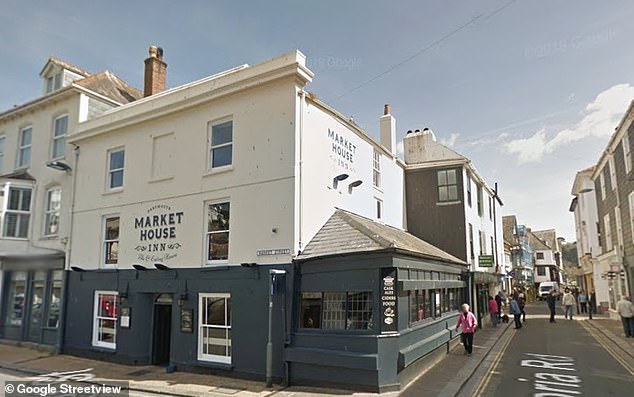 Miss Bolton had been on an evening out with her sister at the Market House Inn in Dartmouth. Her mother was working behind the bar the night that Bygrave attacked her

She said she had been on a ‘date night’ with her sister to remember their late grandfather and she had a few half pints of Guinness along with water during their five-hour evening out.

She said she was a former barmaid herself and was good at defusing arguments and fights.

She told the earlier trial: ‘I just went out there to try and help. It just all exploded very quickly. I don’t really know what happened. Roger kicked out. He kicked me in the stomach.’

Bygrave was arrested by police at his home and cried when he was told the baby had died. He said he was ‘gutted that this happened’.

The court yesterday heard that Miss Bolton has since given birth to a baby which Mr Chaplin said was a ‘happily and safely delivered son’.