Celebrity agent Ralph Carr, the manager of star footballer Dustin Martin, is facing a defamation lawsuit after he tweeted allegations of corruption over the state government's bungled hotel quarantine program.

Henry Pinskier, a former vice-president of the Victorian Labor Party, filed a statement of claim in the Supreme Court last week over online remarks by Mr Carr about the awarding of a contract for medical services by the Andrews government. 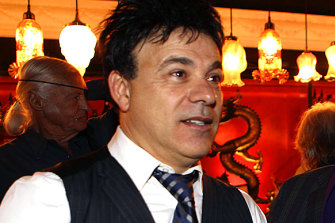 Dr Pinskier is a director of Medi7, a company that provided doctors who gave medical care to international arrivals and oversaw testing as part of the initial hotel quarantine program.

Premier Daniel Andrews has since apologised after breaches in hotel quarantine sparked Victoria's second wave of COVID-19 infections, leading to an inquiry into the botched program.

On September 22, as the inquiry was unfolding, the account @RalphCarrRCM retweeted a comment from another Twitter user, @RohanCT, which, according to the writ, stated: "Watching the Victorian debate in Parliament. So it turns out Henry Pinskier’s company was awarded the hotel quarantine security tender without a formal tender. He is a factional member of the Macnamara ALP branch and his daughter works for Daniel Andrews." 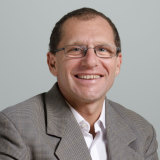 Mr Carr added the comment: "This Pinskier guy also got the face recognition contract in Victoria … Andrews corruption at its best."

In a writ filed by his lawyers, Dr Pinskier claims the tweet defamed him because it could be understood to mean he was "responsible for the COVID-19 outbreak from hotel quarantine in Victoria, and thereby caused the second wave of COVID-19 in Victoria".

The tweet also implied that Dr Pinskier "acted improperly" in obtaining the contract because he "used his influence in the Labor Party and his daughter’s employment with the Premier", according to the writ. 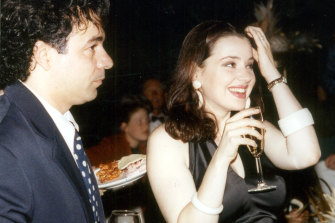 Ralph Carr in 1993 with his former wife, the singer Tina Arena.Credit:Rodger Cummins

The defamatory imputations were published to Mr Carr's Twitter following of 1818 users, according to the writ.

On the same day, Mr Carr also posted about Dr Pinskier's connection to Labor "corruption" on LinkedIn, where he had more than 25,000 connections.

Lawyers acting for Dr Pinskier are seeking aggravated damages from Mr Carr, claiming he did not believe the posts were true or had a "reckless indifference" to the truth.

The writ also claims Mr Carr did not watch the parliamentary debate himself, find out what was said or contact Dr Pinskier for comment. 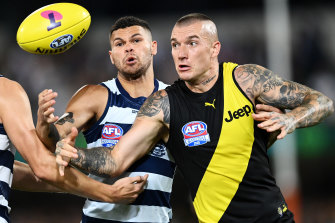 Another LinkedIn post by Mr Carr entitled "Family Ties", which included the hashtags #corruption, #nepotism, and #pinskierfamily, was cited in the writ.

As a result of the posts on Twitter and LinkedIn, the writ claims, Dr Pinskier "has been seriously injured [to] his personal and professional reputation, and has suffered hurt, distress, embarrassment and humiliation, and has thereby suffered and will continue to suffer loss and damage".

Mr Carr's solicitor, Senad Dizdarevic, said his client denied "any wrongdoing whatsoever" and confirmed that "the claim brought against him will be vigorously defended".