The Netherlands was the first country in the world to legalise same-sex marriage 20 years ago. But for the Dutch royal family, the rules were different: The government held that if an heir wanted to marry someone of the same sex, they would have to forfeit their right to the throne.

That position changed on Tuesday when Prime Minister Mark Rutte said that the Dutch princess, 17-year-old Catharina-Amalia Beatrix Carmen Victoria, could marry someone of any gender without fear of relinquishing the crown. 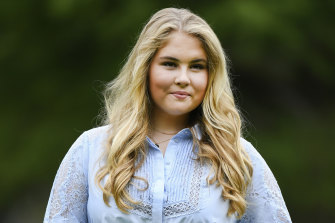 The new stance is a clear break from the traditions of other royal families around the globe, including those that have avoided addressing the issue or disapprove of the practice outright.

In the Netherlands, Parliament must approve royal engagements. But Rutte, a longtime proponent of LGBTQ rights both at home and in Europe, said that times have changed since the issue was last addressed in 2000.

“The cabinet … does not see that an heir to the throne or the King should abdicate if he/she would like to marry a partner of the same sex,” Rutte wrote in a letter to Parliament on Tuesday.

He said that the position applies to all heirs of the throne, not just Princess Amalia, who has not commented publicly. 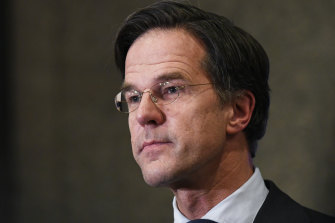 His own party had asked Rutte to clarify the government’s stance after questions were raised about royal succession and same-sex marriage in a book published over the summer.

Little is known about the personal life of the princess, who is next in line for the throne. Previously, some Dutch royals abandoned their place in the line of succession to marry someone without “parliamentary consent”.

The logistics of succession are still “frightfully complicated,” Rutte said.

“Let’s cross that bridge if we come to it,” he told Dutch TV, the BBC reported.

Over the years, in other places, royal heirs have hidden their sexuality. Some were outed without their consent while others took their secret to the grave.

Spanish Duchess Luisa Isabel Alvarez de Toledo married a younger woman on her deathbed in 2008, listing her new spouse on the will and cutting her children out of her inheritance.

In India, Prince Manvendra Singh Gohil, a royal figure in India, came out in 2006, some people burned effigies in his hometown, Rajpipla. His mother tried to disown him, and he received death threats, The New York Times reported.

A third cousin of Queen Elizabeth II became the first openly gay member of the British royal family when he came out in 2016. Lord Ivar Mountbatten, 58, later married his partner in the monarchy’s first same-sex wedding.