Home » World News » Dwayne was fatally shot in the back while running away, inquest hears

Dwayne Johnstone was handcuffed, shackled and running away when he was shot in the back and killed by a Corrections officer outside Lismore Base Hospital.

Deputy State Coroner Teresa O'Sullivan will take submissions on Wednesday on whether the threshold has been met for her to refer the case to the Director of Public Prosecutions. 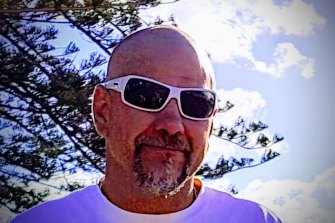 The coronial inquest into the death in custody of Aboriginal man Dwayne Johnstone has commenced at Lismore Court House.

The inquest into Mr Johnstone's 2018 death, which began on Tuesday at Lismore Court House, heard the 43-year-old Aboriginal man had been taken to hospital while on remand after suffering an epileptic seizure in the cells of Lismore Court House, where he'd been denied bail on assault charges.

Counsel Assisting the inquest, Peggy Dwyer, said Mr Johnstone had a history of drug addiction and involvement in the criminal justice system – mostly over property theft, minor assaults and possession or trafficking of drugs. He had twice been convicted of escaping lawful custody.

Because of his history of escape, Ms Dwyer said he was classified E1, meaning "an inmate in those circumstances was to be handcuffed and ankle cuffed and treated as high risk at all times".

Ms Dwyer told the inquest Mr Johnstone, described as "a much-loved partner, son and stepson", had been diagnosed with Attention Deficit Disorder and was sexually abused as a child by the principal of his primary school, and again at the Burnside boys home.

A nurse who treated Mr Johnstone at the hospital described him as "compliant" and "appreciative of hospital care", Ms Dwyer told the court.

But as he was escorted back to the van on March 15, 2018 by two Corrections officers – one of whom was armed with a revolver – he "elbowed" the unarmed officer who had a grip of his pants, throwing him off balance, and started running. The officers cannot be named for legal reasons.

Despite being shackled and handcuffed, Ms Dwyer said the inquest would hear multiple accounts, including from the corrections officers, that Mr Johnstone was moving fast.

The officer carrying a revolver told police in an interview that he called out "stop, stop, or I'll shoot" before firing a warning shot into the bushes, Ms Dwyer said. Mr Johnstone kept running, so he said "f—ing stop" and fired again.

The officer told police he aimed a second shot "in Dwayne's direction but not at him". When he still didn't stop, the officer aimed a third shot "at the centre of mass". The bullet entered the middle of Mr Johnstone's back and went through his aorta, liver, and diaphragm, Ms Dwyer said.

The officer who fired the shots told police he was surprised at how fast Mr Johnstone could run, and didn't think he or the second officer would be able to catch him.

But Ms Dwyer said the second officer told police his partner had told him to "get out of the road", and asked if he thought he could have caught up, he said he "didn't know" and hadn't been given the chance.

Ms Dwyer told the inquest that armed corrections officers carry guns but unlike police, are not equipped with non-lethal weapons, such as Tasers, extendable batons, or capsicum spray.

She said corrections officers may legally discharge firearms in a number of circumstances, including "to prevent the escape of an inmate" – with a number of provisos, including that a warning must be given and there cannot be reasonable grounds to believe the shot could hit another person.

However, she said the use of force must be the "option of last resort" and officers "may use no more force than is reasonably necessary in the circumstances".

Ms O'Sullivan said the question of whether the threshold for the matter to be referred for criminal prosecution had been met "is certainly a live issue".

She adjourned the inquest until Wednesday, when she will hear submissions from the parties before making a decision as to whether to continue or have the matter referred to the DPP.

In a statement, Mr Johnstone's partner Kirsty Pepper said he "will be remembered by those closest to him as being an incredibly loving and fun partner, as well as a caring friend and family member.

"Nothing can ever bring back Dwayne, but there must be justice and accountability for his death. We hope that the coronial process will provide us with some answers and bring some closure to our family," she said.

Parents of girl, 5, with brain injury are fighting to force medics to keep her alive so she can be treated in Italy in echo of Charlie Gard case