An eerie lifelike face of a young girl drowning in the tide in a river has been unsettling people in the Spanish city Bilbao after it appeared unannounced last week.

The figure is a piece from Mexican hyperrealist artist Ruben Orozco and is called Bihar, which means tomorrow in Basque.

It is part of a campaign for the BBK Foundation – the charitable arm of Spanish lender Kutxabank – to encourage debate around sustainability. The aim is for people to be aware that “their actions can sink us or keep us afloat”, the artist told Spanish news website Nius.

The 120kg (265lbs) fibreglass figure is submerged and uncovered each day as the tide rises and falls on the River Nervion.

The BBK Foundation said it is a reflection of what could happen “if we continue to bet on unsustainable models” such as those that contribute to climate change.

People in Bilbao first spotted the installation last Thursday after it was lowered into the river near the city at night.

“At first it gave me a feeling of stress when more of the face was out of the water, but now to me she communicates sadness, a lot of sadness,” said visitor Triana Gil.

“She doesn’t even look worried, it’s as if she is letting herself drown.” 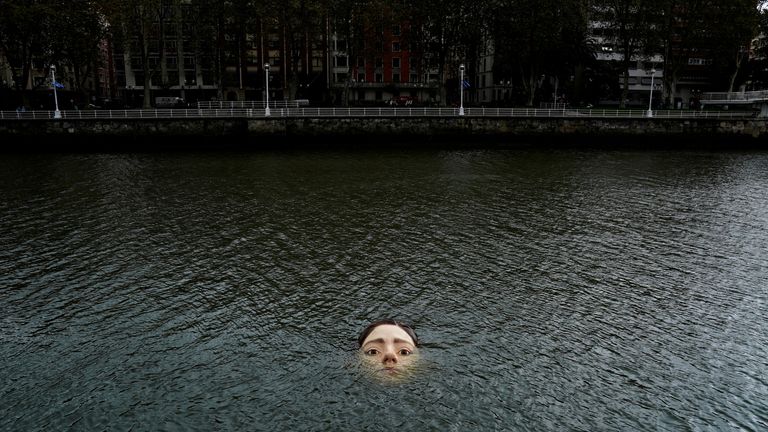 Another onlooker, who gave her name as Maria, initially thought the sculpture was a memorial to a tragic past event.

“I learnt today that’s not what it’s about, but I think people can each give their own meaning to it,” she said. 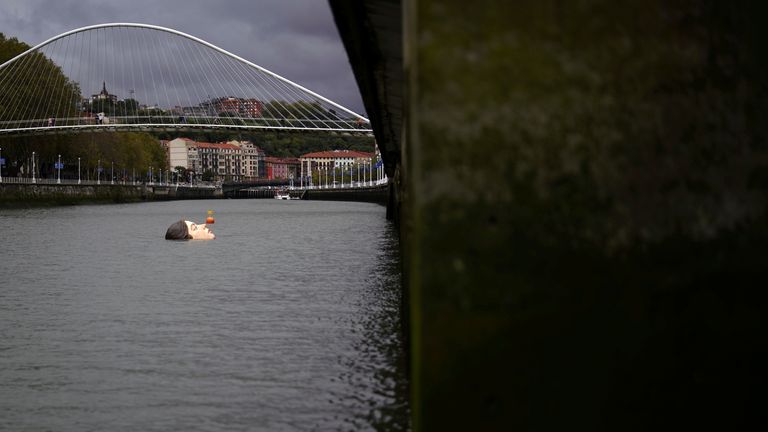 ‘Bihar’ is not the first Orozco work to surprise and move Bilbao.

Two years ago his life-size statue of a lone woman sitting on a park bench, called Invisible Soledad, sparked a debate about the isolated lives of the elderly.

MIKE COLMAN mourns the death of a legend in Shane Warne