El Salvador mother, 28, is jailed for 30 years for ‘homicide’ after suffering a miscarriage

A woman has been jailed for 30 years in El Salvador for ‘aggravated homicide’ after suffering a miscarriage.

The mother-of-one, 28, had an obstetric emergency while pregnant in 2019 and took herself to hospital seeking urgent medical care.

The woman, identified only as Esme, lost her unborn baby during treatment and now the Central American country has imposed its draconian anti-abortion laws on the housewife. 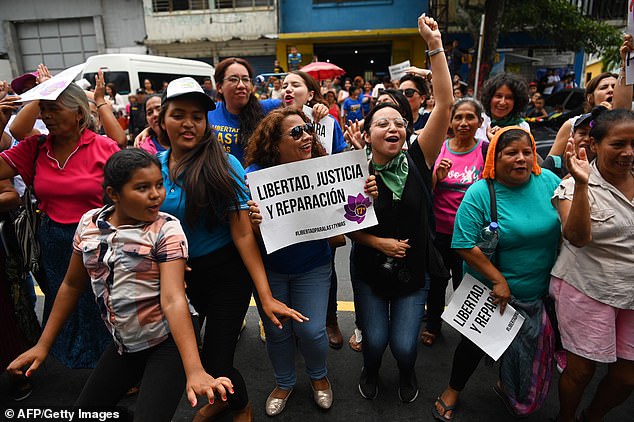 A woman has been jailed for 30 years in El Salvador for ‘aggravated homicide’ after suffering a miscarriage. Pictured: activists outside court after a woman was cleared of murder after giving birth to a stillborn in 2019

Hospital staff often report women who are miscarrying to the police.

She was held in pre-trial detention for two years and on Monday she was sent behind bars for 30 years.

El Salvador has banned abortion under all circumstances, including cases of rape and when the woman’s health is in danger.

The sentencing has prompted fury among pro-choice groups in El Salvador and fuelled dire warnings of similar punishments in the US after the Supreme Court moved to overturn Roe vs Wade.

Morena Herrera, president of the Citizen Group for the Decriminalisation of Abortion in El Salvador, said: ‘(The ruling) is a hard blow for the road to overcome the decriminalisation of obstetric emergencies that, as the Inter-American Court of Human Rights has already pointed out, must be treated as public health problems.’

Esme’s lawyers said in a statement they would appeal against the decision and noted this was the first conviction of its kind under the administration of President Nayib Bukele who has called abortion a ‘great genocide’. 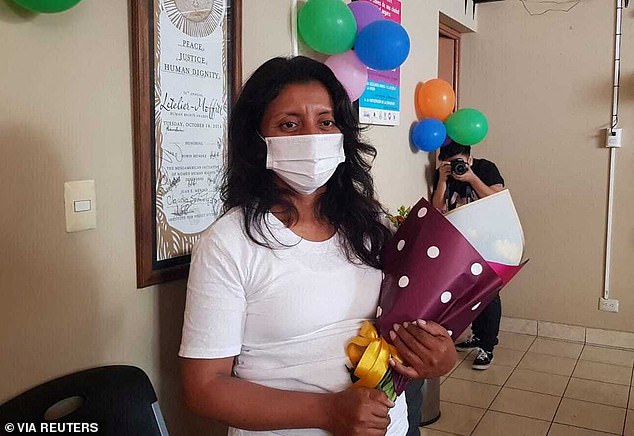 Elsy, 38 (pictured), served 10 years of her 30-year sentence before she was released in February

The abortion ban hits the country’s poor the hardest, who are unable to access adequate medical care to lower the risk of miscarriage or stillbirth.

The Inter-American Court of Human Rights ruled in November that El Salvador had violated the rights of a woman identified as Manuela who was sent to prison for breaching the abortion laws and died while serving her 30-year sentence.

In February, a woman who served a decade behind bars of her 30-year sentence for suffering a miscarriage was released.

Elsy, 38, was working as a domestic worker in 2011 when she had a miscarriage and was immediately arrested and shortly after charged with aggravated homicide.

Last December, as part of a campaign called ‘Free the 17,’ celebrities including America Ferrera, Milla Jovovich and Kathryn Hahn called on Salvadoran President Nayib Bukele to free 17 women who were imprisoned after suffering miscarriages and other obstetric emergencies. 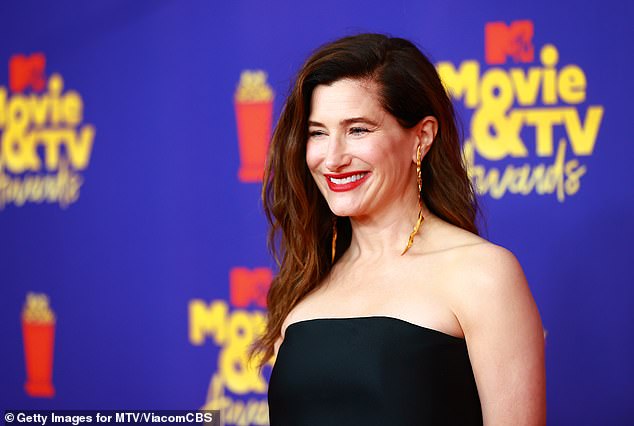 Since the launch of the campaign, five of those women have been freed, including Elsy, said the rights group.

She told The Guardian: ‘Esme’s sentencing is a devastating step backward for the progress that has been made in the unlawful decriminalisation of women suffering obstetric emergencies in El Salvador.

‘We have seen repeatedly throughout Latin America that when abortion is criminalised, women are made to prove that any one of the wide range of obstetric emergencies they experience were in fact emergencies. When they can’t or don’t have the resources to do so or are simply not believed, they face imprisonment.

‘Everyone in the US should have their eyes on El Salvador right now to understand exactly what a future without Roe entails.’