A CAUTIOUS Boris Johnson is today preparing for a "tough" campaign after he was forced into a Brexit delay and still faces a huge threat from Nigel Farage.

Last night the PM warned his MPs not to get complacent and guarantee a win was in the bag, after he finally won backing for a December election. 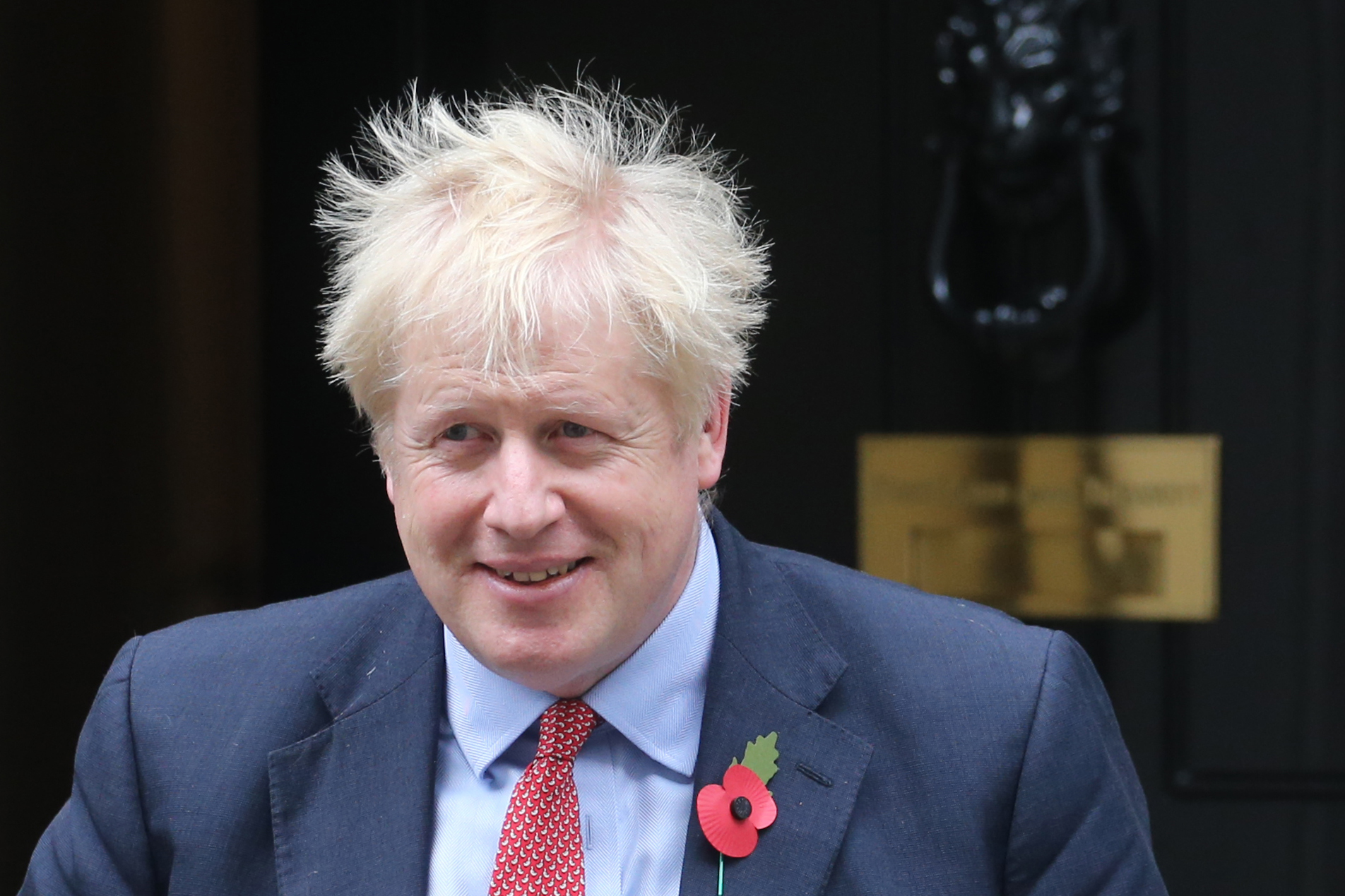 Mr Johnson told a meeting of the 1922 committee that he would fight the election on One Nation policies – not just on Brexit.

Asked if he believes he can secure a majority, he said: "It'll be a tough election and we are going to do the best we can."

He told them he would put his spending pledges on schools, hospitals and police at the centre of the Tory campaign.

Conservative MP Robert Halfon said: "It was a King Henry the V at Agincourt type speech – amazing. He said he was going to take the argument to Corbyn on One Nation policies – spending on schools and hospitals and police – it wasn't just about Brexit."

The PM told reporters outside the meeting: "I think it's time for the country to come together, get Brexit done and go forward."
It comes as:

Boris faces an uphill battle to get the majority he desperately craves so he can push Brexit through by the new year.

The Tories are riding high in the polls, miles about Labour boss Mr Corbyn.

But voters could be on track to punish Boris for failing to deliver Brexit by October 31 as he promised time and time again.

And the threat from Nigel Farage isn't going away any time soon.

The Brexit Party have vowed to fight in every seat in Britain which is certain to split the Tory vote and could cost him vital seats.

The Tories have refused to go into a pact with them to see off the threat.

Mr Farage is set to reveal which seat he will try and stand in in the coming days.

Boris must win nine more seats for the Tories than Theresa May did in 2017 just to get a majority of just one.

And today a think tank gives him a new key voter to aim for if he is to seal it in December’s General Election — and he has been dubbed Workington Man.

The new electoral stereotype has been pinned down by right of centre think tank Onward. Typically he is an older, Brexit-backing, working class man, who lives in a northern rugby league town.

The highest concentration of these key voters live in the Cumbrian coastal town of Workington, hence the name.

Pollsters have also warned that all parties face the most volatile electorate in British history, who could defy all predictions and vote a completely different way.

Ex-Work and Pensions Secretary Amber Rudd has today said she won't be standing at the next election.

“I’m not finished with politics, I’m just not standing at this election,” the former home secretary told the Evening Standard.

It's just over a month after she resigned from Boris Johnson's Cabinet in solidarity with 21 Conservatives who were sacked after they voted for the Benn Act.

“I spoke to the Prime Minister and had a good meeting with him a few days ago,” she revealed. “I’m really confident of my position.

“I will be leaving the House of Commons on perfectly good terms with the Prime Minister and I want him to succeed.”

Worth noting that Amber Rudd has just a small majority of around 300. 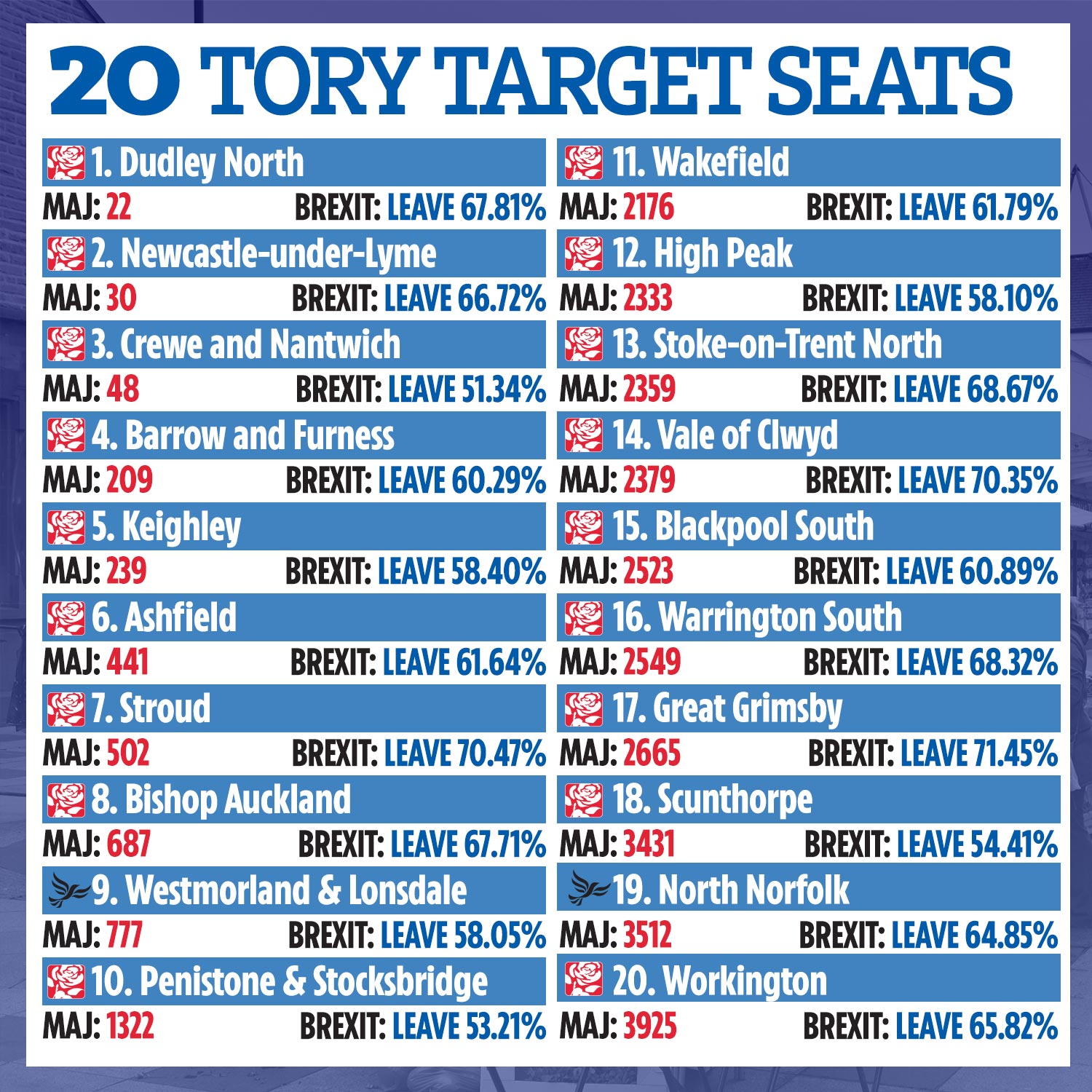 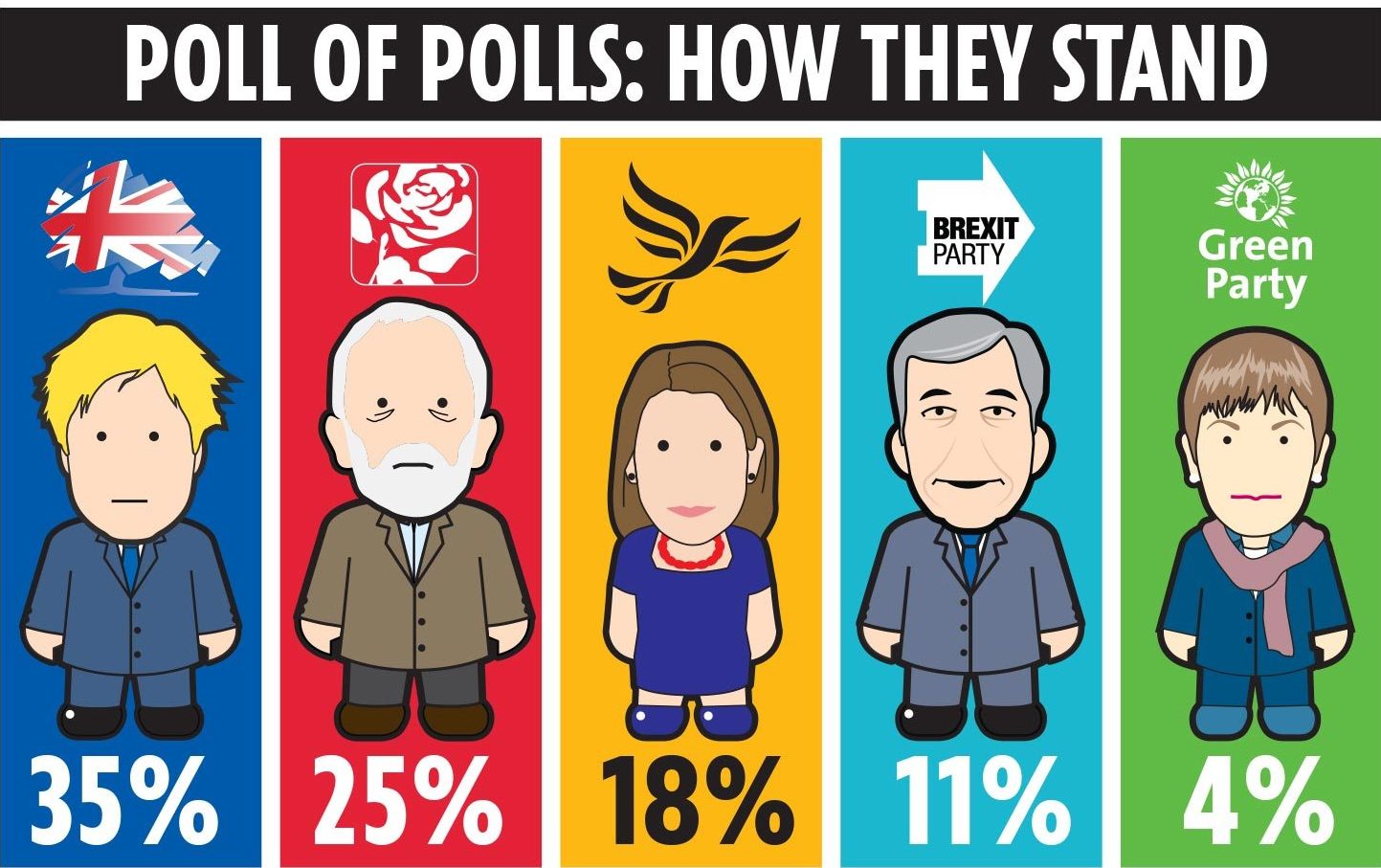 Meanwhile, Mr Corbyn is facing a rebellion from his own MPs over his election call.

Last night the leftie boss suffered huge losses when his own team failed to back his demand for an early vote.

One MP told The Sun: "Corbyn couldn't win second prize in a beauty contest in Monopoly.

"He's about to give the nastiest Tory Government ever a majority and has fallen into the biggest elephant trap since Dumbo.

"Labour members who still think the sun shines out of his arse are about to get s**t on from a great height by voters when they knock their doors and are blinded by reality.

"The only silver lining is him getting more time on the allotment for Christmas.". 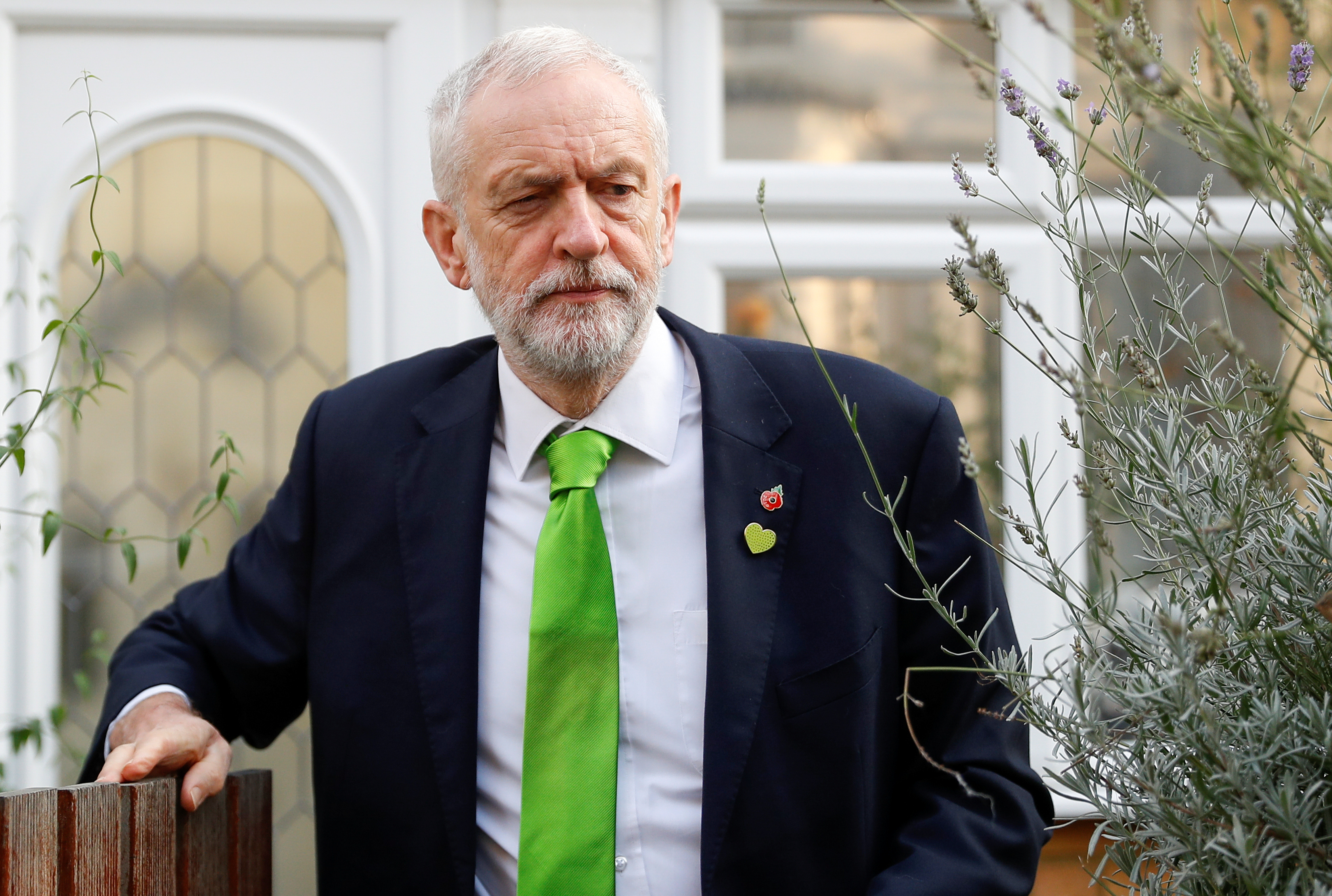 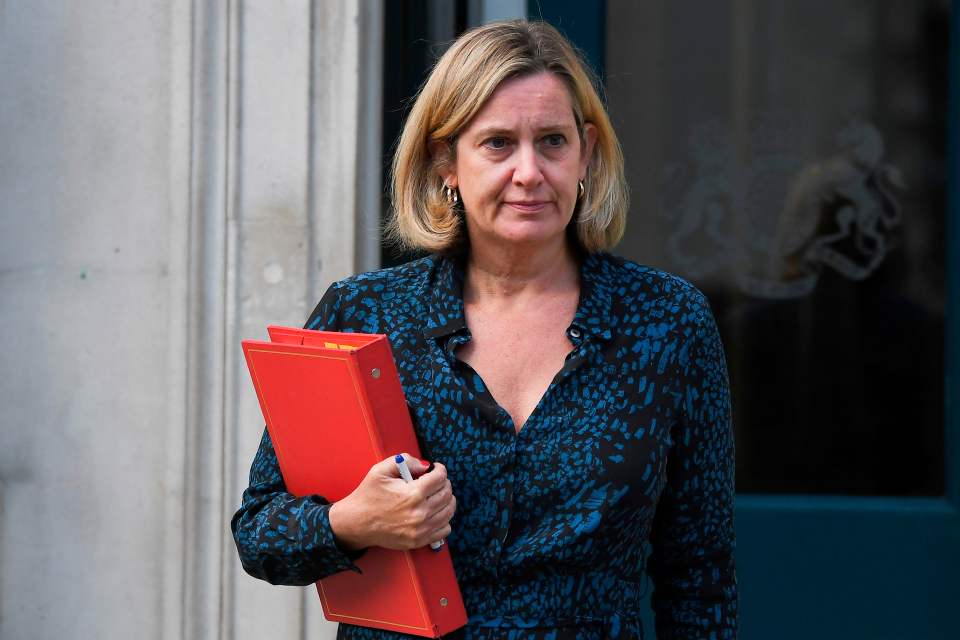