A recent poll has put Ms Le Pen just a handful of points behind incumbent Mr Macron in the crucial second round of voting. Anger at the EU’s failed coronavirus rollout, immigration and terrorism have sparked a surge in the radical right candidate’s popularity.

Victory for Ms Le Pen would be a big blow for Brussels, as Ms Le Pen is fiercely eurosceptic and is vowing to strengthen France’s borders.

The Jean-Jaures Foundation, a French centre-left think tank, warned conservative voters who rejected Ms Le Pen in 2017 may vote for her this time.

Four years ago Mr Macron won the presidency by an impressive 66 percent to 34 percent.

But a new poll has suggested the 2022 contest is likely to be much closer. 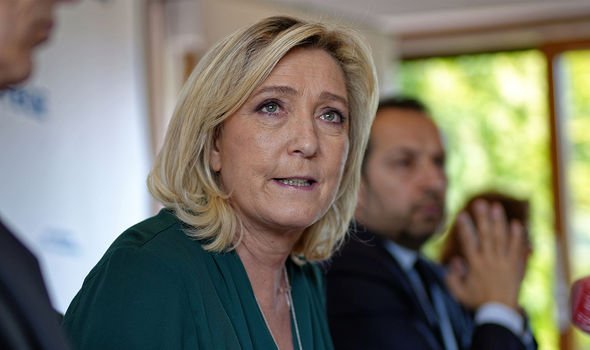 A Harris Interactive poll found Ms Le Pen will still lose to Mr Macron in the second round – but by a much smaller margin of 46 percent to 54 percent.

Half of left-wing French voters said they might not bother voting for Mr Macron to beat his far-right rival.

If conservative voters embrace Ms Le Pen and her National Rally party it would shatter the ‘republican front’ which has previously kept the far-right from power.

French presidential elections have two rounds with just the two most popular candidates going into the second-round run-off. 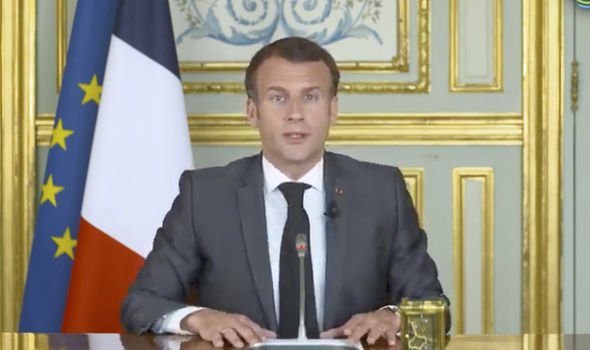 Typically French conservatives, liberals and socialists have united whenever faced by a National Rally candidate.

For example, in 2002 conservative Jacques Chirac beat Jean-Marie Le Pen, Marine’s father, by 82 percent of the vote to 18 percent.

Ms Le Pen has made concerted efforts to reach conservative voters and has moderated many of her party’s positions.

National Rally, renamed from the Front National, no longer advocates France leaving the EU or Eurozone. 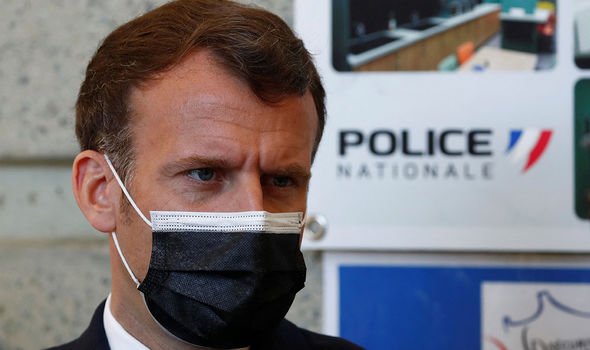 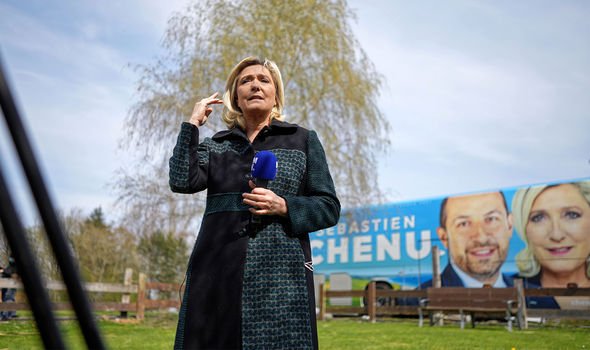 In 2015, Ms Le Pen expelled her own father, who had been repeatedly accused of anti-Semitism, from the party.

There are also fears left-wing voters may abstain in the second round if the choice is between Mr Macron and Ms Le Pen.

Whilst Ms Le Pen has moderated some of her positions having, a trenchant eurosceptic in the Elysee Palace would be a bitter blow for Brussels.

However, she is still pledging to hold a national referendum on immigration if elected.

In January, Ms Le Pen said she would ban Muslim headscarves in all public places if elected.

The far-right leader commented: “I consider that the headscarf is an Islamist item of clothing.”

However, the move was strongly condemned by French anti-racism groups.

According to Jean-Yves Camus, a political scientist at the Jean-Jaures Foundation, the murder of a French school teacher last October by an Islamist extremist helped Ms Le Pen.

He said: “It had a major impact on public opinion.

“In this area, Marine Le Pen has an advantage.

“Her party is well known for its position denouncing Islamism.”

1,403 French residents aged over 18 took part in the Harris Interactive poll between 16 and 19 April.