Home » World News » Escaping the curse of the Maxwells: Meet those who've done just that

Escaping the curse of the Maxwells: How do you lead a normal life if your grandfather is Robert and your aunt is Ghislaine? Meet the mental resilience coach, the art nerd, the sex education co-ordinator and even the policewoman who’ve done just that

The new generation of Maxwells are proving a remarkable testament to people’s ability to defy their genes. Among the many grandchildren of disgraced tycoon Robert Maxwell, who had nine children, is a diplomat who worked in Hillary Clinton’s US State Department and a student who is a schools co-ordinator for a sex education charity. Here, we profile the lives of the seven children of Kevin Maxwell and his wife Pandora, who divorced after a 23-year marriage, and whose family was devastated by the collapse of the Maxwell business empire.

She was only one when Robert Maxwell died in 1991 after falling off his £10 million yacht. Now aged 32, Chloe lived in India after leaving school and focused on mental and physical health issues. She returned to Britain in 2018 when she was pregnant with her son and now works as a resilience coach, helping people deal with stress. She also helps her mother Pandora recycle cashmere snoods, selling items under the name Pandorable.

She has explained her life philosophy, saying: ‘We are sold the illusion that money, titles and work matter more than our health and wellbeing, but who does that serve?

‘In truth there is nothing more important than living life governed by what is most important to us. To know it is authentically our truth and not the beliefs and preferences of others. When we embody self-awareness and are attuned to our needs we can respond to life in a consistently resilient way and it makes us more aware of those around us. Self-awareness is our superpower.’

Followed his aunt Ghislaine to Balliol College, Oxford, where he captained the college football team. He set up a rickshaw taxi firm and founded the first student branch of the ‘Slow Food’ movement. 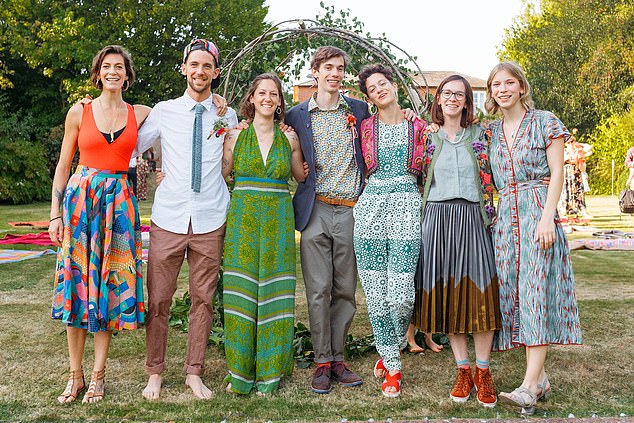 He now works in marketing and lives with his wife, a consultant for the charity that researches Parkinson’s disease, and their three children. Their home is linked to his sister Tilly’s via wooden decking at the rear, which enables them to pop in and out of each other’s houses. On Twitter, he describes himself as a ‘footballer, runner, cook, figuring out gardening and fatherhood’.

The fourth of Kevin Maxwell’s children to go to Oxford University, the 33-year-old describes herself as an ‘art nerd and doting aunt’. After university, she did an MA at New York’s Institute of Fine Arts – her thesis focused on the role of abstraction in the work of a modern US photographer – before doing a PhD in History of Art & Architecture at Brown University. She then took several jobs in the photographic industry in America before moving back to Britain and settling near her siblings in London’s East End. She works as a senior project manager for a design consultancy in Hackney.

While at London’s Queen Mary University, he studied international relations and was vice-president of the rock-climbing society. After graduation, he managed the restaurant The Turl Street Kitchen in Oxford and then moved to Leeds with his wife Marie, where they began a vegan and vegetarian cafe. However, the pandemic forced them to trade online, offering next-day delivery. He’s also a regional manager at an investment company which constructs and develops prime UK property.

The 29-year-old took a job as a teacher, before working for the think-tank Civitas and giving maths lessons to underprivileged children. She then worked as a science intern at the charitable foundation the Wellcome Trust, the Engine Room, which aims to accelerate social change, and the Helix Centre, a healthcare lab set up by London’s Imperial College and The Royal College of Art. She now works for the consultancy Traverse, where she says she involves ‘people and communities in design and decision-making, mainly in health and social care’. 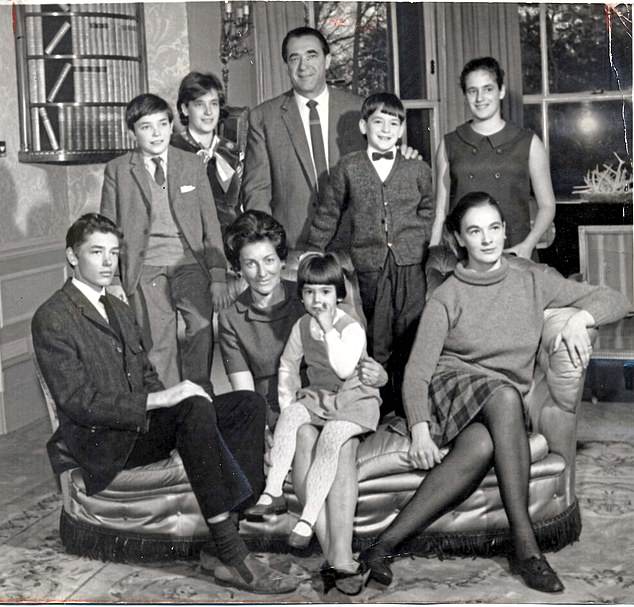 Matilda (known in the family as ‘Tilly’), 37, studied history at the University of Oxford and then spent time travelling around China before becoming a teacher. She is married to barrister Iain Munro, who has advised on one of the largest offshore deals in Chinese history. They have three children and live in one of a pair of adjoining four-bedroom properties in East London, with brother Ted next door.

The youngest of the Kevin-Pandora clan. Now 20, she left sixth-form college in Wales in 2020 and spent the summer helping her mother make face masks. A keen photographer, she is studying neuroscience at Edinburgh University with ambitions for a career in medicine. She also works as the schools co-ordinator for sex education charity Sexpression UK.

The only daughter of Robert Maxwell’s clinical hypnotherapist daughter Anne and her osteopath husband. The 29-year-old lives with her parents in a £3 million house in Highgate, North London. After A-levels at an independent sixth-form college, she studied English literature at York University before joining the Metropolitan Police. As a constable in Tottenham, she spoke warmly about ‘the sheer diversity’ of people she met on the streets. Now a detective constable.

The eldest son of Christine Maxwell. He worked on the Barack Obama-Joe Biden 2008 presidential campaign while studying in Massachusetts for a degree in international relations. The 34-year-old then worked as an assistant in the Office of White House Personnel at the Executive Office of the President, and the Carnegie Endowment for International Peace. He is now a data curator for Google. He was described in 2018 by his father as a ‘Type A personality, engaged in rewarding productive professional pursuits and piloting safely through the chaos of life’.

Christine Maxwell’s second child, now 32, describes himself as a ‘former entrepreneur’ and ‘budding scientist’. Studied science and mathematics at Northwestern University, in Illinois, before launching two start-up firms. By the age of 25, he had been listed in the Forbes 30 under 30 list in the social entre-preneurship category. Now works as a research assistant in the field of molecular biology and genetics at the University of California. Married to a fellow scientist, Ramya, whom he has described as ‘my love and kindred spirit’.

Aged 31, the youngest of Christine Maxwell’s three children is also a scientist with a social conscience. She has worked as a designer, waitress and bartender as well as training to be a doctor. She graduated from Loyola University in Chicago in 2020 after publishing her first article in the AMA Journal Of Bioethics – ‘Consent for Unaccompanied Minors in Immigration Detention; Advocating for Protection from Coercive Practices’ – and spent her intern year setting up a Covid hotline. Now training in emergency medical care, she describes herself on social media as having ‘a passion for refugee care and disaster response. I love backpacking, windsurfing and pretty much anything outdoors’.

The only son of Isabel Maxwell and her first husband, film-maker Dale Djerassi, whose father Carl Djerassi invented the contraceptive pill. The 37-year-old graduated from Princeton University’s School of Public and International Affairs and spent a year helping set up the UK Holocaust Survivor Testimony pilot project. (Robert Maxwell escaped Nazi occupation by fleeing to France as a teenager, but lost his parents, four siblings and most of his extended family in the Holocaust.) Alex worked in the US State Department under Hillary Clinton, overseeing US relations with the Arab world, Israel, and Iran. After he left in 2012, he spent three years studying for a doctorate at Yale Law School, before working at the Carnegie Endowment for International Peace. Now chief policy officer at a civil technology company and describes himself as a ‘diplomat, bureaucrat, political campaigner and entrepreneur’.

Robert and Betty Maxwell’s first-born fell into a coma aged 15 after a car crash and died eight years later – leaving their son Philip as their eldest child. He became a brilliant scientist who moved to Argentina and, in 1977, married an Argentine psychoanalyst. Marcella is their daughter.

The youngest of Robert Maxwell’s grandchildren and the only son of Ian Maxwell and his second wife Tara Dudley Smith. Aged 18.