When Harriet Tubman died on March 10, 1913 at age 91, the storied abolitionist left the world a legacy of freedom, fearlessness and fierce advocacy for Black people, women and all Americans.

She was born Araminta “Minty” Ross in Dorchester County on Maryland’s Eastern Shore circa 1822. Tubman spent nearly three decades in bondage before escaping the inhumanity of slavery. (Watch the short film Harriet Tubman: Soldier of Freedom.)

Known as “Moses,” she repeatedly risked her life as a “conductor” on the Underground Railroad, a network of safe houses. Among those she liberated were her own beloved parents.

During the Civil War, Tubman was a spy, scout, nurse, and cook for the Union Army. She was the first woman to lead an armed military operation, the Combahee River Raid, in South Carolina in 1863, which led to hundreds of enslaved people being freed from neighboring plantations. In February 2021, Tubman was inducted into the U.S. Army Military Intelligence Corps Hall of Fame. 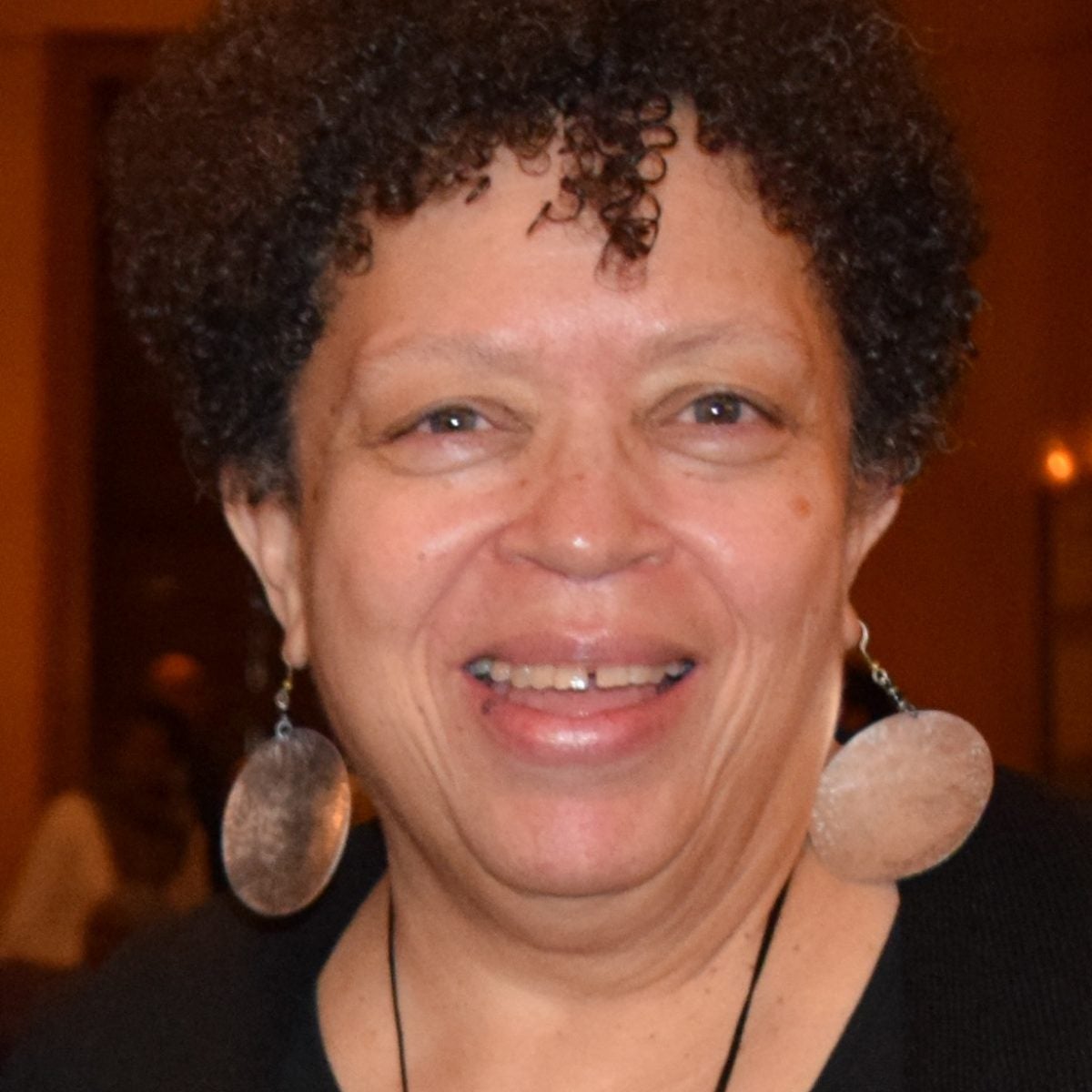 Tubman’s latter years were spent in Auburn, New York, where there is a national historical park named in her honor.

She was a suffragist, established a home for the aged and indigent, and was active in her church. Tubman married for a second time (her husband was a Civil War soldier and 22 years her junior), and adopted a daughter, Gertie.

Wyatt is a mother, grandmother, educator, nurse and artist. She shared family history and insight with ESSENCE.

Tubman was one of nine siblings, but saw three of her four sisters sold away to the deep South. Please explain your familial lineage.

WYATT: My great-great-grandmother, Ann Marie Stewart, was the daughter of Soph, one of Tubman’s sisters who was sold away. We think it was to Georgia.

You grew up in Buffalo, New York, but would visit Tubman’s home in Auburn. She owned a seven-acre farm and her gravesite is nearby.

Besides doing laundry, historians say Tubman ran businesses such as a restaurant during the Civil War. She taught other women entrepreneurial skills, too. That seems to dovetail with renewed talk of her image on the $20 bill. What are your thoughts?

WYATT: The impact of having Harriet Tubman on the $20 bill would be recognizing a need and sending a message of healing.

In comparison to those already on the money, she earned the right to be there. We have to remember when this country was formed it was done so within a racially [segregated] male-dominated society.  Women were not allowed any titled or lead roles or consideration; Black women were not even thought of.

I feel her image on the money is an honor, however I am aware some do not feel the same because currency was used to buy and sell our people. I do understand and respect their opinions.

She is a true American Patriot and chose to help preserve the Union by risking her life and liberty to do it. She continued to serve and help people who were marginalized, disenfranchised, and in need. I would say look at her life and what she accomplished with the span of time from her self-liberation in 1849 until 1913, how she rose up out of it and uplifted others.

How does Tubman’s legacy tie into today’s issues, such as racial animus?

WYATT: Harriet Ross Tubman stood against oppression, discrimination and against the mistreatment of others.  She was a selfless person, thinking of how she could make things better for others.  She showed the world that being Black and a woman was not a negative, but an asset to those smart enough to recognize and take advantage of it to help them to be successful.  She did not wait for someone else to fight for change, but rather she let herself be an instrument for change.

Some of the ways she did this was by liberating those enslaved; working as an activist; supporting organizations or helping to start organizations that fought for the rights and justice of others; and helping to care for the elderly, orphans and the homeless.

She could not read or write, but was a woman of great intellect.  Her ability to lead, analyze and strategize in circumstances were tools driven by faith and love for mankind, making her determined to fight against injustice and oppression.

You said previously that she left a legacy of love, faith and friends.

WYATT: Aunt Harriet believed in God and in His message of love, that all are worthy of it because we were created with that love. She also had the help of friends in her travels and nurtured those [relationships] with love. What is needed today? Love.

There’s been an Oscar-winning film about Tubman, and there are efforts to bring a statue of Tubman to Capitol Hill. What can people of all ages learn from her today?

WYATT: It is not a coincidence that Aunt Harriet has come to life for the world at this time; a world in such turmoil and needing to experience a woman such as herself.

Above all she was a woman of God practically applying her faith that developed from allowing herself to talk with God, developing that relationship one on one.  If we are to move forward with success, we must look at what was behind us and learn from it, examine the measures and attitudes taken to move through it, always keeping our eyes on the prize ahead.

Trump pulls 12,000 troops out of Germany and calls Merkel 'delinquent'