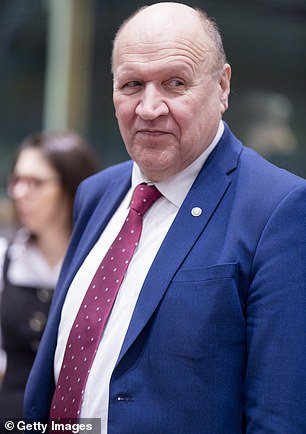 Estonia’s Interior Minister Mart Helme is seen during a press conference in Tallinn in April this year. Helme ridiculed Finland’s new Prime Minister Sanna Marin on Sunday, calling her a ‘sales girl’ and questioning whether she could run the Nordic country

Estonia apologised to Finland on Monday after Estonia’s interior minister mocked Finland’s new prime minister — the world’s youngest-serving government leader — as ‘a sales girl’ and questioned her ability to run the Nordic country.

Mart Helme, 70, Estonian interior minister and leader of the populist far-right party Ekre, on Sunday ridiculed Finnish Prime Minister Sanna Marin, 34, and her government, in which four out of five coalition leaders are women under 35.

‘Now we see how one sales girl has become a prime minister and how some other street activists and non-educated people have also joined the cabinet,’ Helme said on his party’s radio talk show.

His comments prompted the opposition to call for his resignation, while Estonian President Kersti Kaljulaid asked Finland’s President Sauli Niinisto to pass on her apologies to Marin and her government.

Social Democrat Marin, who has spoken about growing up in a disadvantaged family, worked as a cashier before studying at university and embarking on a political career.

‘I’m extremely proud of Finland. Here a poor family’s child can educate themselves and achieve their goals in life. A cashier can become even a prime minister,’ Marin wrote on Twitter. 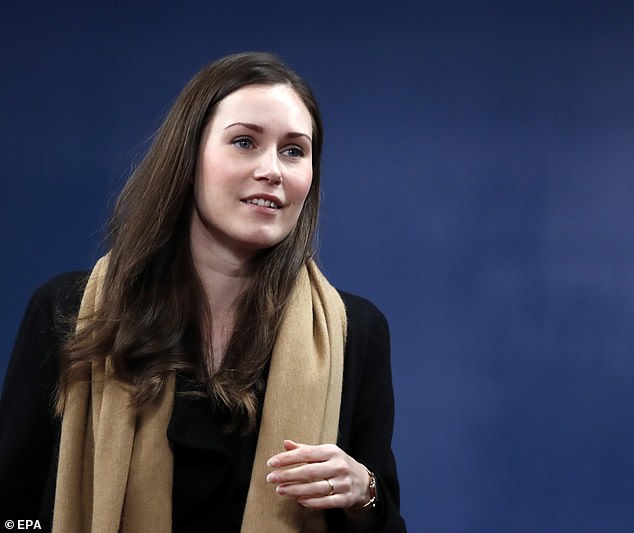 Finnish PM Sanna Marin, who is the youngest-serving government’s leader, is pictured arriving at the second day of a European Council meeting in Brussels, Belgium last week. In the past, Marin has spoken about growing up in a disadvantaged family and working as a cashier before studying at university 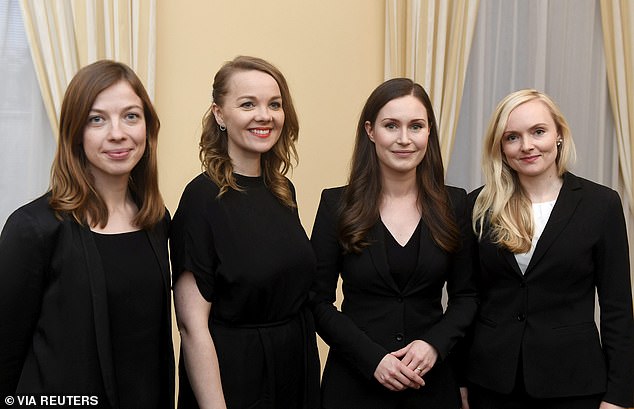 The Finnish cabinet from left to right: Finland’s Education Minister Li Andersson, Sanna Marin, Minister of Finance Katri Kulmuni, Prime Minister Sanna Marin, and Minister of the Interior Maria Ohisalo. The cabinet can be seen posing for a photograph after the first meeting of the new government in Helsinki on 10 December

Ekre was accepted for the first time into a government coalition in April, after Ratas lost parliamentary elections but clinched a deal with Ekre to stay in power.

Estonian opposition leader Kaja Kallas said on Monday the opposition would organise a no-confidence vote in parliament if Helme does not resign after his comments about Finland’s new leaders. Previous such attempts have failed.

‘The interior minister has offended the Finnish government and personally attacked the newly-appointed Finnish prime minister,’ she said in a statement.