GORA-BOKKA, Ethiopia (Reuters) – The Ethiopian Airlines pilot whose jet crashed killing 157 people had reported internal control problems, the firm said on Wednesday, as it prepared to send the black boxes to Europe from a disaster that has rocked the global aviation industry.

The still unexplained crash, which happened just after take-off from Addis Ababa, followed another involving a Boeing 737 MAX in Indonesia five months ago that killed 189 people.

Though there is no proof of any link, the twin calamities have spooked passengers, led to the grounding of most of Boeing’s 737 MAX fleet and hammered shares in the world’s biggest planemaker.

At the rural site where Flight ET 302 came down trailing smoke and sparks near the village of Gora-Bokka, dozens of grief-stricken relatives paid their respects.

Laying bunches of white roses at makeshift shrines on the still-churned soil, they sought to comfort each other, hugging and sinking to their knees.

Only charred fragments of victims remain, meaning it will take weeks to identify all of them using dental or DNA testing.

The passengers came from more than 30 nations.

One elderly couple collapsed into each other’s arms after strewing flowers in front of a picture of a smiling young woman, while a family propped each other up, tears coursing down their faces. Another shrine showed images of a young couple embracing.

Ethiopia Airlines spokesman Asrat Begashaw said it was still unclear what had happened on Sunday, but its pilot had reported control issues – as opposed to external factors such as birds.

A decision about where in Europe to send the black boxes will be taken by Thursday, the airline said.

Since the Indonesia crash, attention has been paid to an automated anti-stall system that dips the aircraft’s nose down.

Multiple nations, including in the European Union, have suspended the 737 MAX, grounding about two-thirds of the 371 jets of that make in operation around the world.

Many airlines were keeping to schedule by using other jets while economic woes meant some may be grateful for a pause. The biggest impact could be on future deliveries given Boeing has nearly 5,000 more 737 MAXs on order.

India said it would not take any deliveries until safety concerns were cleared and Ethiopian Airlines said it would decide whether to cancel orders after a preliminary probe.

Passengers were fretting too, with many seeking reassurances they would not be flying on a 737 MAX. Kayak.com was the first big site to say it would modify filters to allow customers to exclude particular types of planes from queries. 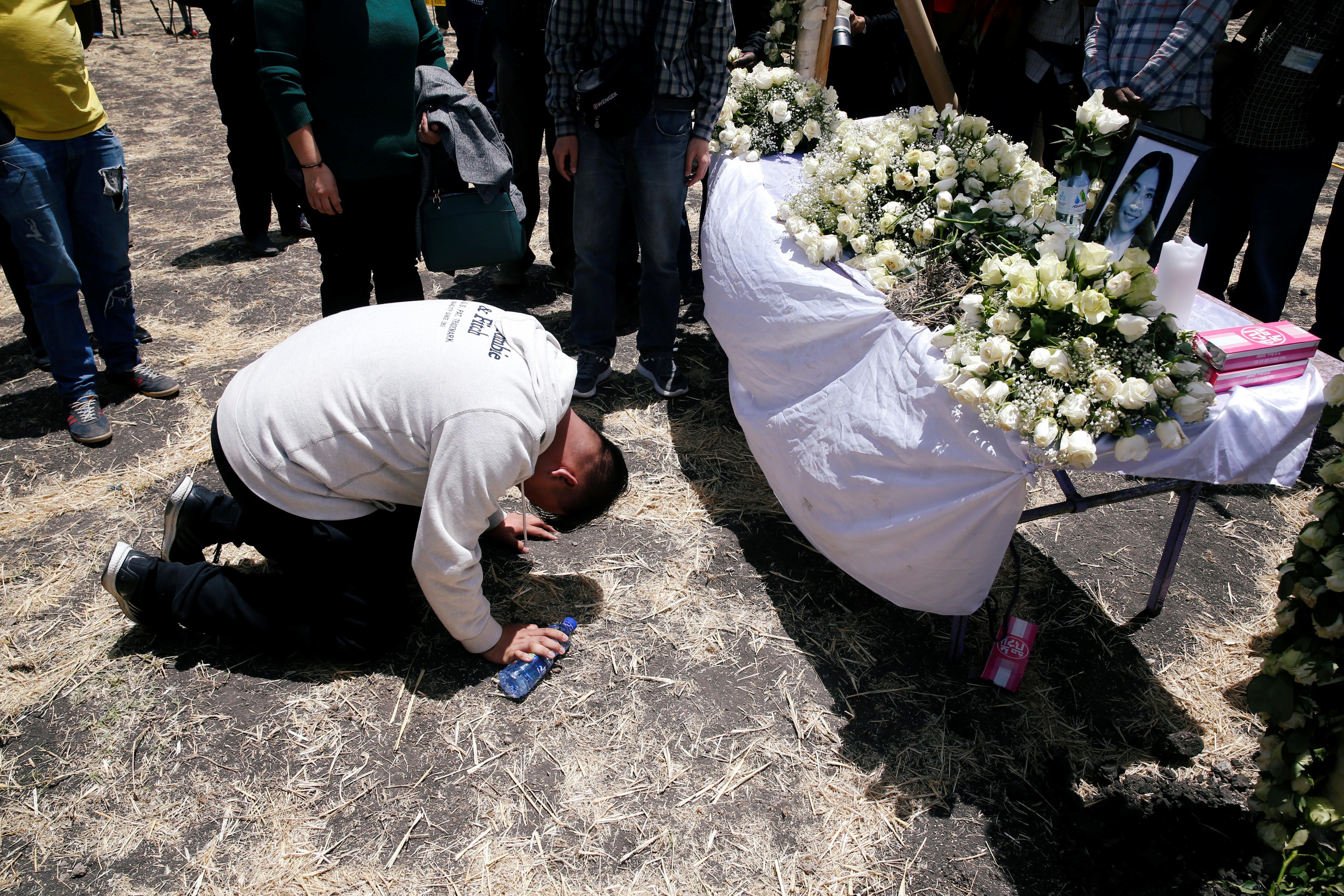 Nevertheless, the United States held out against suspension and Boeing affirmed its “full confidence” in the model.

Democratic Senator Richard Blumenthal suggested on Twitter that an upcoming hearing on the crash would focus on that conversation. “Chief Exec’s personal plea to Trump leaves more questions than answers,” he said.

Boeing shares have fallen about 11 percent since the crash, losing some $26 billion of market value. They were 0.7 percent higher in New York around midday on Wednesday.

Possibly presaging a raft of claims, Norwegian Air said it would seek recompense for lost revenue and extra costs after grounding its 737 MAX aircraft.

“We expect Boeing to take this bill,” it said.

The new variant of the world’s most-sold modern passenger aircraft was viewed as the likely workhorse for airlines for decades. But October’s Lion Air crash in Indonesia sparked a debate on automation, particularly over a software system designed to push the plane down to stop a stall during flight.

The United Arab Emirates’ aviation regulator said on Tuesday there were “marked similarities” between the crashes, and China’s regulator noted both occurred shortly after take-off.

In November, two incidents were reported to the NASA-run Aviation Safety Reporting Database that involved problems in controlling the 737 MAX at low altitude just after take-off with autopilot engaged, according to documents first published by the Dallas Morning News and verified by Reuters. 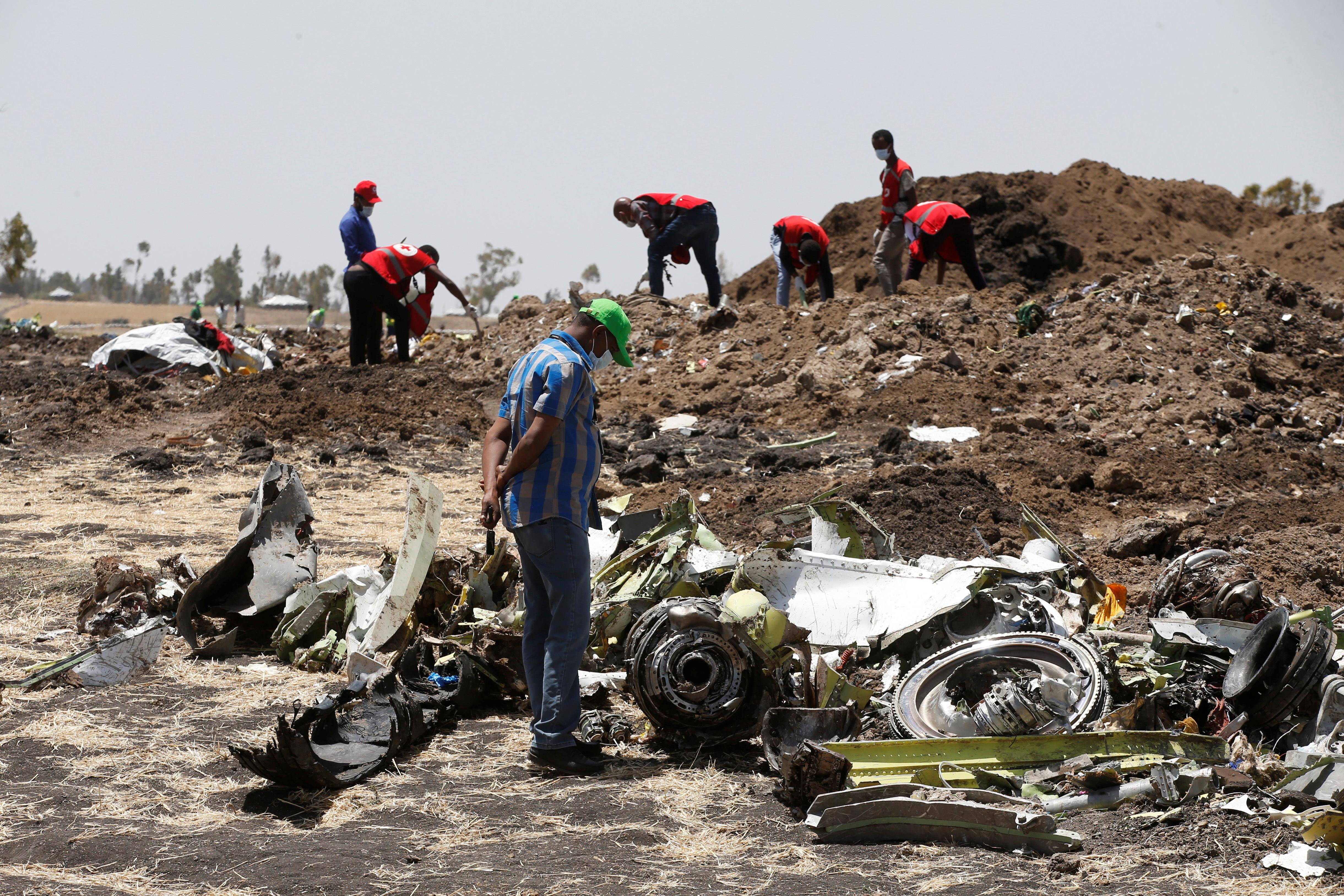 “We discussed the departure at length and I reviewed in my mind our automation setup and flight profile but can’t think of any reason the aircraft would pitch nose down so aggressively,” one pilot said.

In another case, the pilot said: “With the concerns with the MAX 8 nose down stuff, we thought it appropriate to bring it to your attention.”

Boeing has previously said it provided appropriate information to pilots to use an existing procedure to handle the issue of erroneous data affecting the anti-stall system.

Mexican president says illegal immigration to U.S. 'is not up to us'

Denver weather: Cooler with a chance of storms Tuesday