The rift between Italy’s government and the European Union grew deeper after the president of the European Commission launched a scathing attack against “some Italian ministers”. Claiming members of the Lega-Five Star government’s cabinet don’t reveal the real amount of money poured into Rome by the EU, he branded the Italian politicians “liars”. Speaking to EuranetPlus, a radio network focused on news regarding the EU, Mr Juncker said: “Some Italian ministers are liars because they do not reveal the amounts allocated to Italy by the European Union.

“The Juncker plan has created investments in the order of €63.3billion (£54.06billion).

“Do Italians know this? Who knows this?

“They don’t because some Italian ministers say the opposite. They are liars, liars”.

Matteo Salvini and Luigi Di Maio, the two deputy prime minister of Italy and leader of the Eurosceptic government coalition, have often complained about the alleged imbalance between the Italian contribution to the EU and the funds received. 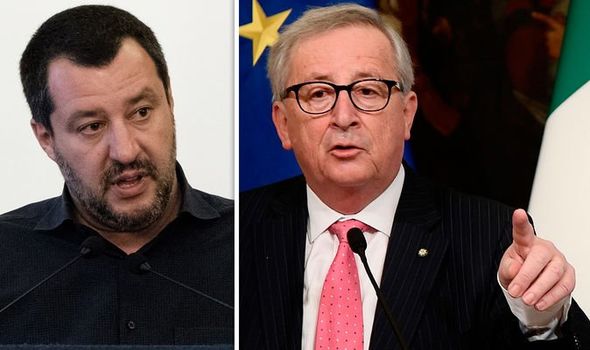 Mr Di Maio, leader of the Five Star Movement, said last summer upon meeting the European commissioner for employment: “I am here to clarify Italy gives Brussels €20billion (£17.08billion) and wants to receive in exchange help.

“Europe must deal with poverty and employment.”

Mr Salvini, the anti-immigration leader of far-right Lega, threatened to stop paying into the EU budget unless Brussels started helping Italy, one of the Mediterranean countries welcoming the highest number of asylum-seekers.

While data of how much Italy has paid into the European budget in 2018 and 2017 aren’t still available, Italy’s contribution in 2016 has been smaller than claimed by Mr Di Maio. 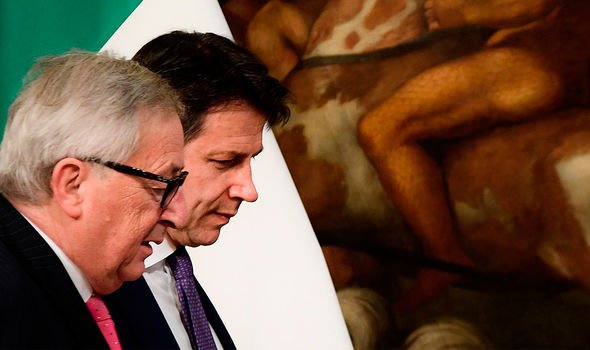 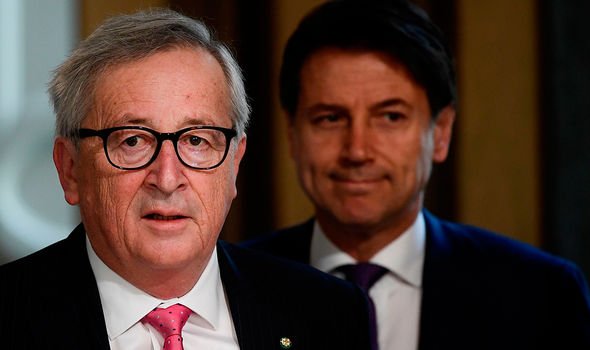 According to European regulations, each member must pay into the EU budget a maximum of 1.2 percent of its GDP.

Italy, which has historically given Brussels more than it has received, was in 2015 the sixth-biggest contributor into the EU budget.

The attack against Italian politicians was launched by Mr Juncker just hours after a head-to-head meeting with prime minister Giuseppe Conte. 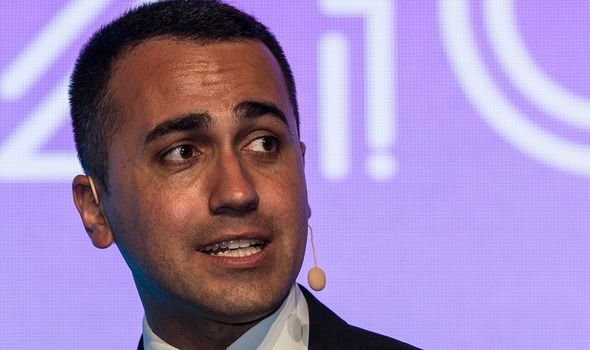 The pair, Mr Juncker said immediately after the talks focused on Italy’s 2019 deficit target, had “a polite and constructive conversation” and said there is still a “great love” between Rome and Brussels.

He added: “The Italian authorities are making additional efforts to keep growth in Italy alive.”

Italy tipped into recession at the end of 2018, as its economy shrank by 0.2 percent after a 0.1 percent decline in the third quarter.